Issa Rae is the first to admit that exercising isn’t her favorite thing to do, but it’s something that, as she puts it, “nurtures her body.”

Speaking to Women’s Health (and gracing the April 2019 cover), the Insecure actress opens up about her health and the fitness routine that motivates her to push through. If anything, it will inspire you to stop making excuses about working out.

“I exercise for, like, an hour each day,” she tells the publication about her 4:55 a.m. work out. “My neighborhood has a bunch of hills. I alternate between walking and jogging. I hate jogging – you’re going in circles, but I recognize that it helps.”

For most, exercising on the daily seems like a chore but as Issa explains, running actually helps with her mental health. And more importantly, she says it gets her creative juices flowing, which is something she discovered by accident.

“You know those earbuds that you put in your ears? I was running, and one fell. It was dark outside and I couldn’t find it. So I was forced to be alone with my thoughts, and I was like, ‘Oh, I need to do this more often,'” the HBO star says of her happy mishap.

Adding, “Those moments are the most creative.” 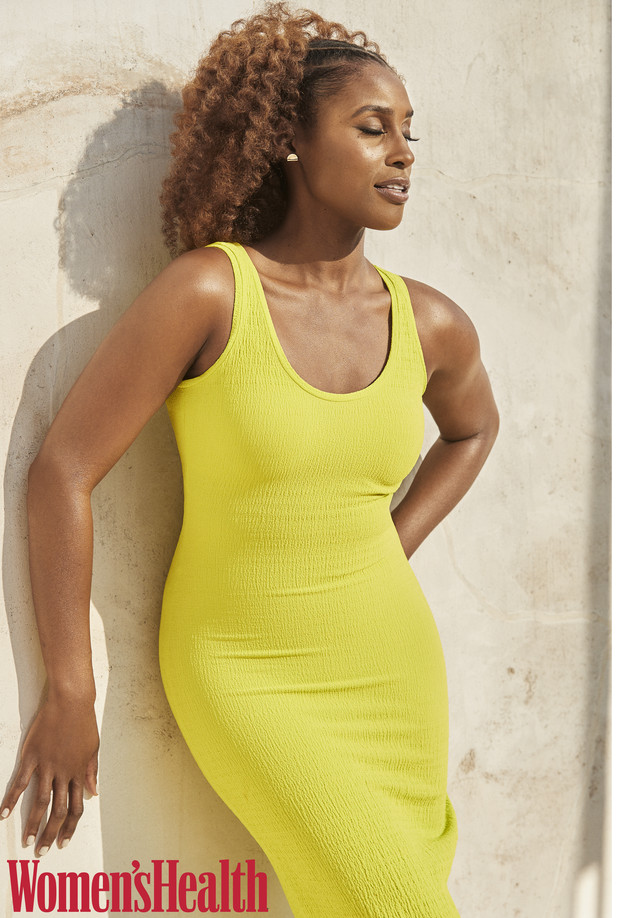 But just because the 34-year-old actress has found a routine that works for her, it doesn’t mean exercising comes naturally.

“I was a big excuse person when it came to exercising and eating right,” she tells Women’s Health. “I’d have spurts of trying to work out and be good. Then once I fell off, I’d be like, ‘Well, there’s always next year. Let me make it my New Year’s revolution.’ But even then, I would still be eating wrong while exercising vigorously.”

She recalls making a change when her weight began to affect her self-esteem.

“Time to work out is so limited, but when I first started seeing myself on TV, I was like, ‘I gotta make time.'”

The Little actress brings up an important topic about health as a woman of color.

“We, as black women, don’t take care of ourselves enough,” she says, remembering a conversation she had with Ava DuVernay about an allergic reaction she unexpectedly got.

Instead of going to the doctor, she recalls thinking she would see one if “it happened again.” However, the Wrinkle in Time director encouraged Issa to prioritize her well-being, which is what she did.

The Insecure star’s journey is a reminder that exercise and health don’t come easy for everyone. But as she puts it, “I think finding those moments while also nurturing your body is important.”