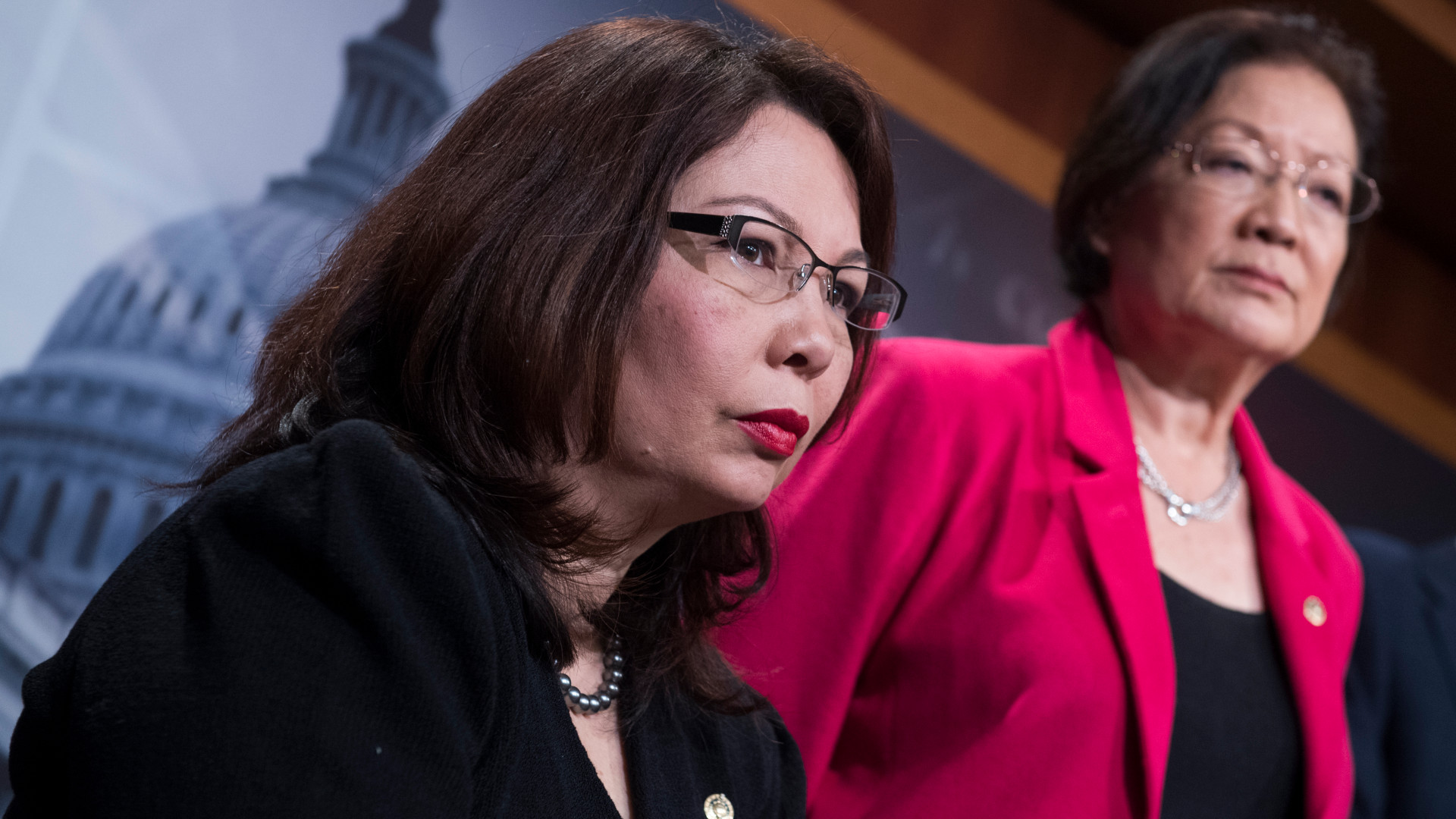 For the first time ever, Senate Democrats will introduce a bill that guarantees every person has access to abortion coverage if they receive health care through the federal government.

Sen. Tammy Duckworth (D-IL) will introduce the EACH Woman Act on Tuesday with support from at least nine other Democrats, including 2020 presidential candidates Sens. Kamala Harris (D-CA) and Kirsten Gillibrand (D-NY).

“I think the key message here is it’s about supporting women of color, working women, and low-income women,” said Duckworth, during a press conference on Tuesday. “A right that’s supposed to be for all Americans is being restricted… It’s fundamentally unfair. I want this to be a discussion moving forward in 2020.”

On the other side of the chamber, Rep. Barbara Lee (D-CA) will re-introduce, for the third time, a nearly identical bill with 109 co-sponsors. Notably, the House bill has 28 fewer co-sponsors now than it did in the last Congress. But given that Democrats maintain control of the chamber, there’s opportunity for committee hearings and perhaps even a vote. This is a stark contrast from actions by Republicans in 2017, who used their majority to pass a bill to permanently prohibit federal dollars from going to abortion. On the press call, Rep. Diana DeGette (D-CO) said Democrats are working to secure a hearing and will be speaking to Speaker Nancy Pelosi (D-CA) about scheduling a vote.

“Last Congress we had 137 cosponsors on this bill. That was two-thirds of the Democratic Caucus. So we already know that there is broad support for this bold legislation and we plan to build on that this Congress,” said Lee, in a statement to ThinkProgress.

The Equal Access to Abortion Coverage in Health Insurance (EACH Woman) Act reverses the Hyde Amendment, an appropriations rider passed annually since 1976 that bars abortion coverage in Medicaid, a federal-state program for people who are low-income and disabled. What’s more is the bill would restore abortion coverage not just in Medicaid but every federal program that provides health care, like the Indian Health Services, Federal Bureau of Prisons, Veterans Administration, and Peace Corps. It also bars legislators from interfering with abortion coverage in private insurance.

The bills are the manifestation of grassroots activism. For the last five years, activists with a coalition of over 130 organizations named the All* Above All campaign have been meeting with lawmakers and educating them about the harms of Hyde. In those conversations, activists have underscored that this is an equity issue because people with lower socioeconomic status are the ones actually impacted by anti-abortion measures. Women and gender minorities of color are also disproportionately impacted, as the majority (51 percent) of Medicaid enrollees of reproductive age are people of color, per the campaign’s fact sheet.

“It’s really been public education and advocacy and lobbying at its finest,” said co-director of All* Above All Destiny Lopez.

The campaign’s first success came in 2015, when Lee introduced the EACH Woman Act. Since then, it has been introduced two more times. The Senate, on the other hand, took longer to introduce its version.

“[Senators] needed some more time to really understand impact, but we knew that we would get them there and that this was going to be a longer process. It’s a marathon, not a sprint,” Lopez told ThinkProgress.

“I believe that as the Trump Administration and its allies work as hard as they can to take away access to safe, legal abortion in our country and move women backward, we need to do even more to lay out our vision for ensuring every woman—regardless of how she is insured, her zip code, or her income—can make the decisions that are right for her,” Sen. Patty Murray (D-WA) told ThinkProgress in a statement.

The EACH Woman Act, which ensures coverage for all pregnancy-related services like abortion, is not going to become law, as Republicans still control the Senate and White House. But that’s not the objective — at least not right now.

“We need to have a message bill or a vision bill to really help us find something to be for rather than constantly being responsive in a defensive posture that Republicans or anti-choice politicians put us in,” said Lopez.

It’s also about ensuring supportive lawmakers don’t forget about abortion when they talk broadly about health care. So far, the All* Above All campaign helped sway Democrats to repeal Hyde in the House and Senate Medicare-for-All bills. DeGette said abortion coverage “would be in any [Medicare-for-all] legislation that would pass in the future.”

This piece was updated with statements from the sponsor and co-sponsors of the bill.