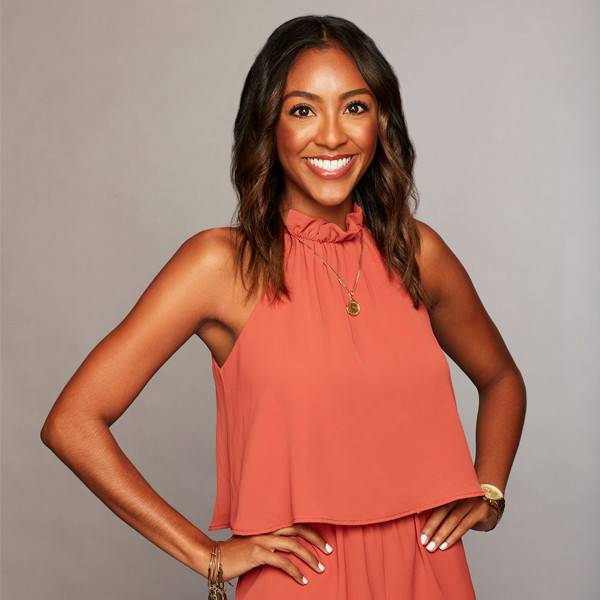 Colton Underwoodisn’t the only one leaving Portugal with a broken heart.

After Cassie‘s shocking departure on last week’s episode, Colton made up his heart to finish the show, even if it meant going home without a fiancé. By the time the producers found him walking the streets of Portugal, Colton’s decision was already made up. He told Chris Harrison: “I’m done.”

The next morning, the bachelor met with Tayshia to officially break up with her. Colton choked back tears as he told Tayshia, “You’re incredible and I just owe you the respect and the honesty like we’ve been with each other this while time of where I’m at right now. I feel like I knew that I was falling for you, but in my heart I know I can’t love two people.”

That’s when he dropped the biggest bombshell on Tayshia, who admitted she was falling for him just days before. “I love Cassie,” he confessed.

Instead of responding to him in front of the cameras, Tayshia and Colton walked into a separate room, where it appears Colton broke into sobs.

Despite the fact that Tayshia was the one that just got dumped, she took on the role of comforting Colton. “Don’t cry please. Are you OK? I don’t even now what to say honestly right now,” she consoled. “It’s fine.”

However, as she held a crying Colton, she realized that this was the end of the road for her and Colton. Tayshia asked, “I don’t want to go through this. I don’t want to. Oh my God. So this is, like, it?”

“You’re amazing. Thank you for everything,” Underwood responded.

Perhaps Tayshia handled herself so well in the situation because of the look Colton had when she opened the door for him on that fateful day. “The look on his face is what made my whole demeanor change. He was shaking. He looked like there was something really wrong. He needed to talk to me,” she explained to Chris Harrison. “Right then and there this is not good.” As the breakup unfolded, it proved Tayshia’s gut instinct was right.

It didn’t make their goodbye any easier though. She added, “I wasn’t necessarily ready for my journey to end right then and there.”

Despite her abrupt departure, it seems like Tayshia has no bad feelings towards the man she hoped to get engaged to. She told Chris Harrison, “We had a lot of amazing memories and a lot of firsts together. I truly saw a better version of myself. I grew tremendously because of Colton.”

And when it came time for Colton to face Tayshia, he stood fast in his decision to send her home. “I stand by the decisions that I made. When I felt something I wanted to say it. I didn’t want to hold back very often,” he told her.

Tayshia maintained the same composure as she has throughout the whole season and told Colton, “I just wish the best for you. I will not take anything that I’ve learned for granted. I cherish a lot of the memories that we made. I’m so proud because of the women that I’ve become because of this journey.”

Tune into ABC tomorrow night at 8 p.m. for part two of the finale.