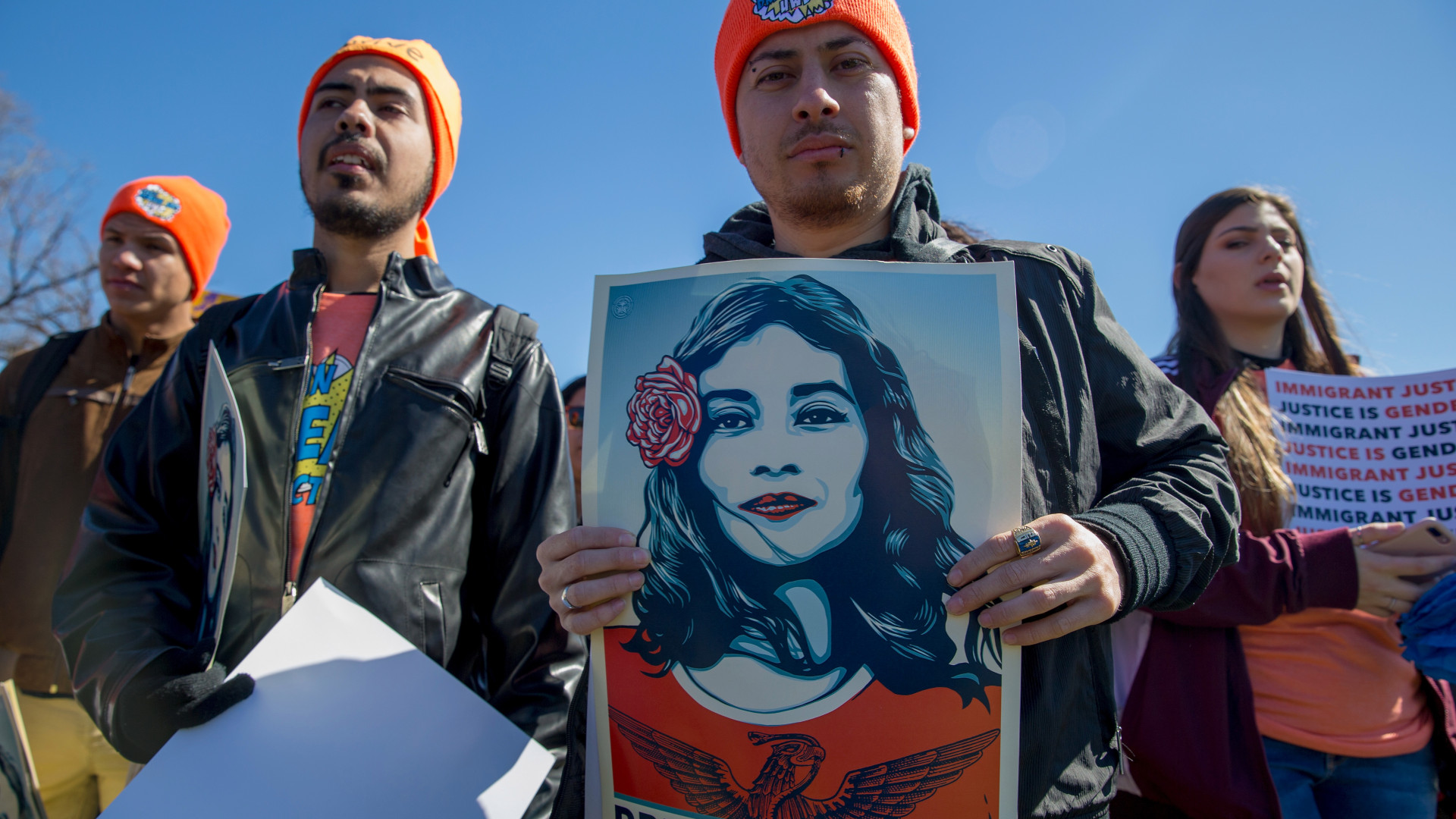 While previous iterations of the bill focused narrowly on providing a path to citizenship only for undocumented youth brought to the United States as children, the new version does this in addition to expanding it to include immigrants with Temporary Protected Status (TPS) and Deferred Enforced Departure (DED). With the inclusion of TPS and DED recipients, the DREAM Act has rebranded to the Dream and Promise Act of 2019, to reflect the government’s longtime goal to make good on its promise of providing permanent solutions to legal immigrants who have been living at the whims of the federal government for decades.

Like the DREAM Acts that came before it, the Dream and Promise Act would grant undocumented immigrant youth — known as “Dreamers” — conditional permanent resident status for 10 years and cancel any removal proceedings so long as they: have been continuously physically present in the United States for four years preceding the date of the enactment of the bill, were 17 years or younger when they first arrived in United States, pass a background check, have a clean criminal record, and graduate from high school or an academic equivalent.

In order to obtain lawful permanent resident status, Dreamers must graduate from a U.S. college or technical school, complete two years of military service, or be employed for at least three years with 75 percent of that time under an authorized work visa.

Other provisions in the Dream and Promise Act aimed at protecting Dreamers include repealing Section 505 of the Illegal Immigration Reform and Immigrant Responsibility Act of 1996, which penalizes states that grant in-state tuition to undocumented students on the basis of residency. Eighteen states and the District of Columbia presently offer in-state tuition to undocumented immigrant students. Undocumented immigrant students are currently prohibited from being awarded federal financial aid and only 10 states allow them to unlock state financial aid. The Dream and Promise Act, however, would change this to allow Dreamers to have access to federal aid.

The bones of the DREAM Act have largely remained the same since 2001, when the bill was first introduced in the House by former Rep. Luis Gutiérrez (D-IL) and in the Senate by Sens. Dick Durbin (D-IL) and Orrin Hatch (R-UT). What makes the Dream and Promise Act different, however, is that it for the first time includes protections for TPS and DED holders.

There’s an unprecedented level of urgency with this version of the DREAM Act because the Trump administration has pulled the legal rug out from under thousands of immigrant families. This anxiety is most immediately felt for Liberian DED holders. Last spring, the Trump administration announced last spring that it will end temporary immigration protections for Liberians, leaving them with just one year to pack up their lives and return to countries they’ve spent apart from.

“DED holders are in constant fear,” Joseph Sackor, the advocacy committee chairman of the Refugee Congress, an advocacy organization run by refugees, told ThinkProgress. Sackor, originally from Liberia, has worked closely with DED holders in the months leading up to the March 31, 2019 deadline.

“Psychologically, they cannot wrap their minds around potential deportation that awaits them and how their lives will be interrupted,” Sackor said. “Who will parents in mixed status families leave their children with? These are educators, entrepreneurs, and medical staff, they have built lives here in the United States over the last two decades.”

“Having [DED] included in the new DREAM Act is the right thing to do because so many Liberians will end up undocumented at the end of the month, just like the Dreamers,” Sackor added.

The same is true for hundreds of thousands of TPS holders who will face deportation if Congress or President Donald Trump choose not to renew their status in the future. The Trump administration decided to end TPS protections for six out of the 10 designated countries, affecting immigrants from El Salavador, Haiti, Honduras, Nepal, Nicaragua, and Sudan.

According to a report from the Center for American Progress, approximately 620,000 Americans live in a household with a family member who is a TPS beneficiary. TPS holders have a labor participation rate of 87 percent, and mostly work in construction and cleaning. Their households contribute $2.3 billion in federal taxes and $1.3 billion in state and local taxes annually. (Editor’s Note: ThinkProgress is an editorially independent newsroom housed within the Center for American Progress Action Fund.)

Faced with a court injunction, in early March, the administration temporarily extended protections for nearly 94 percent of all TPS holders until January 2020. This included 200,000 TPS holders from El Salvador, 50,000 from Haiti, 2,500 from Nicaragua, and 1,000 from Sudan. Protections for Nepalese and Honduran TPS holders are currently being fought in a lawsuit.

The Dream and Promise Act would provide TPS and DED holders with lawful permanent residence status if they have been in the United States for three years before the bill is enacted and either had or were eligible for TPS on September 25, 2016 or had DED status as of September 28, 2016.

While the bill has received bipartisan support in the past, it hasn’t been enough to move a bill forward to the president’s desk. Currently, there are no Republican co-sponsors to the Dream and Promise Act.

Democrats and activists, however, are optimistic that there are enough Republicans willing to work across the aisle to pass this bill.

“The DREAM Act has a long, rich history of being very broadly supported on both sides,” Douglas Rivlin, director of communications for America’s Voice, a nonprofit that supports immigration reform. “From [Republicans’] perspective, it doesn’t make a lot of sense to turn a bunch of TPS and DED holders into undocumented immigrants.”

“The x-factor is how scared they are of going against the president,” he added.

Republicans have had their fair share of objections to the DREAM Act throughout the years. As recently as last week, Rep. Doug Collins (R-GA) at a House Judiciary Committee hearing said the DREAM Act is “beyond us” now unless it includes funding for “border security.”

At the same hearing, Rep. Ken Buck (R-CO) said, “We are kidding ourselves if we think that all DACA recipients could even pass a background check.”

All Dreamers under Deferred Action for Childhood Arrivals (DACA), however, undergo extensive fingerprinting and background checks before each renewal.

“When it comes to participating in these two programs, you know these folks have gone through background checks,” Rep. Norma Torres (D-CA), a co-sponsor of the bill and member of the Congressional Hispanic Caucus told ThinkProgress, dismissing Republican criticisms. The group, under the leadership of Chairman Rep. Joaquin Castro (D-TX) spearheaded this latest version of the DREAM Act.

Regardless of how much support the Dream and Promise Act will eventually receive, the fact of the matter remains something needs to be done to in order to protect law abiding immigrants in the United States. Former House Speaker Paul Ryan (R) once told Dreamers that they can “rest easy” because Congress will take care of them. But Dreamers and immigrants with TPS and DED don’t want to rest, they want action.