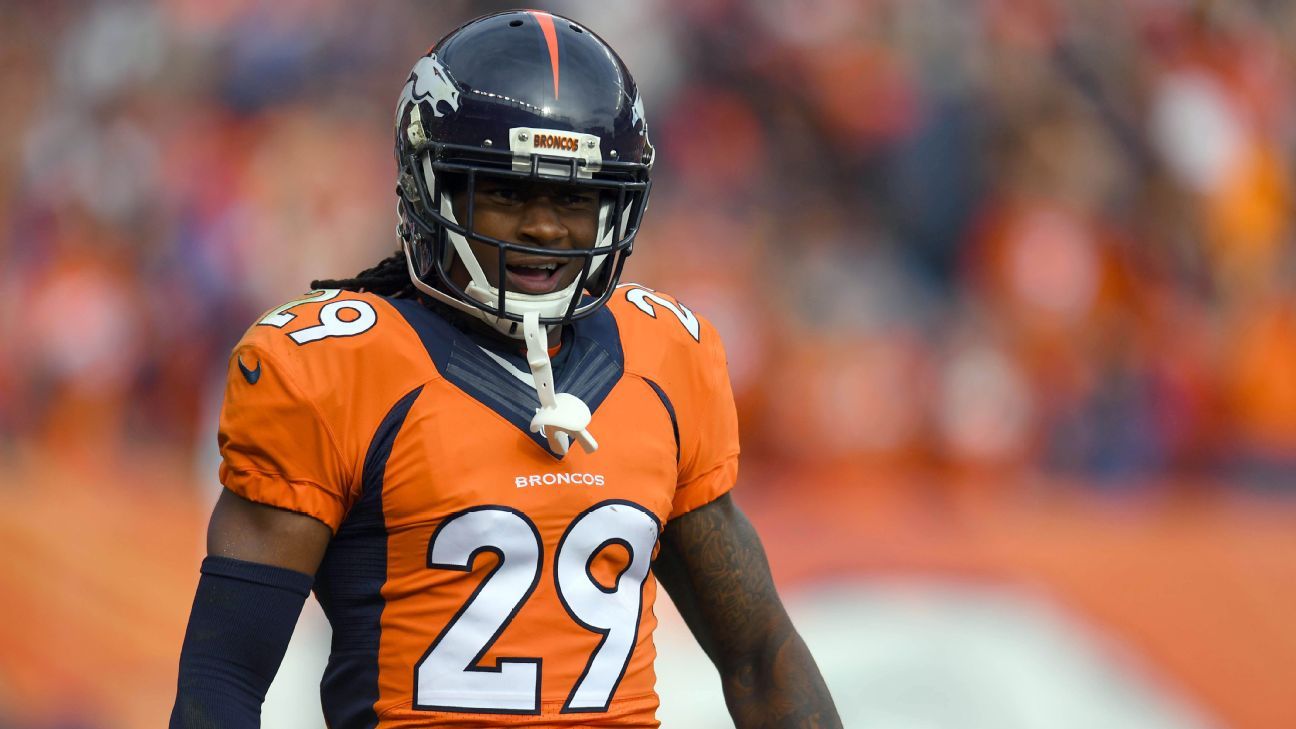 Former Broncos cornerback Bradley Roby told 9News in Denver that he intends to sign a one-year, $10 million contract with the Houston Texans.

He told 9News that he turned down a three-year offer from the Pittsburgh Steelers and a one-year offer with the San Francisco 49ers.

“It’s a prove it deal. I feel like I should go back in (the market) while I’m still young,” he told 9News.

He will replace cornerback Kevin Johnson, who was released by the team and signed with the Buffalo Bills this week. The Texans also will lose safety/cornerback Kareem Jackson, who intends to sign a three-year contract with the Broncos.

The 26-year-old Roby, a key rotational piece in the Denver Broncos’ “No Fly Zone” secondary for his first four seasons in the league, saw his opportunity as a starter unravel a bit this past season.

His 50 tackles this past season were the second-highest total of his career, but Roby battled consistency issues for much of the season. The peak of the difficulties may have come in a Week 5 loss when three New York Jets touchdowns — two passing, one rushing — came largely at the expense of Roby, a first-round pick (31st overall) in 2014.

The Broncos consistently treated Roby as if he were a starter in the nickel and dime packages over his first four seasons with the team. The team thought so much of his work that they traded Aqib Talib before the 2018 season, believing Roby was ready to start in Talib’s spot opposite Chris Harris Jr.

Roby played better in the second half of the 2018 season, but his effort was publicly questioned by then-ESPN analyst Jason Witten in the closing minutes of a Christmas Eve Monday night loss to the Oakland Raiders.

After a Raiders’ running play, Witten singled out Roby on a replay, saying “you never quit in the NFL,” and said coach Vance Joseph should pull Roby from the game. Both Roby and Joseph disputed the characterization.

“For him to characterize me as a quitter, quitting on my team, I feel like that’s the most disrespectful thing you can say in a team sport,” Roby said at the time. “… It was really a mistake. I thought the play was over; I was wrong. But for him to say that, it just made me mad.”

Roby has had moments in his young career that many personnel executives say show a great deal of potential. Among them, making 64 tackles as a rookie, scoring two touchdowns in 2016, and having seven career forced fumbles.