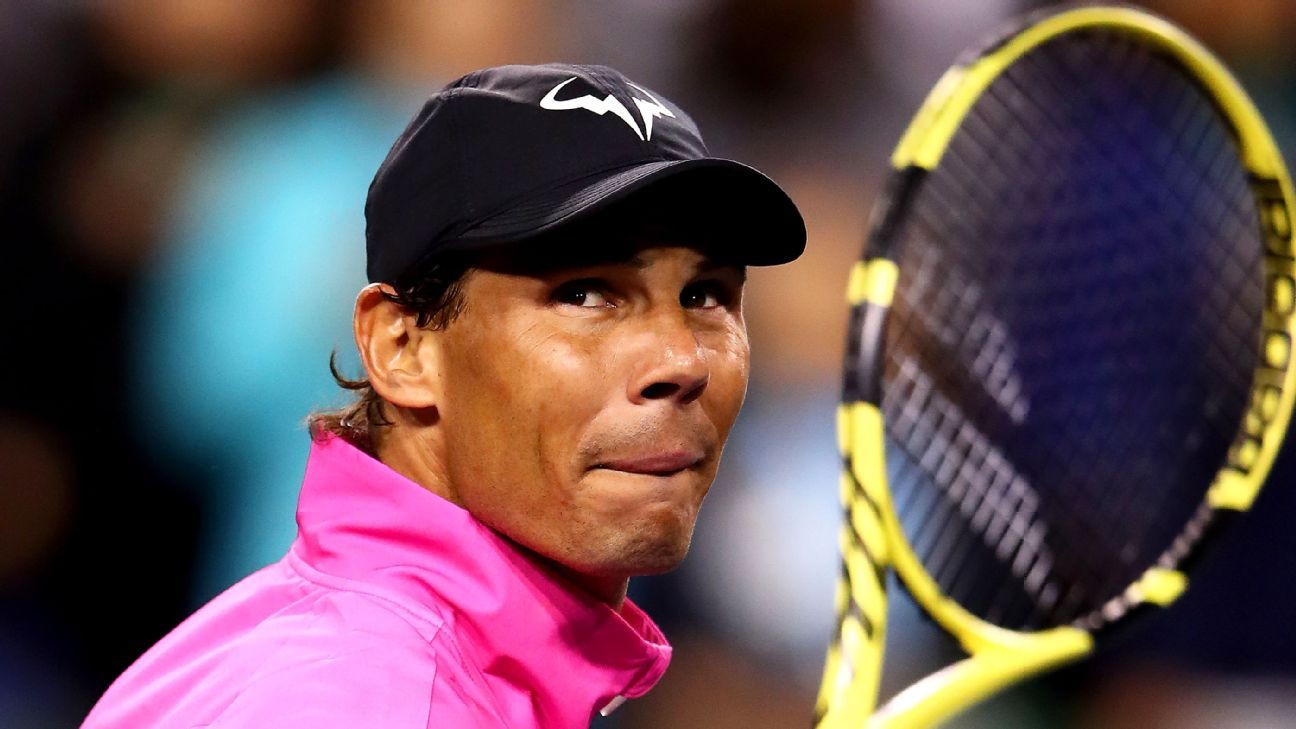 The ATP Player Council’s recent decision not to renew the contract of ATP president Chris Kermode — and the infighting that accompanied that surprising move — suggest that a significant number of players are unhappy with the way their sport is organized and run.

That’s a sudden and somewhat radical shift, especially in light of the praise that has often been heaped on Kermode during his innovative five-plus years in office. (The ATP president serves three-year terms; Kermode’s second three-year contract expires at the end of this year.)

Also ominous: the lack of support by many elite players — including Roger Federer, Rafael Nadal and Stan Wawrinka — for this move.

With all that in mind, here are some FAQs to bring you up to speed on what led to this, what’s next and everything in between.

Why is Kermode in the crosshairs?

The main decision-making body of the ATP World Tour is the board of directors, which consists of three player representatives, three tournament representatives, and an executive chairman and president (Kermode). The president casts the deciding vote on any issue when the vote is deadlocked 3-3. The disgruntled players basically feel that Kermode sides too often with the tournament reps and their desires.

Novak Djokovic, president of the player council that selects the three player reps on the ATP Board, refused to say publicly whether he was for or against Kermode’s ouster but has called for “major changes” in the decision-making structure.

Put simply, the players in the anti-Kermode camp are saying they’re angry and they’re not going to take it anymore.

Why are the players and tournaments in partnership anyway?

This is the problem in a nutshell. The ATP players painted themselves into a corner in 1988 when they severed ties with the governing body of the game (the Men’s Pro Council) in the famous “Parking Lot Revolution” — so-called because the activist players and their business-minded allies (led by Hamilton Jordan, an adviser of former U.S. President Jimmy Carter) announced their coup at a news conference held in a parking lot at the US Open in Flushing Meadows.

The ATP players, however, knew they lacked the expertise to create and run a pro tour from scratch. So they struck up the current partnership structure. They brought many of the existing, successful tournaments (including Indian Wells) and some new ones into a new template that has changed little over the years.

What did Kermode achieve?

This is where it gets tricky — and controversial. Prize money in tennis has more than doubled on Kermode’s watch. Attendance has soared. Kermode was the prime mover behind the successful Next Gen tournament in Milan and the new ATP Cup (in partnership with Tennis Australia), a Davis Cup-like international team event that will be played at three different locations Down Under as a lead-up to the first Grand Slam of the year starting in 2020.The ATP World Tour Finals in London’s 02 Arena are a massive success.

Those are some of the reasons why Nadal told the BBC last week, “I personally believe Chris did a good job.”

What does the anti-Kermode camp want?

Basically, more money and more job opportunities for more players. Kermode is accused by some of not doing enough to improve prize-money distribution for the rank and file. Djokovic (who has personally salted away nearly $129 million in career prize money) has taken up the cause of the journeymen. But issues like revenue sharing and participation in merchandise marketing also loom on the horizon.

In a now-famous leaked email earlier this year, Vasek Pospisil, best known as a Wimbledon doubles champion (with Jack Sock), exhorted his fellow journeymen to “start acting and running like a business not like a bunch of scared kids. … We need a CEO that first and foremost represents OUR interests.”

Is there really a rift among the players?

On this issue, there certainly appears to be. And it highlights a constant fact of tennis life: The interests of the best players are not necessarily the same as those of their lower-ranked brethren — and prize money isn’t the whole of it. Stars like Federer, Nadal and Wawrinka feel that they carry the tour. Who’s going to buy a ticket to a tournament where Pospisil is the top seed? Most of the elites feel Kermode is doing a fair job balancing the needs and desires of the constituencies.

Djokovic is the outlier. Is he trying to do the right thing, or positioning himself as a political figure in an attempt to distinguish himself from the two men who have always overshadowed him, Nadal and Federer? If it’s the latter, it may help explain why Federer seems to be distancing himself from the debate. “All this is political,” he told reporters at Indian Wells, “and I don’t need to be involved.”

Why don’t the ATP players just create a player’s union, like the NFL?

In order to form a union, at least by U.S. law, the prospective members must be employees. Their bid must be officially approved by the National Labor Relations Board because a union is exempt from federal antitrust laws.

Tennis players, however, are not “employed” by tournaments; they are independent contractors. As such, they are free to form “associations,” but those groups cannot strike if they have a monopoly in their field (as the ATP and WTA do) because doing so would violate antitrust laws.

What does this mean for the Grand Slams?

Oddly, it may mean nothing at all. The Grand Slams operate independently of the ATP World Tour, although there is plenty of engagement between them. Furthermore, each Grand Slam is an independent entity. If Wimbledon chooses to increase first-round loser money by 66 percent (as it has in the years since Kermode has been in office), the other majors may — or may not — choose to follow.

The players have long hungered for a larger slice of the Grand Slam revenue pies, but they have no clear path to securing it other than good-faith negotiation. In 1973, the nascent ATP did boycott Wimbledon, but a few pros broke ranks and the tournament was successful despite missing most top stars, including defending champ Stan Smith.

Kermode will stay on until the end of the year. Meanwhile, headhunters will go out and recruit candidates to replace him. When it comes to leadership, the track record of the ATP has been mixed.

“I am not a very big fan of changing things very often,” Nadal told reporters at Indian Wells last week. “I really think there’s a lot of things to do — we need to sign a contract for the World Tour Finals, and there’s a new ATP Cup. When you change, you go through a process. A new president needs time to know all the things and create a team, so in my opinion changing the president will stop the process of improving our sport.”

Change, however, is almost surely coming.