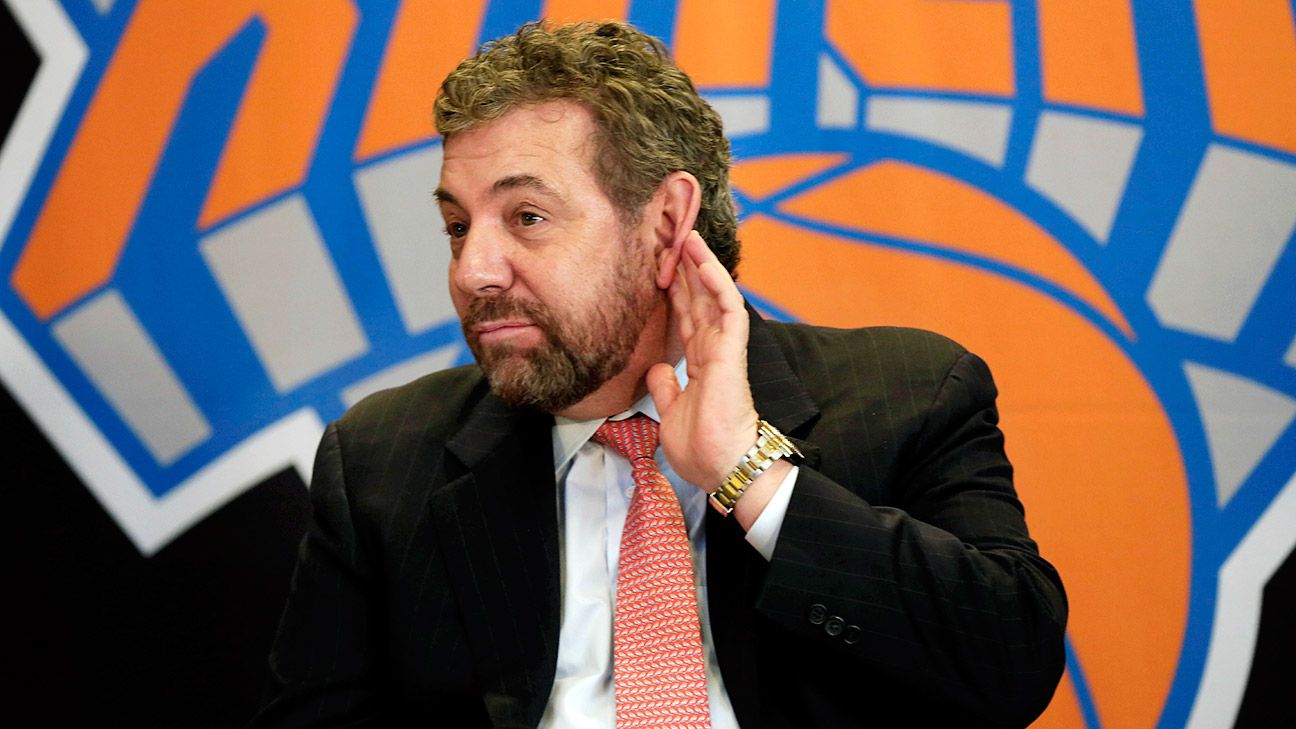 Knicks owner James Dolan said the fan who confronted him and told him to “sell the team” after New York’s loss to the Sacramento Kings on Saturday has been banned from Madison Square Garden.

On “The Michael Kay Show” on 1050 ESPN New York on Tuesday, Dolan called the confrontation an “ambush” and said the fan sold the video to TMZ.

“The ban is only coming from the fact that we now have learned that he planned it,” Dolan said. “They were stalking me. You can’t do that in Madison Square Garden. You are not allowed to stalk the owner and then confront him like that.

“Those particular guys had planned on making that video and selling it on TMZ.”

The exchange began when the fan yelled at Dolan to “sell the team” as he was walking into the tunnel. The billionaire stopped and responded, “So you think I should sell the team?” and waved the fan over.

“You want to not come to any more games?” Dolan asked, adding that the fan’s comment was rude.

When the fan protested by saying he was just stating his opinion, Dolan answered: “No, it’s not an opinion. And you know what, enjoy watching them on TV.”

Dolan then pointed to the fan and nodded toward security, who instructed the fan to be held. TMZ reported security and police questioned the man before asking him to leave the arena.

Dolan said Tuesday he had originally planned on inviting the fan back and letting him meet the team in an effort to show him that the franchise was headed in a positive direction. However, he said, that changed when it “became clear that the whole thing was planned.”

Dolan also addressed rumors that he was considering selling the team.

“For the record, I am not selling the team and I am not quitting,” Dolan said.