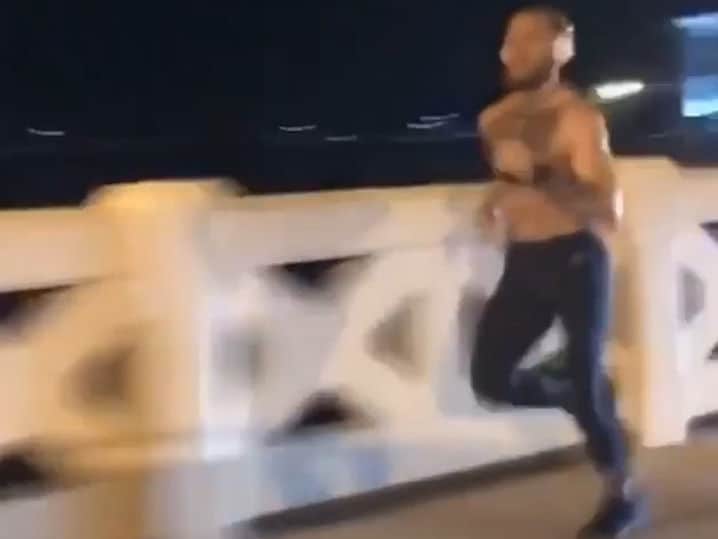 It’ll All Work Out

Conor McGregor went right back to business after getting released from jail Monday night … hitting the streets of Miami for a late-night run!!!

As we previously reported … the UFC superstar was arrested after he allegedly smashed a fan’s phone for trying to take a pic of him outside Fountainebleu Hotel early Monday Morning in South Beach.

He was booked for robbery/strong-arm and criminal mischief over $1,000 — the price of the fans phone — and was released a few hours later around 8PM.

Now, we know exactly what Conor did after getting out of the slammer … ’cause we’ve obtained video of the Notorious going on a shirtless jog shortly after he posted his $12,500 bond.

Yeah, Conor (seemingly) ain’t worried … and maybe for good reason. He was initially charged with a felony after the NYC bus incident with Khabib — but only struck a deal and only ended up with 5 days of community service.

Conor’s attorneys released a statement on Monday … saying “Last evening Conor McGregor was involved a minor altercation over a cell phone that resulted in a call to law enforcement.

“Mr. McGregor appreciates the response of law enforcement and pledges his full cooperation.”