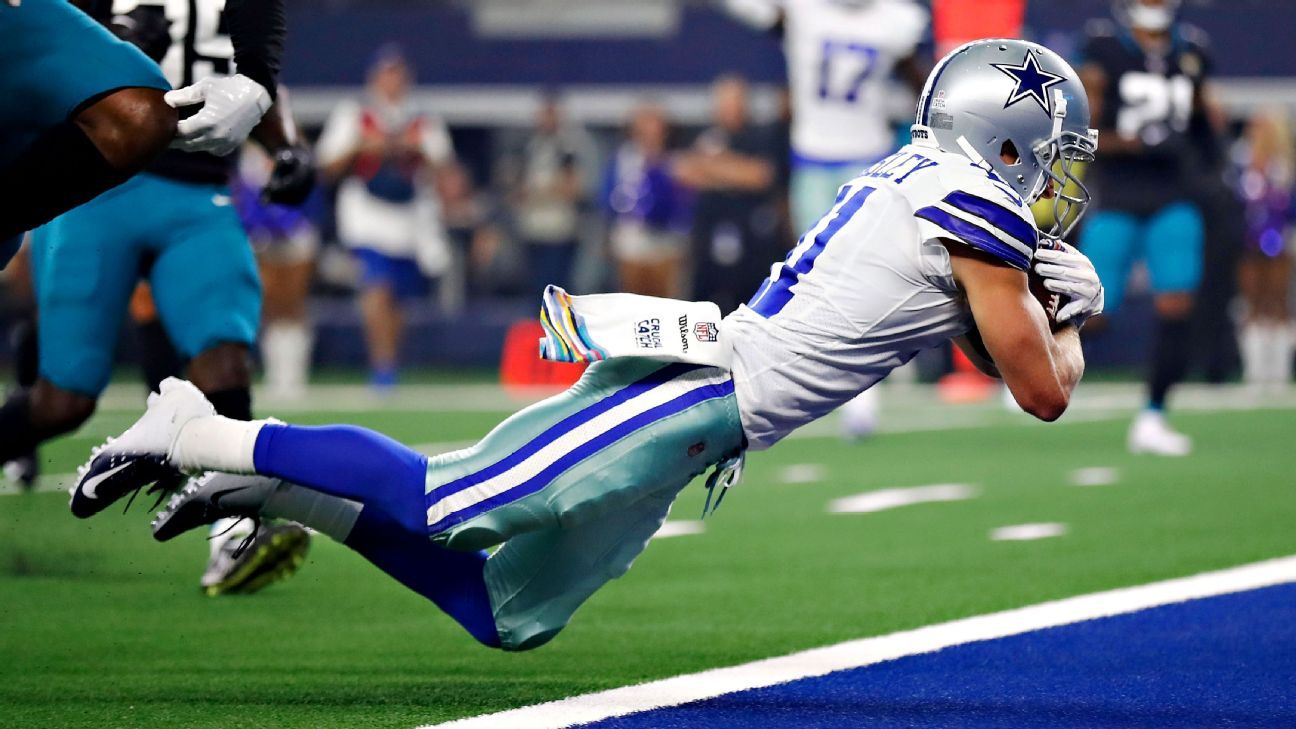 Beasley, 29, has developed into one of the NFL’s better slot receivers with the Cowboys, and he has an ability to find soft spots in zone coverages while also possessing elite quickness that makes him difficult to match up in man-to-man coverage.

Brown, 28, showed flashes of being one of the best deep threats in the NFL in his only season with the Baltimore Ravens. Brown, Mike Evans and Tyreek Hill were the only receivers in the league to produce at least 700 yards receiving, five touchdown catches and an average of 17 yards per catch.

Beasley joined the Cowboys as an undrafted free agent in 2012 and worked his way up to one of their more valuable receivers by his second season. Working mostly out of the slot, Beasley has caught 319 passes for 3,271 yards and 23 touchdowns in his career.

His best season came in 2016, when he set career highs with 75 catches for 833 yards as Dak Prescott’s favorite target. He also tied his career high with five touchdown receptions. His numbers dropped dramatically in 2017 — 36 receptions, 314 yards and four touchdowns — but he rebounded in 2018, finishing second on the team with 65 catches for 672 yards and three touchdowns.

At times, he expressed his frustration with a lack of opportunity, saying early this offseason that the Cowboys’ front office dictates who gets the ball. He backtracked slightly from those comments, but he wanted to be in a position to help an offense more.

The firing of offensive coordinator Scott Linehan was seen as a potential bonus for the Cowboys in their attempt to re-sign him.

Beasley grew up in Little Elm, Texas, and played at SMU before joining the Cowboys in 2012.

Last season was wildly uneven for Brown because of the Ravens’ change at quarterback. In the first nine games, with Joe Flacco as the starter, Brown had 34 catches for 601 yards and four TDs. In his last seven games with Lamar Jackson, Brown managed eight receptions for 114 yards and one touchdown and watched a couple of passes sail over his head when he was wide-open downfield.

Brown signed a one-year, $5 million deal with Baltimore before last season in an effort to parlay a bigger deal in free agency in 2019. He delivered his best numbers — 42 catches for 715 yards and five touchdowns — since 2015.

Brown played in all 16 games for the second time in his career, which should quiet durability concerns. He was diagnosed with the sickle cell trait as a member of the Arizona Cardinals in October 2016, when MRIs revealed no issues with his sore hamstrings. Carriers of this trait are more likely to experience muscle breakdown when doing intense exercise than those who don’t have it.

A third-round pick (91st overall) in 2014, Brown played his first four seasons with the Cardinals before joining the Ravens. Over the past five seasons, Brown has caught 33 passes of 20 or more yards.

The loss of Brown continues a makeover for the Ravens at wide receiver. Baltimore cut Michael Crabtree in February, creating $4.7 million in cap space. Willie Snead is the only returning receiver for the Ravens who caught more than 20 passes in 2018.

ESPN’s Todd Archer and Jamison Hensley contributed to this report.