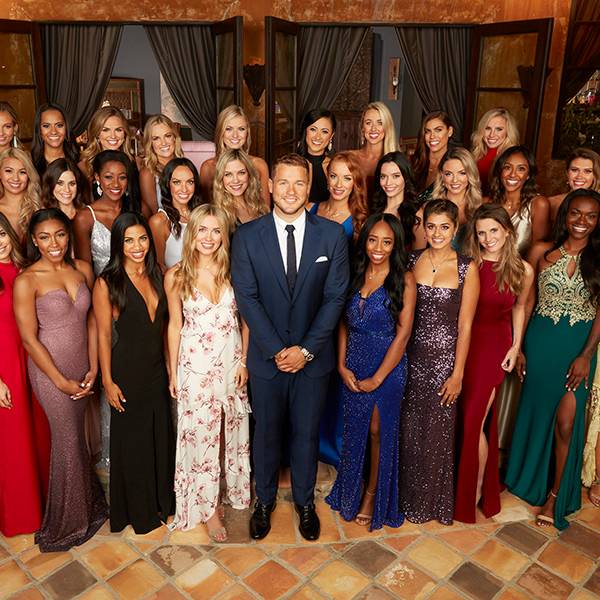 Well, we’ve made it. Colton Underwood‘s season of The Bachelor is drawing to a close and, like seasons prior, has had its fair share of dramatic and emotional moments. Part one of the two-part “most dramatic season finales in history” included not one but two breakups: Hannah G. and Tayshia. Both women confronted him about their respective splits  (and closure, at least for Tayshia) on the live taping and their words say it better than any recap could even try.

Unlike other seasons, however, this year involved a highly anticipated fence jump that occurred after one of the final three women, Cassie Randolph, broke Colton’s heart moments after he professed his love for her. Chris Harrison has been promising us all season that the finale will be “gut-wrenching” and unlike anything we’ve ever seen before. But really.

Colton began his journey for love with the “virgin Bachelor” cloud hanging over his head and he said at the beginning that he was always “candid” about it but it’s “just a small part” of who he is at his core.

He insisted to E! News’ Zuri Hall that he followed his own path and heart throughout the season.

Colton’s season was off to the races ever since night one. We saw the evolution of Miss Alabama Hannah Brown and Miss North Carolina Caelynn Miller-Keyes‘ rivalry turn into something more peaceful. Caelynn also shared a very personal story during her one-on-one date in Singapore where she opened up about getting sexually assaulted in college. A few episodes later, she found a target on her back when some fellow women accused her and Cassie of being there for the wrong reasons.

Despite her attempt to make “a big move” on Colton, the former football player ultimately sent her home before that could happen. On a more PG-rated note, however, he did turn Heather from being “never been kissed” to “has been kissed.” Hooray! There were literal fireworks there, too.

This is surely not the last we’ve seen of a handful of the women from Colton’s season. As one Bachelor franchise door closes, another one opens: Bachelor in Paradise. Get your margs and scallop fingers ready, because it’ll be here before we know it.

As we close out Colton’s season, check out some of the funniest, saltiest and overall best comments from Bachelor Nation below.

My last year in gifs… a thread: pic.twitter.com/0qus9fiNZr

“Maybe at the end of the day she’s just not that into you”. Chris harrison going straight for the jugular #TheBachelor

I LOVE that a lead of the show is following his HEART & not acting like the women need to chase him. #TheBachelorFinale

Hannah has the hardest breakup because there’s no closure. Like how do you move on from “I might be making a mistake”? #TheBachelorFinale

Coco really had the best group of gals. The most “villainous” one was me and u can hardly even call me that. He was blessed with beautiful women with beautiful hearts #TheBachelor

Based on a true story. #TheBachelor pic.twitter.com/RuRacjCWuV

Me after two months of waiting for a fence jump #TheBachelor pic.twitter.com/8BwYCZ3RQk

Tbh, the only persons name I know from this season is Fence. #TheBachelor

That feeling when Colton finally jumps over the fence tonight #TheBachelor pic.twitter.com/GRtGauaYMN

Me @ Women Tell All #TheBachelor pic.twitter.com/CONWmUekSd

This is how I prepared for this day #TheBachelor pic.twitter.com/z1IQolVpWY

I feel bad for the camera guys that had to film all these #TheBachelor https://t.co/KBrmRZoCVc

Let’s keep the focus of tonights episode on the women and their families, not the fence. Thanks in advance #TheBachelor

I forced a bot to watch 1,000 hours of #TheBachelor and then asked it to write an episode of its own. Here is the first page. pic.twitter.com/5qXnSiHxjd

I gotchu… how about I break up with 5 tonight? https://t.co/ZKql24DrZX

These next three are not shade, but a note for viewers.

Thank you for your strength and your courage. ❤️ #TheBachelor pic.twitter.com/VKfUsxGlBf

If a friend shares that they’ve been sexually assaulted, here are a few ways that you can respond with kindness and empathy: https://t.co/JA6EQjMtsn #TheBachelor @BachelorABC

Hard to tell the difference between the leeches and the other blood sucking parasites on this show. #TheBachelor

Tonight, I am grateful to Hannah B – completely ignoring all lessons to be learned from every previous season of #thebachelor and continuing a petty feud ad nauseam.

What is it with all these people wearing shoes in the bed???

WHO RAISED YOU?!? #thebachelor

I think we’re all seeing why Caelynn beat Hannah B in the pageant. #TheBachelor

This just like having a blind man judge the National Dog Show competition.#thebachelor

I need to tell you guys something. I am on The Bachelor tonight. Colton loses his virginity to me. I have no other comment at this time. pic.twitter.com/0H6W0GQC8i

Did she just toast to her f*cking self? #TheBachelor

I made a list of the final 6 women from my season who didn’t get a group date rose.

What’s funny about Sydney interrupting Onyeka’s time by banging on a pan, I’m doing the same thing right now in my living room. Except I’m smashing a skillet into my face over and over again.

Demi: “I’m not worried about the other girls”

These girls make me miss my 23-year old skin #TheBachelor

Who said the best part of this season of #thebachelor is that they haven’t shown Colton yet???

Any if anyone else in the country feels like proposing tonight, please call @chrisbharrison at 310-555-1212 #thebachelor

Is anyone drunk yet from taking shots anytime they say “virgin”?

Found my old Bachelor application. Totally forgot there were only 2 questions.

-Are you interested in quitting your job and selling Fit Tea from home?

-Do you want to start a podcast?

I’m calling it now. If Hannah Godwin doesn’t win… she will be the next bachelorette. #thebachelor

You heard it here first: Sloth Girl will definitely be on Paradise.

We’ll continue to update this post as the season continues. Stay tuned for more!