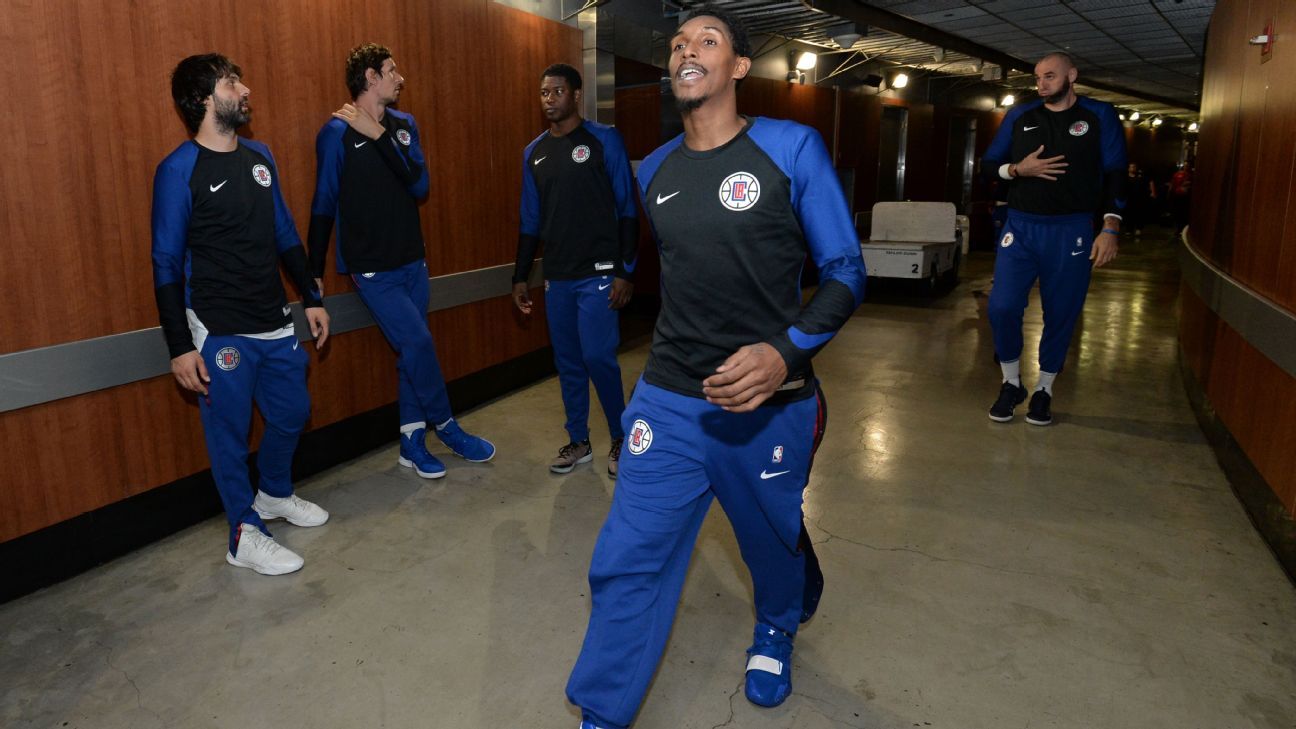 LOS ANGELES — When Lou Williams started his pro career in 2005 coming off the bench in Philadelphia, he felt some “resentment” and a burning desire to prove people wrong about his reserve role.

Thirteen seasons later, Williams is not only the reigning Sixth Man of the Year but now he has scored more points off the bench than anyone else in NBA history. On Monday, the Clippers’ supersub passed Dell Curry for most career points scored by a reserve with 9:54 remaining in the fourth quarter of a 140-115 blowout win over the Boston Celtics.

“Anytime you can say to have ‘of all time’ next to your name, no matter what it is, it’s special,” Williams said of becoming the the NBA’s most prolific scorer off the bench. “With being a sixth man and being a career bench player, to have an opportunity to be something that says ever at the end of it is special to me.”

Williams is on an absolute tear as the Clippers continue their surprising run for a playoff spot in the Western Conference. Williams has scored 30 or more points six times in his last 16 games, including a total of 74 points, 11 rebounds and 10 assists in his last two games alone.

“He’s really crafty, really smart, been able to score forever,” Celtics coach Brad Stevens said. “I walked into an open gym while he was in high school. He walked in a little bit late and said, ‘Check ball’ and killed everybody.

“He’s been that way his whole NBA career. He walks in and just scores. He has a special knack for it.”

Williams entered the night trailing Curry (11,147) by 27 points. He passed former Clipper Jamal Crawford for second all-time with the win over the Thunder on Friday.

That performance marked Williams’ 28th career game with 30 or more points, the most by a bench player since data for reserve scoring started being tracked in 1970-71. Williams entered the night leading the NBA among all reserves in scoring with a 20.2 points per game average.

“It’s amazing,” Clippers coach Doc Rivers said before the game. “If you’re anything that ends in ‘ever’ in the NBA, that’s pretty impressive. … The way Lou does it with his size and his shot but more importantly how much he finishes in the paint, I think that is what surprises me the most since coaching him is how often he gets in the paint and finishes over bigs. It’s just remarkable.”

During his 14 seasons, Williams has started just 109 games out of a total of 923 contests. Williams said he learned to embrace his reserve role initially looking to prove people wrong.

“It took some time, it kind of took some resentment,” Williams said of embracing coming off the bench. “If you think that I got to come off the bench, then I am going to put you in a position to try to prove you wrong. Then after a while, it was kind of fun and over the years it was my makeup.”

Rivers said the most surprising thing about Williams is his leadership in the Clippers locker room.

“He’s our leader,” teammate Pat Beverley said. “He’s so smooth. He doesn’t shy away from the big moment. … I think he’s the only person in this locker room that can calm me down and that’s big time because a lot of people can’t. When Lou talks, we listen.”

On Monday night with 6:52 remaining in the game during a timeout, it was Williams’ turn to listen as the Staples Center crowd showered the guard with applause for becoming the all-time leading bench scorer in history.

“I’ve always embraced my role,” Williams said. “I think that is what makes it special. That is part of my legacy as well. That is part of what people will remember me for so you might as well be the best at that.”

Information from ESPN’s Tim Bontemps was used in this report.