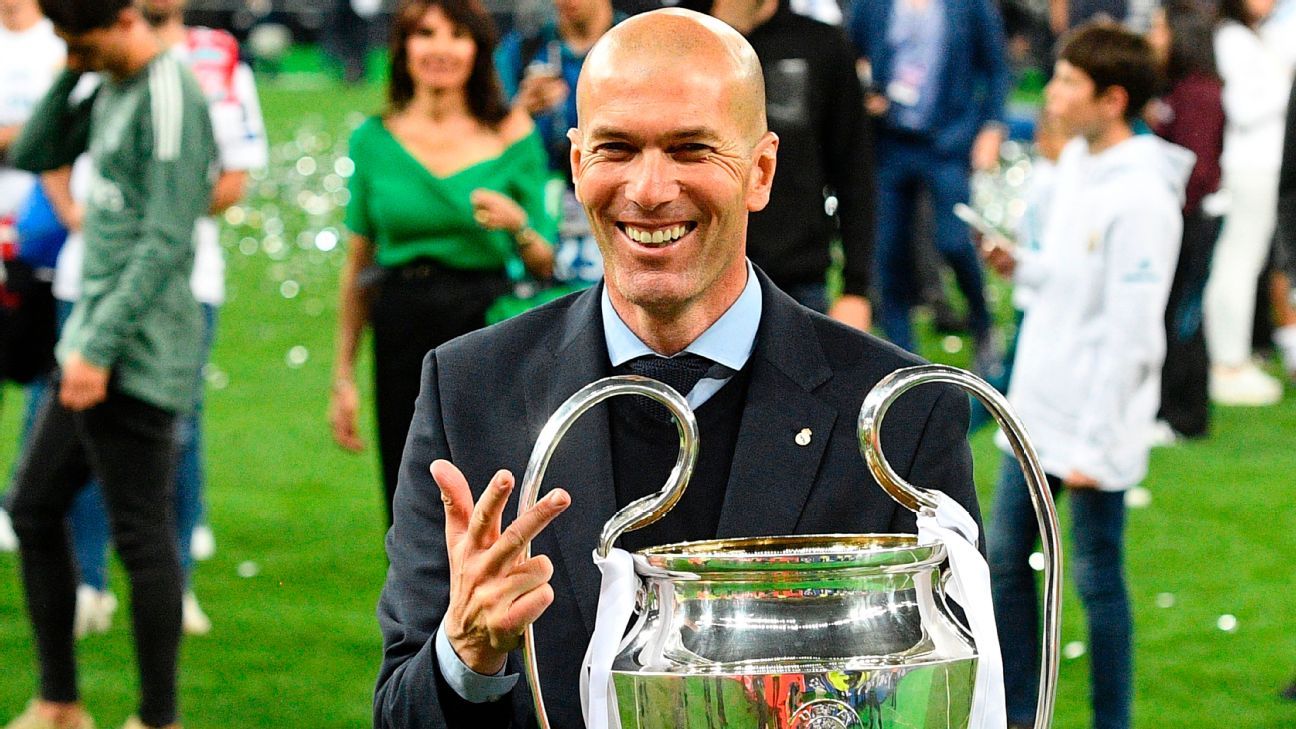 Real Madrid are set to sack Santi Solari and replace him with Zinedine Zidane, sources have told ESPN FC.

The Frenchman, who only quit last summer, is the favoured candidate across the Real Madrid board, overpowering president Florentino Perez’s temptation to reappoint Jose Mourinho. Zidane’s first spell in charge of the club included winning the Champions League three times in a row, as well as La Liga in 2017.

Sources have told ESPN FC that Madrid held talks Monday, expecting to ratify not only Solari’s departure but also reappoint Zidane with wider power and influence over the club’s transfer market choices. Solari’s insistence on sticking with the tired and lethargic midfield trio of Toni Kroos, Casemiro and Luka Modric through one of the worst series of results in the club’s modern history also seems to have tipped the balance against him finishing the season.

First soundings to Zidane were made in the aftermath of the catastrophic Champions League exit to Ajax last week, which all-but guaranteed Madrid will not lift a trophy for the first time in nine years.

A run of three successive defeats, including twice to Barcelona in the league and Copa del Rey, left Madrid’s season in disarray before Sunday night’s 4-1 win over Real Valladolid. Club captain Sergio Ramos has called the situation “disastrous,” while Nacho has said the team had a “difficult” relationship with the coach.

Various Madrid-based media began to discuss Zidane’s return from mid-afternoon on Monday, helped by reports from the Valdebebas training ground that Solari had said farewells to some staff and squad.

Zidane’s expected return is the latest episode in a dramatic season for the club. Back in the summer, Julen Lopetegui was named Zidane’s successor, only to then lose his job as Spain coach on the eve of the World Cup. He lasted just four months, the final match of his 14-game spell a 5-1 defeat to Barcelona.

Lopetegui’s replacement, Solari, had been in temporary charge following the Barcelona defeat before the move was made permanent on Nov. 12.

Madrid are third in La Liga, 12 points off leaders Barcelona with 11 matches remaining.