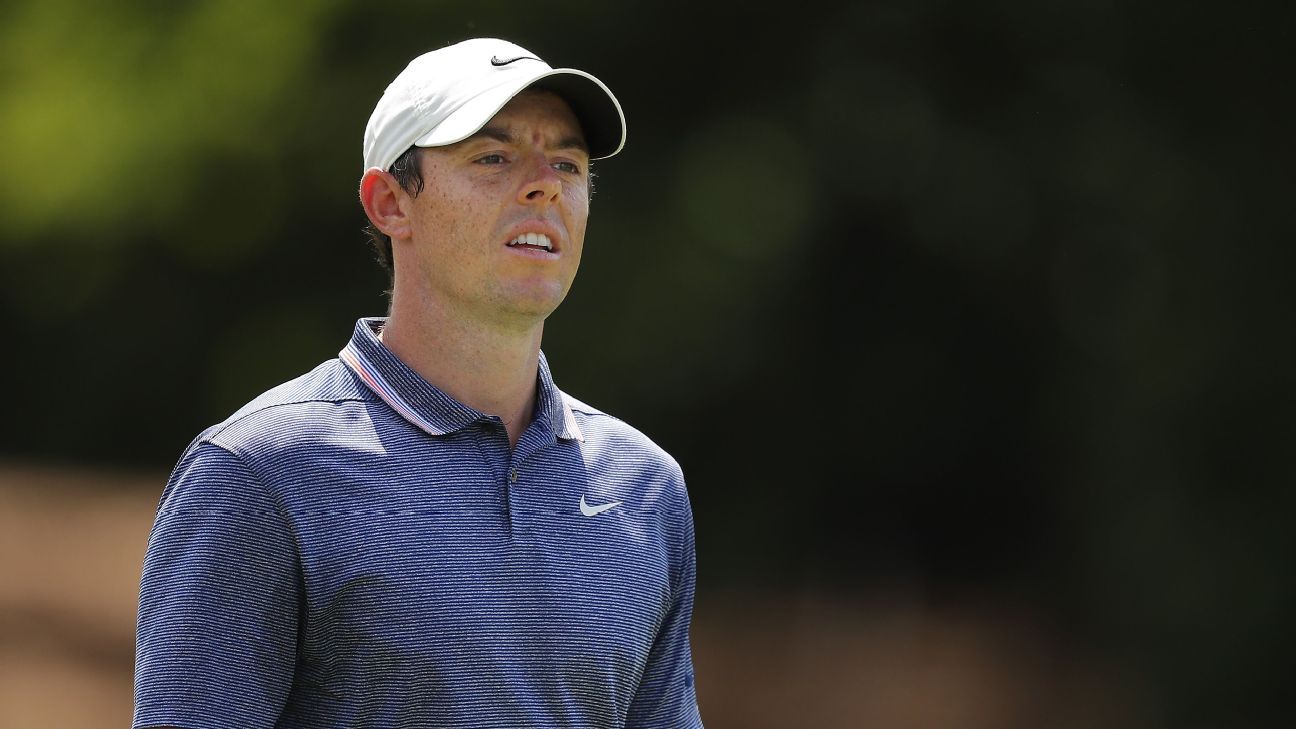 ORLANDO, Fla. — The door that Rory McIlroy keeps knocking on refuses to open. Sure, it would help if the four-time major champion did more to barge through it, but he has maintained a modest, almost stately approach to adding tournament hardware to his collection, only to come up empty.

Sunday offered another example at the Arnold Palmer Invitational, where for the ninth time over the past 14 months McIlroy played well enough to earn a place in the final group, only to see someone else celebrating a victory.

To be sure, reigning Open champion Francesco Molinari put a number on him Sunday, shooting an 8-under-par 64 at Bay Hill to come from five strokes back of third-round leader Matt Fitzpatrick.

It was the same score McIlroy shot at this tournament a year ago to win — a victory that happens to be his last anywhere in the world.

Then again, making just two birdies and shooting even-par 72 on a day when you are in the last group was not going to get it done. McIlroy ended up four shots behind Molinari, meaning a 68 was necessary to force a playoff. While not easy, it was certainly doable — 10 players equaled or bettered that score on Sunday.

“Tough day, tough to get it close to the hole,” McIlroy said. “I feel like I really didn’t play that badly. I missed a couple of shots but I felt like I was hitting good shots to 30 feet all day.”

McIlroy came into the week having finished among the top five in all of his 2019 starts. His tie for sixth broke that streak, but still gives him an impressive run of tournaments, albeit without a victory. It’s certainly better than the plight of, say, Jordan Spieth, who has not been better than 35th in his past eight worldwide starts.

So it’s all relative. Is it better to contend and fail than to never contend at all?

McIlroy, ranked sixth in the world, wasn’t showing any signs of annoyance coming into the tournament, seemingly taking his close calls in stride and recognizing that the bigger picture suggests that good golf at some point will be rewarded.

“You’re not going to get frustrated playing good golf,” he said. “At the end of the day all you’re trying to do is get that ball in the hole. I you feel like you’re doing that pretty well, then what’s there to be frustrated about?”

There were understandably some signs of it Sunday. His birdie at the 16th was the only one on a par-5 in the final round, and it was disappointing given he had a makeable eagle putt. He missed a 5-footer for birdie at the fourth, but there were not enough realistic chances. He also ranked just 39th in the field in strokes gained putting.

McIlroy came into the tournament ranked first on the PGA Tour in strokes gained overall, making up more than 2.5 strokes per round on the field, an impressive display that has yet to be rewarded.

“I’m playing well, I’m getting myself into contention every week, continue to do that, going into next week [at the Players Championship],” McIlroy said. “That’s the great thing about golf, you don’t have to wait too long to get back on the course.

“So I’m happy with everything, I just think today I could have played the par-5s better. But it was really an unbelievable round by Francesco to shoot what he did. I would have needed to go out there to better him, which would have been one of the best scores of the day.”

Interestingly, Molinari cited a final-round pairing with McIlroy last year at the European Tour’s BMW PGA Championship as a reason for a run of success. The two were tied at Wentworth heading into the final round, with Molinari prevailing.

Since then he has won the Quicken Loans National, The Open, went 5-0 at the Ryder Cup and has now added a fourth victory in less than a year.

“When I won with Rory playing in the last few groups, it wasn’t easy at all,” he said. “So from there I just started building my confidence and just saying I could get it done.”

For whatever reason, McIlroy is not getting it done in final rounds, Sunday the most glaring example. Certainly you can’t expect him to rally to victory every time he is in the final group, but this was the fourth time in those nine events he has been within one of the lead and failed to win.

“I’ve had to tell myself [to have] patience at times,” McIlroy said. “It’s just letting that golf come out when it matters most. And that’s when you need to almost take your foot off the gas and just let it happen. And that’s obviously easier said than done.”

If anything, McIlroy is slowing down rather than barging through, a plight that is more pronounced when you are an acclaimed four-time major champion with but a single victory over the past 30 months.