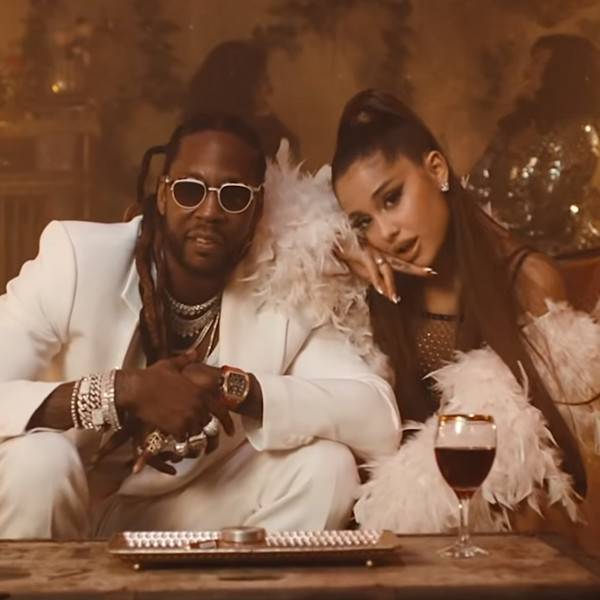 The next party we go to needs these two on the guest list.

On Monday morning, 2 Chainz kicked off a brand-new week by releasing a music video for his collaboration with Ariana Grande called “Rule the World.”

To the delight of pop culture fans, Ariana didn’t just make a brief cameo in the project. Instead, she was a true star by appearing throughout the three-minute video!

Directed by Sebastian Sdaigui, the clip finds Ariana and 2 Chainz traveling back in time to an underground jazz club somewhere in Southern California.

While wearing feathery sleeves, Ariana takes the stage to the delight of attendees before lounging with 2 Chainz.

“Fell in luv with a real one that’s a dedication,” the rapper shared on Instagram. “RULE THE WORLD feat @arianagrande.”

“Rule the World” is featured on 2 Chainz’s latest album Rap Or Go to the League that just so happens to be the No. 1 rap album in the country.

The disc has also received rave reviews from music publications including Pitchfork who calls the rapper an “ageless force in hip-hop.”

Outside of music videos, Ariana is hard at work preparing for her Sweetener world tour. Kicking off March 18 in Albany, New York, the tour is one hot ticket in town with many dates already sold out. As for whether or not there will be a 2 Chainz appearance at one stop, only time will tell!