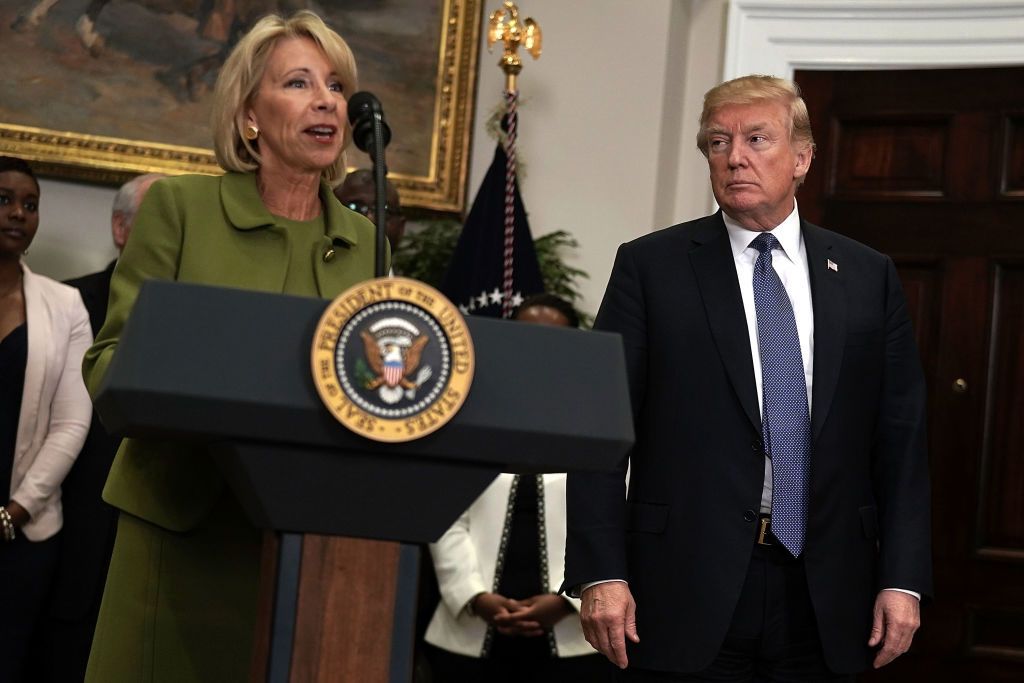 Under the proposal, the president pushes for a first-of-its-kind federal tax credit for donations to private school scholarships, in addition to increasing federal charter school grants by $60 million. The plan seeks to gut the Education Department’s budget by 10 percent, asking for $64 billion for the agency, or $7.1 billion less than the 2019 enacted level. Like last year’s proposal, Trump aims to eliminate more than $2 billion in teacher development funding, as well as over $1 billion in funding for after-school programs.

Trump’s previous two education spending proposals were unsuccessful in Congress and this one is likely to fail as well. However, the administration’s focus on school choice continues to be significant, as it has the attention of Republicans in Congress, who last month introduced a $5 billion measure to fund private school scholarships. That bill is similar to the federal tax credit proposed in the president’s 2020 budget, which aims to implement a private school scholarship tax credit of up to $50 billion over 10 years.

When the bill was first introduced in February, the proposal even garnered the ire of conservatives. The Heritage Foundation said the initiative “poses a threat to education choice in the states, and undermines the goal of a streamlined federal tax code,” adding that “using the federal government to push” for education choice risks igniting the same backlash that President Barack Obama received for his national education policies.

“This budget at its core is about education freedom—freedom for America’s students to pursue their life-long learning journeys in the ways and places that work best for them, freedom for teachers to develop their talents and pursue their passions, and freedom from the top-down ‘Washington knows best’ approach that has proven ineffective and even harmful to students,” Education Secretary Betsy DeVos said in a statement Monday.

Critics argue that such grant programs are alarming not only because they divert precious funds away from public schools, but also because charter schools undergo little oversight when it comes to how they spend their money.

According to a 2017 report by the Center for Popular Democracy, although public funding for charter schools has reached more than $40 billion each year, “all levels of government have failed to implement systems to proactively monitor charter schools for fraud, waste, abuse, and mismanagement.” This includes cases of charter operators using public funds for personal gain, requesting funding for services not provided, and inflating enrollment numbers. The report also found rare cases of school mismanagement that put children in danger, such as neglecting to adequately feed students and failing to conduct criminal background checks.