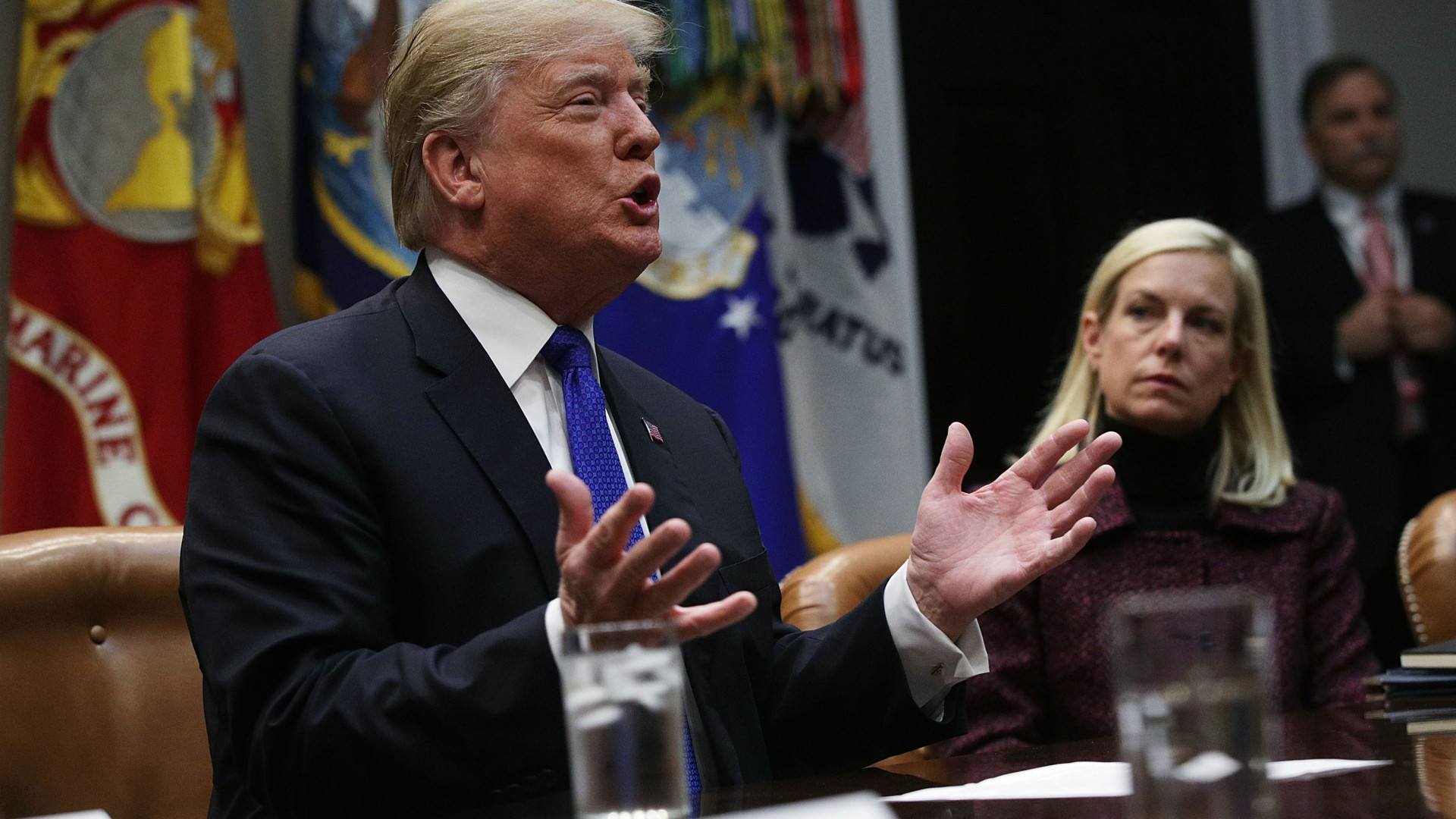 The White House unveiled its 2020 budget Monday afternoon, with one of the top-line items being $8.6 billion for the construction of a wall on the U.S.-Mexico border.

While most White House budgets are often a wishlist for presidents that rarely get implemented line-for-line, they are a good marker for gauging where the administration’s priorities lie and how serious they are about pursuing them.

In its fiscal year 2019 budget, for example, the White House requested $1.6 billion for a border wall. A few months later, President Donald Trump shut the government down for over a month over demands that Congress give him $5.7 billion for wall funding — way more than the administration had ever requested. The Senate actually offered Trump the $1.6 billion he wanted during the shutdown. Though after a long impasse, Trump and Congress settled on $1.375 billion, still a significant sum.

The $8.6 billion sum comes in addition to the $1.375 billion already appropriated by Congress in a spending bill earlier this year. Last month, Trump also declared a national emergency over the “crisis” at the southern border, allocating $6.7 billion from other programs, including $3.6 billion from the Pentagon’s military construction projects. His budget request on Monday would make up for the Pentagon’s diverted funds.

Yet despite both the record-long shutdown and the national emergency declaration, all this political posturing has yet to produce a single new linear mile of border wall. The existing 694 miles were all constructed by Trump’s predecessors.

The White House’s 2020 budget also calls for a sizable increase in the number of Immigration and Customs Enforcement (ICE) and Border Patrol agents at the southwest border. The budget calls for $506 million “to hire over 2,800 additional law enforcement officers and critical support personnel” at both agencies.

Customs and Border Protection (CBP) and ICE, however, don’t exactly have stellar track records when it comes to spending its money wisely when it comes to hiring. Last week, CBP  released its official staffing numbers for fiscal year 2018. From 2017 to 2018, the number of Border Patrol agents at the southwest border increased by only three people, despite the fact the president issued an executive order two years ago to spend millions of dollars hiring 15,000 more Border Patrol officials.

A scathing report released in December by the inspector general of the Department of Homeland Security found that the Trump administration spent more than $13 million to hire just 2 border agents.

The 2020 budget also requests a significant increase in the number of detention beds at ICE facilities to 54,000. Last month, Congress set an ICE detention bed cap at 45,000 with a deal to eventually de-escalate to 40,520 beds by September 2019. ICE, however, has routinely detained immigrants at a much higher rate, with recent reports suggesting over 50,000 people are currently in detention. Allowing for an increase to 54,000 and rescinding the promise to lower within the year demonstrates the administration’s intention to continue detaining immigrants at an unprecedented rate.

Equally alarming is the request to increase the number of family detention beds fourfold, to a staggering 10,000 beds. Experts have suggested that this increase could signal that the administration is moving on its proposed regulation to overturn the Flores settlement — which dictates that immigrant children can only be detained for a maximum of 20 days — and allow for indefinite family detention.

The perils of family detention have long been documented by immigrant advocacy groups who warn that it would subject immigrant children and their parents to inhumane conditions.

“If Flores is modified, overturned, or ignored so that the administration can expand family detention, then migrant and asylum-seeking children would be subject to inappropriate conditions that have already been well documented,” the Women’s Refugee Commission wrote in a report of family detention. “These include: 1) prolonged detention, including for years, 2) being held in unlicensed facilities and subject to abuse, 3) care and disciplinary decisions made by guards who are not child welfare experts, 4) an inability to access a lawyer, translators, and other due process violations, and 5) inadequate medical and mental health care. These protections are not ‘loopholes,’ as the administration likes to portray, but instead requirements for care and due process grounded in child protection principles.”

In order to keep up with the growing immigration backlog of over 800,000 cases — which ballooned to such a high number in part because of the federal government shutdown and the administration’s attack on the U.S. asylum system — the White House is also calling for 600 new Immigration and Customs Enforcement immigration court prosecuting attorneys, 100 new immigration judge teams and associated support at the Executive Office for Immigration Review (EOIR), and 50 new federal prosecutors at the Department of Justice’s Offices of the United States Attorney.