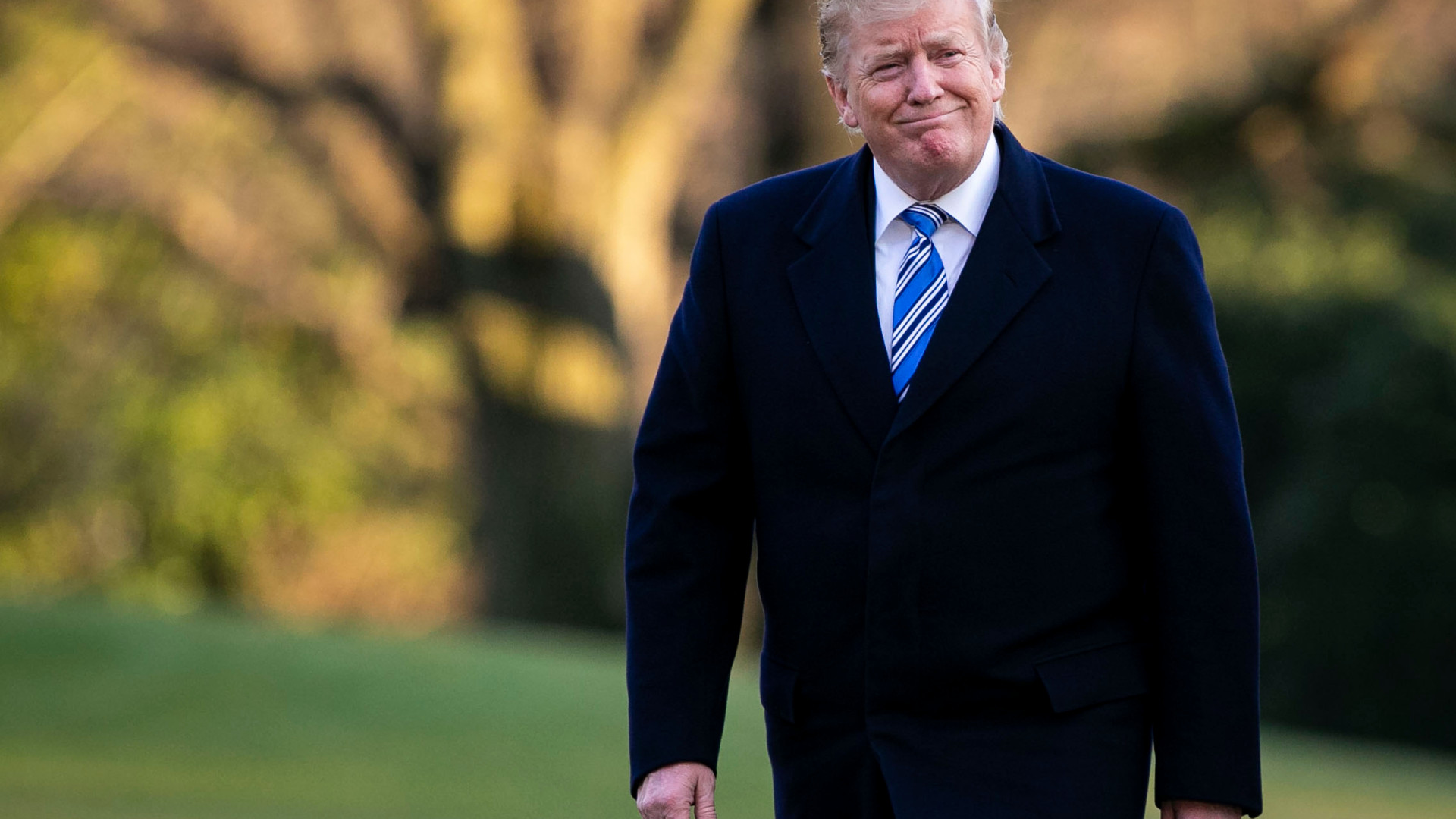 “The Democrats hate Jewish people,” President Donald Trump reportedly told Republican National Committee donors on Friday night at Mar-a-Lago. Phones were sealed away in magnetic bags at the closed-door event, but Axios reported on what members of the audience heard.

Adding to the pile-on attacking Rep. Ilhan Omar (D-MN) for supposedly anti-Semitic comments, Trump reportedly said he couldn’t understand how any Jewish person could vote for a Democrat. He also bragged about his decision to move the U.S. embassy to Jerusalem, a decision that pleased U.S. conservatives and Israeli’s Lukid party alike, but upended decades of diplomatic policy and sparked international disapproval.

If he were to run in an election for prime minister of Israel, he told the crowd, he’d be at 98 percent in the polls.

Support for — or at least “confidence” in — Trump is generally higher in Israel than in the United States, but not nearly as high as he claimed. About 69 percent of Israelis have confidence in the U.S. president — as opposed to only 35 percent of Americans. In fact, Trump appears to be far more popular among Israelis than even their own conservative leader, Prime Minister Benjamin Netanyahu. Israel is one of the only countries where a majority of citizens support the job Trump is doing.

There would be one serious hitch with Trump’s plan, however, apart from the fact he’s not even Jewish. Unlike the U.S. president, the Israeli prime minister can be indicted for crimes, as Netanyahu is expected to learn firsthand any day now.

Trump’s claims that he and Republicans are more friendly to U.S. Jews belie his extensive history of turning a blind eye toward — or outright defending — anti-Semitism.

After a rally in Charlottesville, Virginia invoking Nazi slogans like “blood and soil” and “Jews will not replace us,” Trump said there were “very fine people on both sides.” Many of those eager to condemn Omar have their own history of anti-Semitism, and conveniently ignore actual anti-Semitic comments from Republican members of Congress like Reps. Kevin McCarthy (R-CA) and Jim Jordan (R-OH).

In addition to his comments about Judaism and Israel, Trump reportedly joked in his speech that Secret Service agents look like “they’re in blackface” when they wear their night vision goggles. He also reportedly claimed it was “fake news” that he referred to Apple CEO Tim Cook as “Tim Apple,” insisting he said “Tim Cook Apple” really fast — as if that makes any more sense. In a tweet Monday morning, Trump insisted saying “Tim/Apple” was just “an easy way to save time & words.”