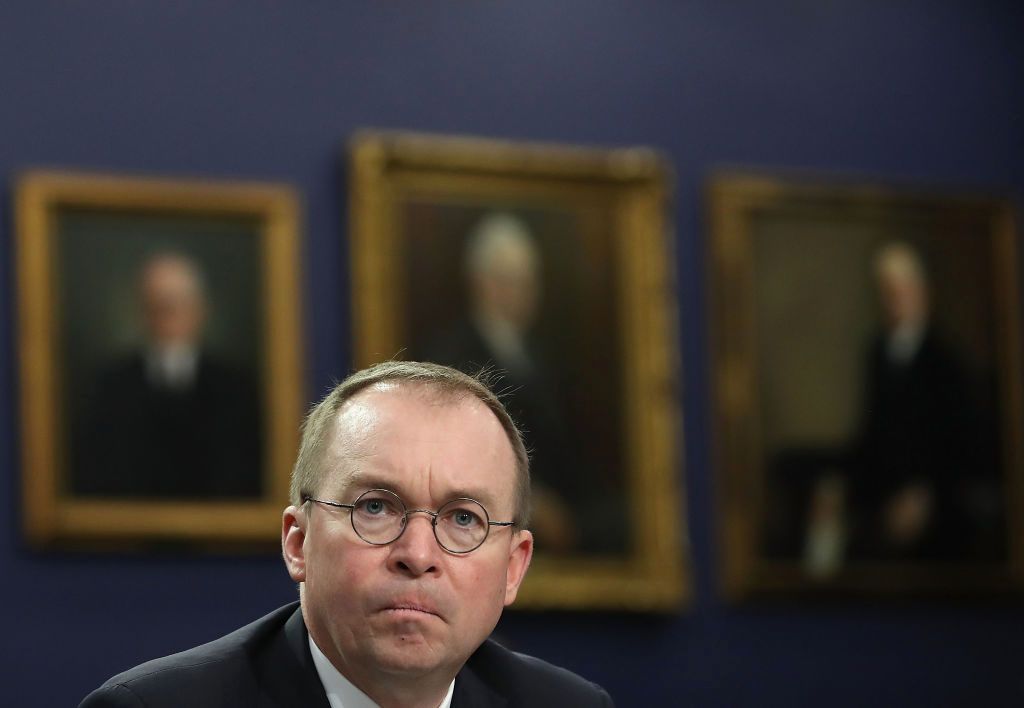 President Donald Trump’s new budget would cut Social Security payouts by $84 billion over the next decade.

The cuts come from a variety of changes to how the program’s disability insurance component functions. Though Trump has previously made repeated promises to shield Social Security, Medicare, and Medicaid benefits from the budget ax, his administration asserts that cuts to Social Security Disability Insurance (SSDI) do not constitute cuts to the Social Security program writ large – and has shown itself willing to take the money working people have paid into it.

“None of this is the government’s money,” Social Security Works’ Alex Lawson told ThinkProgress. “We pay for all of Social Security, and they’re saying we’re going to reach into your pocket and take it from you.”

The most abrupt example of such thievery in the budget, Lawson said, is buried in a supplemental table at the bottom of the White House proposal. It would cut $10 billion from social security benefits payments over the next decade – all from people who deserve that money.

Under current law, people are entitled to a maximum of 12 months worth of retroactive payment when they receive final approval for their disability insurance claims. Currently, the disability review system is so severely backlogged that the average application takes 18 months to process, which means that eligible recipients are already being cheated out of months and months of money that a thorough review process has determined they should have gotten.

Trump’s budget halves the retroactivity cap, down from a year to six months. That means that beyond this new six-month limit, people who have a valid disability claim would simply never get the back pay owed to them by the government that took so long to process their valid claim in the first place. The change would reduce social security costs by $316 million in the first year, more than $1.4 billion in 2029, and just a hair more than $10 billion over 10 years, according to table S-6 of the president’s budget.

“You wait in line for a year and a half. They say, ‘oh yeah you do qualify for it.’ So you should get benefits retroactive to when you apply,” Lawson said. “There’s already this unfairness where you’re not getting the benefits that you earned. And now they’re just arbitrarily shrinking that to six months.”

The budget also projects $47.5 billion in additional cuts to SSDI from unspecified “new approaches to increase labor force participation.” But considering that SSDI pays people who are unable to work, and that Trump budget consigliere Mick Mulvaney has publicly claimed that disability insurance fraud is rampant, the inescapable conclusion is that the White House believes that approximately $50 billion worth of disability benefits are going to people who are cheating the system, despite ample evidence to the contrary.

The budget tables list a series of other changes to the disability insurance system that each generate smaller cuts, with a total of $84.09 billion in savings over the decade.

This assault on disability insurance and other major benefits programs violates a direct campaign promise. Mulvaney has previously boasted of convincing the president that disability insurance is somehow different from those other programs, Lawson said, despite the fact that all three benefits programs in Social Security are funded by the same pool of money ponied up by workers themselves.

“He turns around and guts these programs. Our programs, taking our money, that we earned,” Lawson said. “A budget is a moral document, and what this budget shows is that we have an immoral administration occupying the White House right now.”

The budget also chips away at social security in smaller ways beyond the multi-billion-dollar raid on actual benefit payments. It proposes a $400 million year-over-year cut to Social Security Administration funding, for instance.

Presidents lay out their proposed funding levels against the prior year’s backdrop. But that one-year snapshot conceals the reality of Trump’s Social Security Administration (SSA) slashing, which can be seen more clearly with the context of successive year-over-year cuts going back nearly a decade.

Powerbrokers at either end of Pennsylvania Avenue have been obsessed with deficits throughout that time. Though activist coalitions staved off multiple attempts to cut benefits for Social Security participants, the political sacredness of retiree payments doesn’t extend to the people in charge of making the retirement and disability systems actually function.

And while SSA budgets have been slashed each year since 2010, the agency’s clientele has exploded in that time, as baby boomers started to hit retirement age in herds. The double squeeze on SSA’s capacity has had predictable and avoidable negative effects.

Callers to the agency’s toll-free help line now spend almost 20 minutes on hold before getting the human assistance they need, up from a 3 minute average wait in 2010. The incidence of callers getting a busy signal has more than doubled as well.

In-person customer service is also harder to obtain now than it was before lawmakers started hacking away at SSA’s funding. The agency laid off 3,500 field office workers from 2010 to 2018 in response to the cuts. It closed 64 of its 1,200-plus permanent field offices and shuttered another 500-plus part-time “contact stations” that also provided face-to-face answers for people who run into an issue with their benefits.

These may seem small issues. The SSA itself has downplayed the impact of its retreat from traditional customer service, urging beneficiaries to lean on its online help systems to troubleshoot lost cards, benefit appeals, and other common issues. But for people living on a fixed income, any issue that threatens a delay in benefit payments can often present existential threats: eviction, a bare cupboard, lost means of transportation to visit loved ones and doctors.

But anything that makes the Social Security system marginally more annoying to use helps chip away at the political forces that protect it from the kinds of dastardly “entitlement reform” schemes long touted by politicians willing to misrepresent the program’s financial situation. The cliché about Social Security benefits being a third rail of American politics is true in part because people are able to get exactly what they paid for in an efficient, reliable fashion. Screwing up the customer service Americans get from the program could, in time, reduce the voltage of the voter backlash that rightly scares many politicians off of the entitlement reform bandwagon.

And while the budget expects a continued undermining of customer service that people actually need, the administration is apparently ready to ask the same staff already floundering to keep up with beneficiaries’ needs to take on a new and insidious task: snooping on disability insurance recipients’ social media feeds.

Unlike the budget’s planned cuts to social security, Trump’s team could force SSA staffers into policing disability recipients’ Facebook posts without any help from Congress. And the agency has reportedly already worked up a plan for such a disability panopticon – “[u]nder pressure from the White House,” according to a Sunday report in the New York Times – that would see SSA undertake the new surveillance work sometime next year.