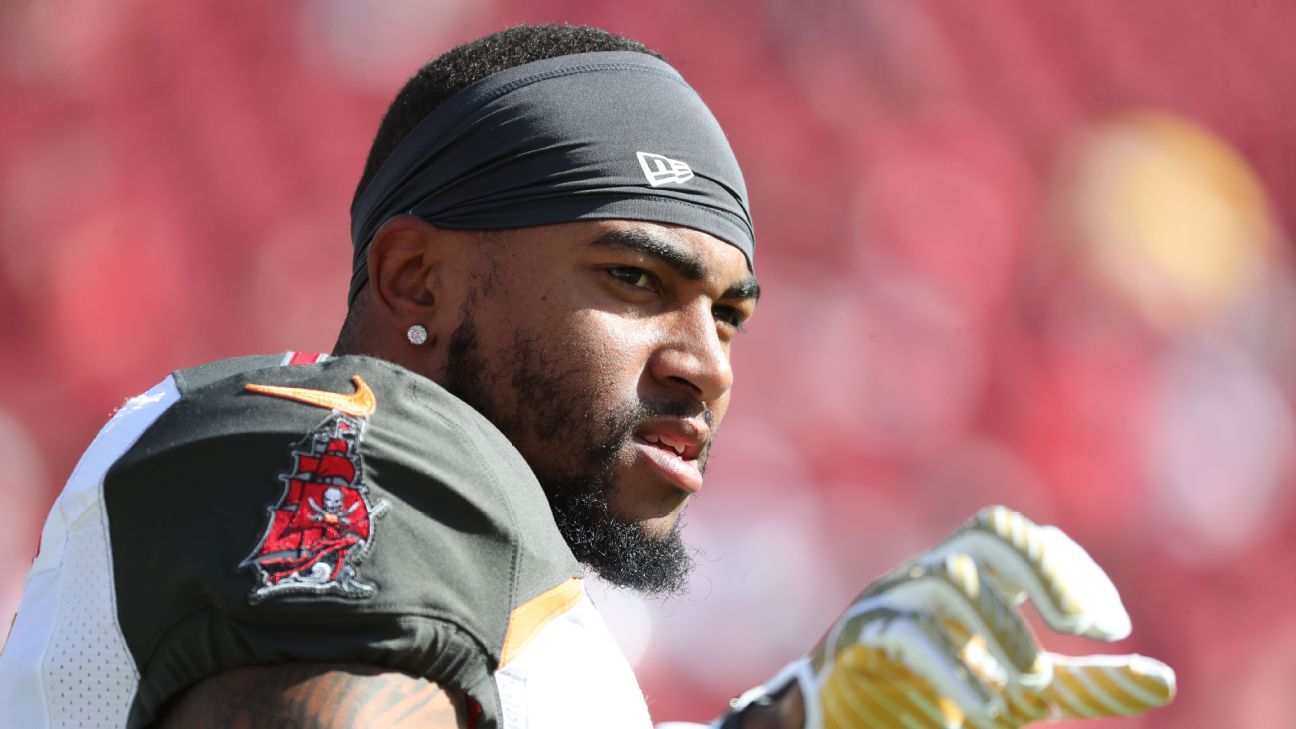 On the eve of the NFL’s legal tampering period, sources told ESPN that the Tampa Bay Buccaneers have been actively shopping wide receiver DeSean Jackson for a potential trade and that the Philadelphia Eagles would be a preferred destination for Jackson.

A trade would be preferred for the Bucs, but some teams ESPN has spoken to believe Jackson will be released rather than traded. Jackson is still under contract, and the Bucs have the option of holding on to him for 2019.

The Eagles are expected to have mutual interest in Jackson, who would provide the deep threat they sorely lacked in 2018 after Mike Wallace broke his leg in Week 2 — against Tampa Bay. However, it’s to be determined whether they would be willing to trade for him or would be interested only if he is released.

Jackson, who sold his home in Tampa, Florida, before the end of last season, has one year left on his three-year, $33.5 million contract with the Bucs. He is set to earn $10 million in 2019, with no guaranteed money remaining.

Trading or cutting Jackson would free up $10 million in salary-cap space for the Bucs, who currently have less than $3.5 million in cap room.

The 32-year-old Jackson was a second-round draft choice of the Eagles in 2008 and spent his first six seasons in Philly, where he averaged 59 catches, more than 1,000 yards and five touchdowns. He was unceremoniously cut by coach Chip Kelly in March 2014 following a career year in which he posted 1,332 receiving yards and nine touchdowns.

Nevertheless, he has told people close to him that he has interest in returning to Philadelphia.

Last month, new Bucs coach Bruce Arians had a long sit-down with Jackson, a conversation Arians said at the NFL scouting combine “couldn’t have gone better.” But general manager Jason Licht said, “I’d say all options are on the table,” when asked about Jackson, while also praising his speed.

Jackson had a direct conversation with the Buccaneers’ front office over the weekend about his status and trade considerations, a source told ESPN’s Josina Anderson.

Jackson’s desire has been to play for a contender. He wants to play for a coach and with a quarterback who understand the unique needs of a veteran wide receiver in the twilight of his career. Jackson also said during Super Bowl week in January that he would like to eventually end up with Los Angeles Rams because of a prior relationship with Sean McVay.

Signed as a free agent in 2017, Jackson was brought in to give the Bucs a true vertical speed threat they had been lacking on offense. But Jackson and quarterback Jameis Winston struggled to develop chemistry on the field, and Jackson grew increasingly frustrated by it. It was only magnified when Ryan Fitzpatrick stepped in as starter.

Jackson became frustrated when Winston continued to start, leading Jackson to request a trade prior to the October 2018 trade deadline. Winston was benched midway through Tampa Bay’s Week 8 game against the Cincinnati Bengals before regaining his starting job midway through the Week 11 loss to the New York Giants.

Even with his struggles with Winston, Jackson averaged 15.85 yards per reception with the Bucs in 2017-18. His career 17.42 yards-per-catch average is second-most in the NFL since 2008. Jackson’s 34 career receiving touchdowns on plays of 20 or more air yards is also the most of any player in the league since 2008.

“He hasn’t lost a step,” Licht said at the combine.

In 2018, Jackson caught 41 passes for 774 yards and four touchdowns. He broke Jerry Rice’s record for most touchdown catches of 60-plus yards. He also became the 47th player in NFL history to eclipse 10,000 receiving yards.