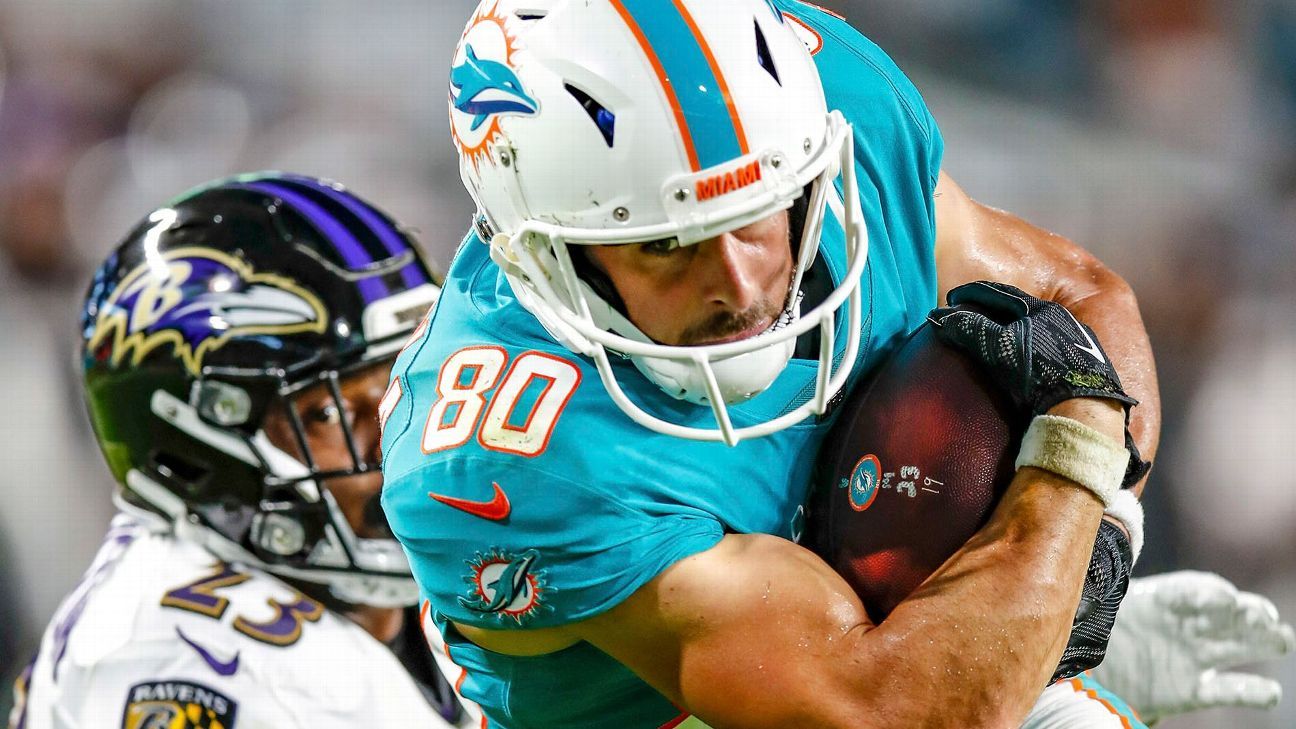 The signing, which is pending a physical, could be worth up to $5.75 million, the source said. It also will reunite Amendola with general manager Bob Quinn and coach Matt Patricia from their time with the New England Patriots.

The Lions are in need of a slot receiver after trading Golden Tate to the Philadelphia Eagles at the trade deadline last year.

In their search for a Tate replacement, the Lions had gone through Bruce Ellington, TJ Jones and Brandon Powell. Of the three, only Powell, an undrafted free agent from Florida last year, remains on the roster.

Amendola, 33, continued to show his toughness and knack for finding open zones out of the slot with the Dolphins, leading the team in receiving last season with 575 yards on 59 catches.

He was released Friday, as the Dolphins didn’t see him as a long-term fit at his price for a team that is in rebuilding mode, though they did like the leadership that he brought to the locker room in his only season in Miami. The Dolphins saved $6 million in salary-cap space by releasing Amendola, who signed a two-year deal last March for $12 million.

An 11-year veteran, Amendola has had a nice career after starting as an undrafted free agent out of Texas Tech in 2008. He has caught 485 passes for 4,684 yards and 20 touchdowns while also playing for the Rams and Patriots, with whom he won two Super Bowl rings but left for a bigger payday after taking pay cuts in each of his final three seasons with the team.

Amendola’s time in New England, from 2013 to 2017, overlapped with Patricia’s time as defensive coordinator and part of general manager Quinn’s time with the club.

Amendola, who started more than eight games for the first time in his career last season, has played 16 games in a season just twice (2010, ’14).

ESPN’s Michael Rothstein and Cameron Wolfe contributed to this report.