There are only six episodes of Game of Thrones remaining. They’re going to spectacular episodes — the cast and crew spent more time and effort filming these six than they did any previous set, after all — but still, that’s an alarmingly small number.

Slowly but surely, we’re getting more details. For example, a while back, we got an estimate of the episode runtimes from Orange Cinéma Séries, a group of French TV channels. According to that information, the episodes were going to break down like this:

Now, those numbers are way too round to be entirely accurate, and we always expected HBO to release more specific runtimes as the episodes were edited into their final forms. Now, the network has updated its schedule to show us the runtimes for the first and second episodes of Game of Thrones season 8. Episode 801 will run 54 minutes… 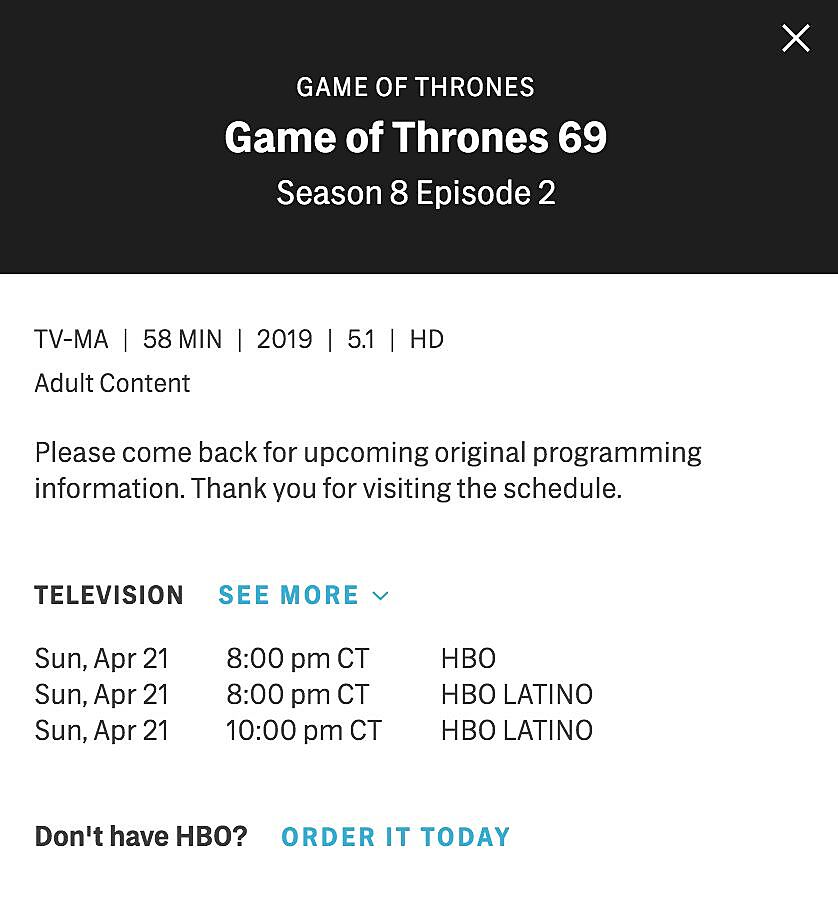 So far as Game of Thrones episode lengths go, those are pretty standard, and more or less fit with the “60 minutes” we got from OCS. We can expect the final four to be a bit longer.

I know we like to savor every detail here at WiC, but honestly I wouldn’t put too much stock in episode lengths. It’s what in there that’s important. Exhibit A is an episode like “The Spoils of War,” which at 50 minutes is among the shortest episodes the show has produced, but also one of the best. Still, we’ll keep our ear to the ground for more information.