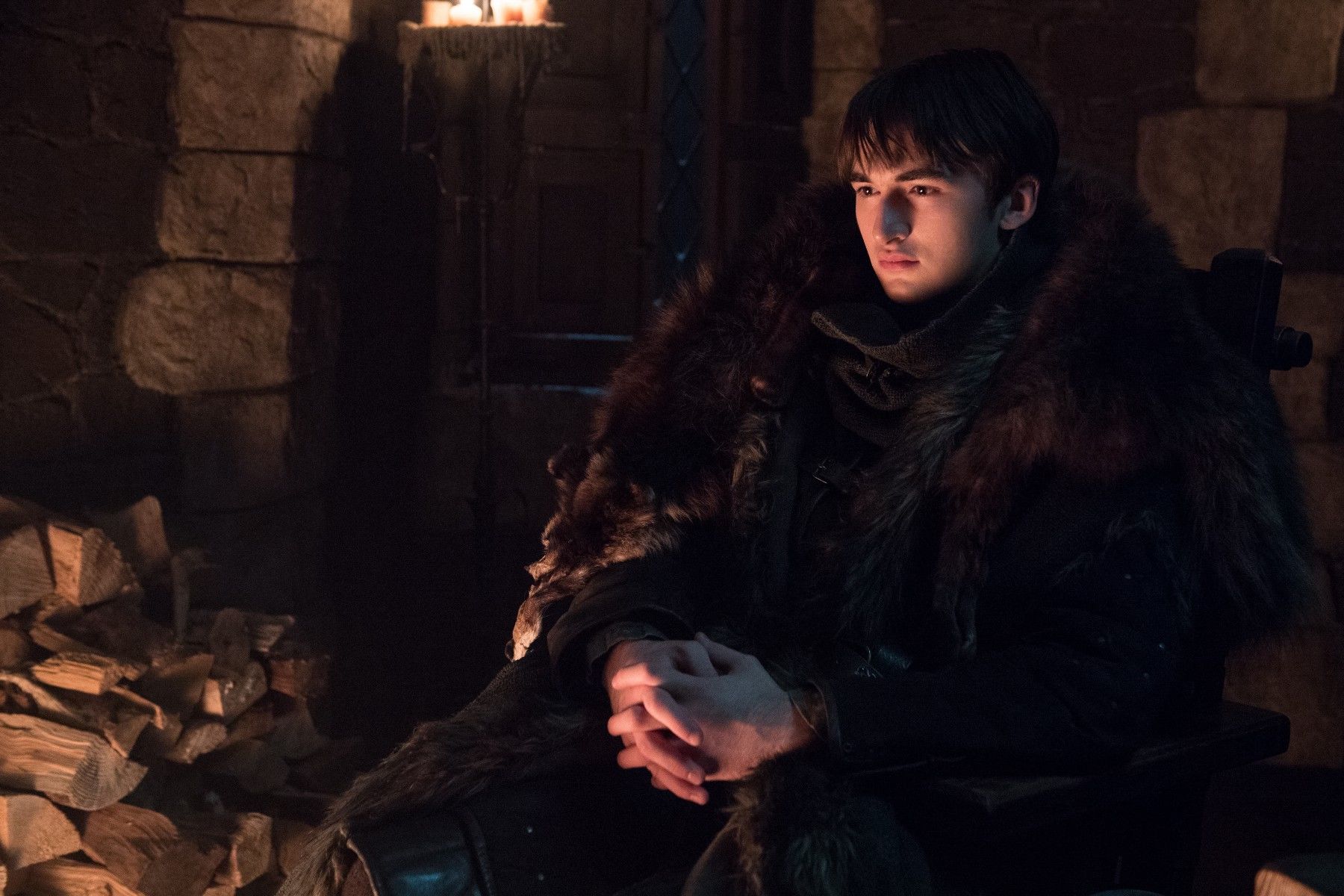 Yesterday, we went on HBO’s programming schedule and looked ahead to the first two episodes of the eighth and final season of Game of Thrones, which will air on April 14 and April 21. We learned that the episodes will run for 54 minutes and 58 minutes respectively.

In that post, commenter noselessman pointed out that we could do more that find out the runtimes for just the first two episodes. If you change the number at the end of the urls, you can discover the runtimes for each of the final six episodes of the show! So what are they?

By all accounts, Episode 803 will feature a spectacular battle scene between the living and the dead. It’s gonna be major. According to HBO’s schedule, that episode will run for a full hour, the same length as classic action episode “Battle of of the Bastards,” coincidentally:

Beyond that, the episode runtimes balloon. Episode 804 will run for an hour and 18 minutes: 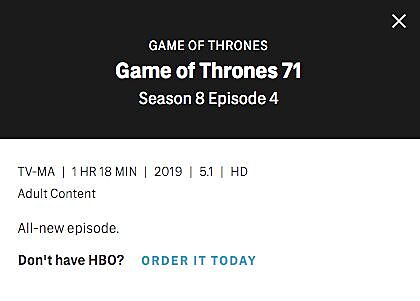 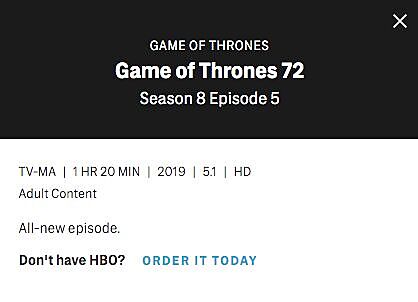 …and Episode 806, the series finale, will match it: 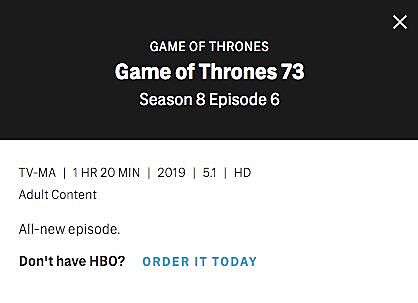 To date, the longest episode of Game of Thrones is “The Dragon and the Wolf,” the season 7 finale. That episode also ran for an hour and 20 minutes. We’ll be getting two of those monsters this year.

So let’s put this all together. Here are the runtimes for the final six episodes of Game of Thrones:

Now, it’s possible that some of those numbers could go up or down as we get closer to the premiere date, but this is probably a pretty good picture of what we’re gonna get. It more or less lines up with the guesstimates provided by French TV group  Orange Cinéma Séries about a month back.