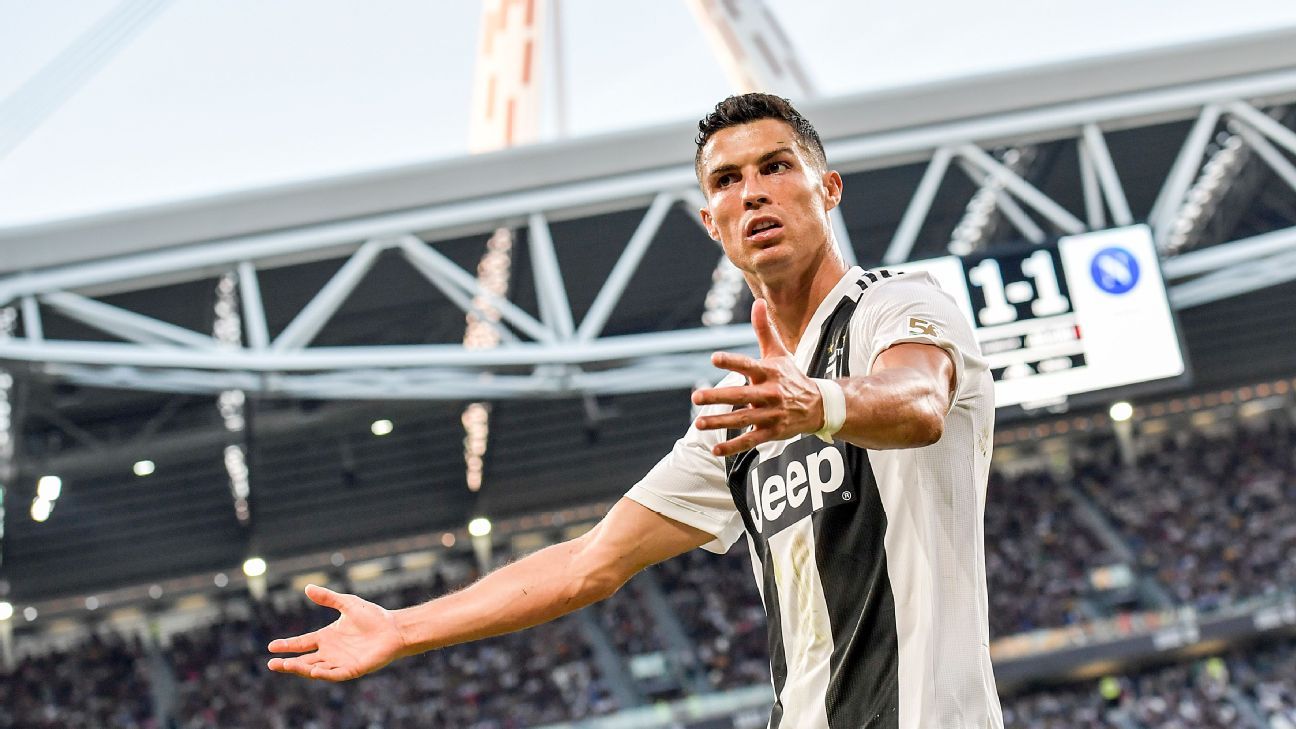 It’s not often that you can say events at Napoli’s San Paolo stadium closely resembled those at the Staples Centre in Los Angeles, but that’s exactly what happened last weekend as the behaviour of one football superstar mirrored that of an NBA contemporary.

Granted, one of Cristiano Ronaldo’s Juventus teammates did not push him in the back in the hope it might make him defend in the way the Los Angeles Lakers’ Kyle Kuzma appeared to do to LeBron James against the Clippers. No one would dare. But the sensation was the same.

“As Juve defended, he [Ronaldo] didn’t help,” La Gazzetta dello Sport wrote in justification of the 5.5 player rating it dealt out to the 34-year-old in Juve’s 2-1 win at Napoli recently, a rare backs-to-the-wall victory.

Ronaldo’s body language has unsurprisingly come under the spotlight, although anyone who has followed his career knows that, as with LeBron, this is nothing new. But this is a crucial week for Ronaldo. He was brought to Turin to win the Champions League for Juve, and they face Atletico Madrid having lost the first leg in Spain 2-0.

Ronaldo cut an irritated figure, spending much of the second half of Juventus’ nominal top-of-the-table clash against Napoli gesturing to his team to push up and join him in attack. At one stage he jumped in the air and threw his hands down by his side, a familiar move to anyone who watches Ronaldo, but rather than performing his trademark celebration — the five-time Ballon d’Or winner has gone three games without a goal or an assist — it was a show of frustration at how his teammates were playing.

“Mister!” he called over to the bench in the forlorn hope that Juventus’ coach Massimiliano Allegri might change tactics and throw caution to the wind. When it didn’t happen, his lack of enthusiasm became evident in the half-hearted nature of his attempts to press the ball — more energy was spent venting his annoyance at the little service and support he received.

Napoli had been reduced to 10 men in the 25th minute after goalkeeper Alex Meret came out to challenge Ronaldo, bringing him down outside the area without making any obvious contact, and was sent off for dangerous conduct.

Miralem Pjanic stood over the free kick and curled it in, a reminder of his talent for these particular situations. The Bosnian is seventh on the all-time list for free-kick goals in Serie A — no one has scored more in his eight years in the league — but too often this season Pjanic has had to step aside and watch Ronaldo hit the wall or blast one into the stands. Emre Can doubled Juventus’ lead shortly afterwards, and, disappointingly for neutrals, the game seemed all but over.

But even a man down, Napoli repeatedly frightened Juve. Piotr Zielinski struck the post, and when Pjanic was sent off early in the second half the Partenopei dominated. They played Juventus off the park, stringing together 304 passes, 118 of which were completed in the final third. All Juventus could muster in the same sector of the field were a measly 20. The shot count told the same story: 14 to one in Napoli’s favour.

So Ronaldo’s histrionics were entirely understandable. Juve were fortunate Lorenzo Insigne’s penalty to make it 2-2 hit the post, because as Napoli boss Carlo Ancelotti remarked, it was “surprising” how his team were able to take “total control” of the game.

Allegri seemed to empathise with his €100m signing and downplayed the whole thing. “It’s not like Cristiano was angry,” he said. “It’s more like we didn’t play a good second half. The team realised the going got tough and defended.”

If anything, Ronaldo was right to demand more. Juventus were 13 points clear at the top of the table when they headed to Naples and had a chance to be a bit more daring and courageous. But this is Juventus’ mentality: two years ago Giorgio Chiellini said they will never play like Real Madrid. It’s just not who they are.

What he meant is Juventus like to win games 1-0. They want control. Madrid on the other hand have always given the impression that they are comfortable in disorder and back themselves to outscore opponents 4-2 or 5-3. As such, Ronaldo’s very association with that frame of mind — the body language he showed in Naples — represents a challenge to this particular aspect of his new club’s identity.

Perhaps it also explains why so much of the reaction to Juventus’ first-leg defeat to Atletico has been seized upon as an opportunity to make the case that they need to be more like Real Madrid — which is curious given Madrid are in decline and some disgrace after losing 4-1 at home to Ajax last week.

ESPN FC’s Gab Marcotti does not hold back at criticizing Juventus’ recent form, which culminated in a “cynical” display against Atletico Madrid.

A number of newspapers in Italy have been advocating for Zinedine Zidane to replace Allegri and see the value in reuniting Ronaldo with the fading Marcelo next season. “Imitate Madrid and Juventus will emulate the same success” is the thrust of the argument. In some respects it echoes the early 1980s, when Giovanni Trapattoni had the team dominating in Italy and reaching European finals, and yet pundits and punters alike remained dissatisfied, believing Juventus could be more adventurous and cavalier with Michel Platini, Zibi Boniek, Paolo Rossi and Antonio Cabrini in the side.

On Friday night, a much-changed, fresher looking Old Lady made light-work of struggling Udinese to win 4-1. Teenager Moise Kean dazzled and even had the rested Ronaldo smiling and explaining the finer points of his stepover to Paulo Dybala in the stands. Allegri reiterated two core principles, his voice raised and patience tried. One is that “winning is extraordinary, it is not normal” despite the fact Juventus make it feel that way.

The other is that elimination against Atleti on Tuesday night would not constitute failure. “It makes me laugh,” he said. The club would be disappointed but doesn’t see it as any more than that. The fans and sections of the media do, though — particularly after the signing of Ronaldo, the scale of the investment made, the prize money the club will miss out on and where we are in this cycle at Juventus.

Last month, Zlatan Ibrahimovic questioned Ronaldo’s motive for moving to Turin, saying: “He talks about challenges, but he decided to go to a club who have been winning the Serie A title with their eyes closed … Moving to Juventus is not a challenge at all.”

But here’s where Zlatan missed the point. Ronaldo’s challenge is not in helping Juve win an eighth consecutive league title. It’s in ending a 23-year wait for the Champions League. And that’s what’s at stake on Tuesday night. The question is: will it end in celebration or frustration?