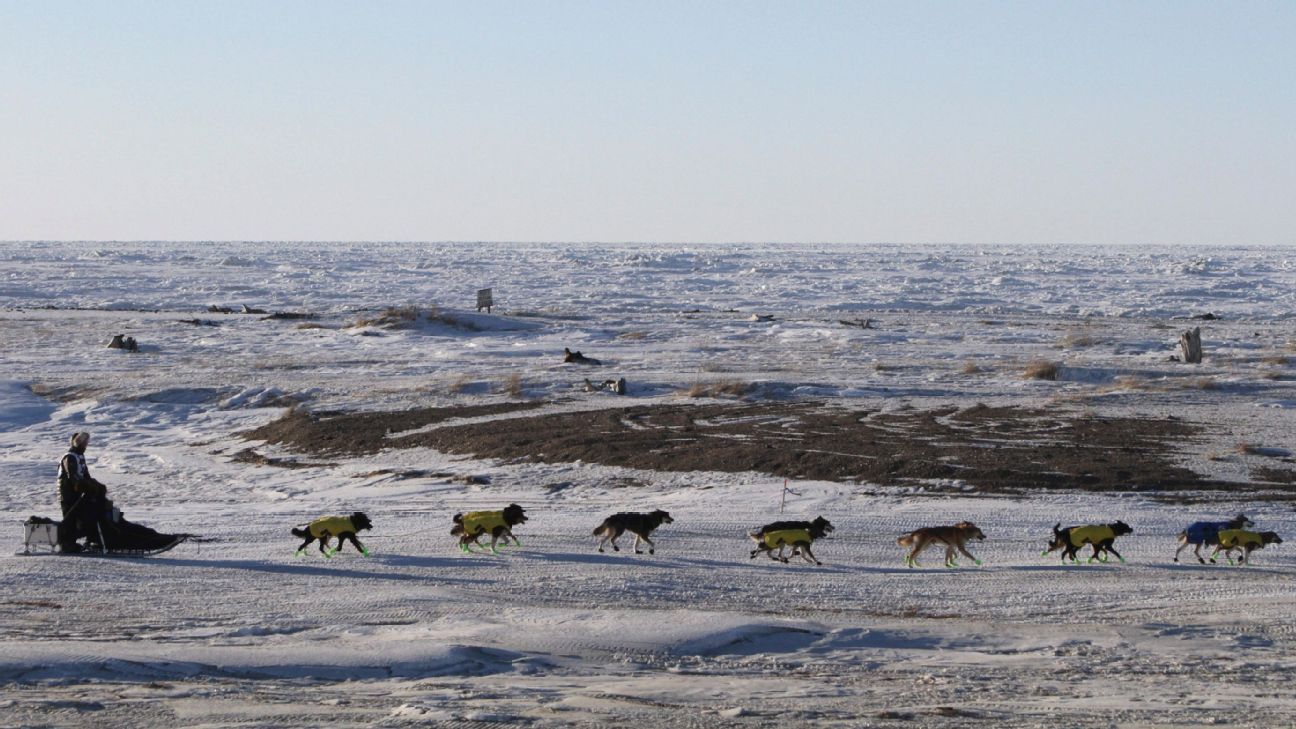 ANCHORAGE, Alaska — Musher Nicolas Petit lost a huge lead in the Iditarod Trail Sled Dog Race on Monday when his dog team refused to keep going after he yelled at one of the animals.

A dog named Joey had been fighting with another dog on the team and jumped it during a break on the way to the Bering Sea checkpoint of Koyuk.

“I yelled at Joey, and everybody heard the yelling, and that doesn’t happen,” Petit told the Iditarod Insider website. “And then they wouldn’t go anymore. Anywhere. So we camped here.”

Several mushers passed Petit’s team on the trail, erasing his five-hour lead in the race. Pete Kaiser of Alaska was the first musher into Koyuk, followed about an hour later by defending champion Joar Ulsom of Norway.

People for the Ethical Treatment of Animals, a frequent critic of the race, didn’t immediately return a message seeking comment Monday.

Petit said his dogs are well-fed and there’s no medical issue keeping them from getting up and running.

“It’s just a head thing,” he said. “We’ll see if one of these dog teams coming by will wake them up at all.”

For Petit, it’s another bad memory from the stretch between the Shaktoolik and Koyuk checkpoints.

He was in command of last year’s race when he got off trail during a blizzard and lost the lead. He wound up finishing second behind Ulsom.

“Something about right here, huh?” he mused.

The race started March 2 in Willow, just north of Anchorage. The course through the Alaska wilderness took mushers over two mountain ranges and the frozen Yukon River before they reached the treacherous Bering Sea coast.

The winner is expected to come off the sea ice and mush down Nome’s main street to the finish line sometime in the middle of the week.