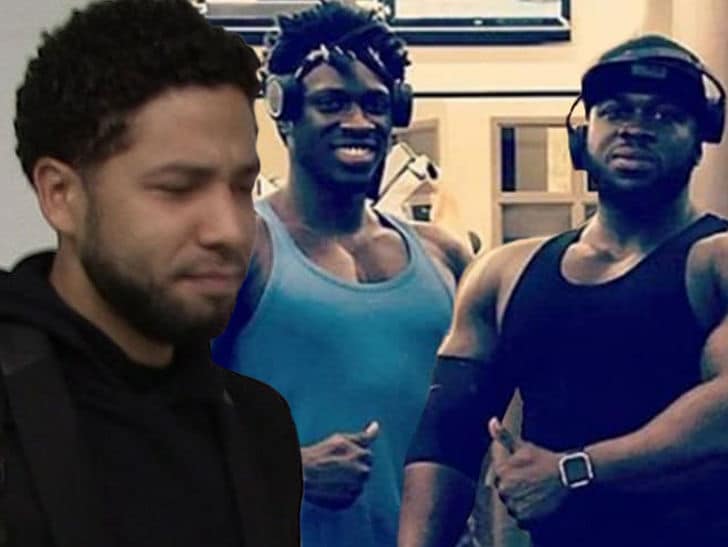 Jussie Smollett wrote that $3,500 check to the Osundairo brothers to pay for a training program — something the brothers themselves now confirm, which essentially negates one of the strongest statements Chicago PD made about the case.

Ola and Abel Osundairo‘s attorney, Gloria Schmidt, spoke out on their behalf Monday on GMA, confirming what TMZ first reported … that the check was compensation for a training and nutrition program designed to get Jussie in shape for a music video shoot. 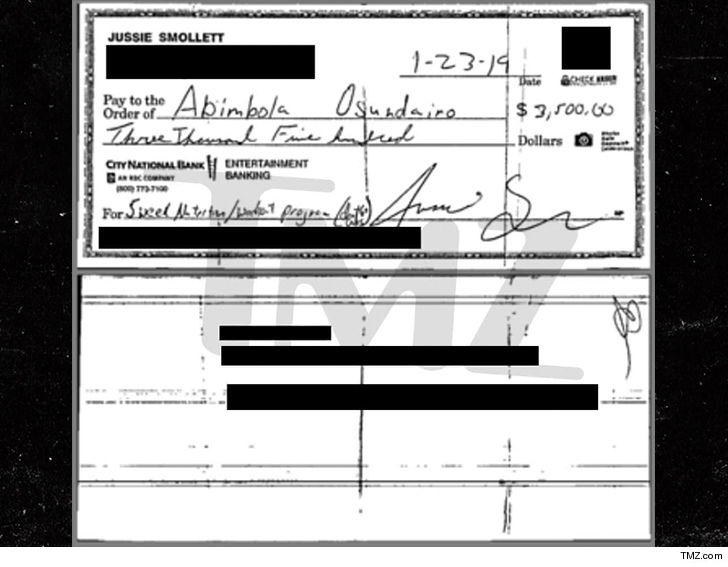 You’ll recall … during police Superintendent Eddie Johnson‘s news conference he said, point blank, “Smollet paid $3500 to stage this attack and drag Chicago’s reputation through the mud in the process.”

So, you gotta wonder … if the police got that detail wrong, what else did they get wrong? You can bet Smollett’s attorney Mark Geragos will raise that issue.

Remember, this also comes on the heels of a grand jury handing up a 16-count indictment against Jussie — where it appears they nailed the actor for EACH allegedly false statement he made during 2 police interviews. The grand jury arrived at that remarkable number — SIXTEEN — by following the lead of prosecutors who presented the case.

So, did law enforcement have it out for Smollett? If the case gets to trial, there’s little doubt Geragos will grill the police Superintendent like a cheeseburger.