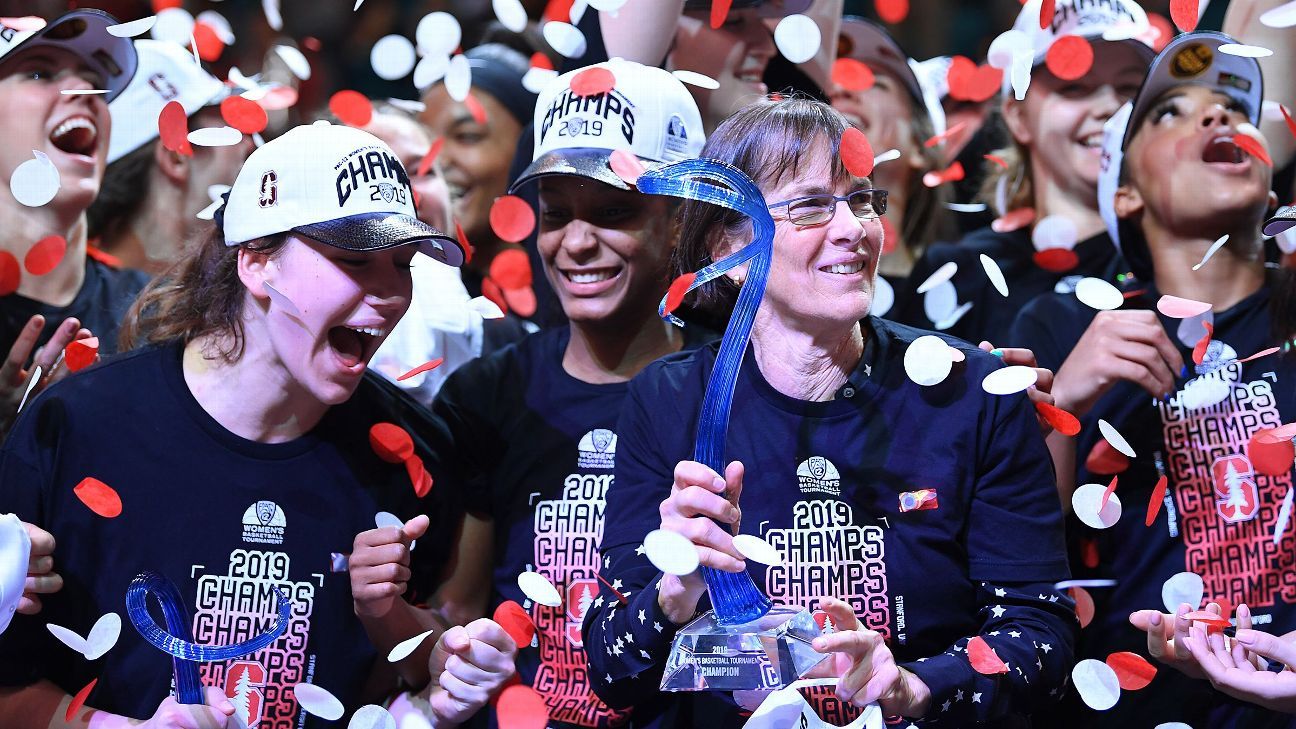 Oregon opened Sunday as a No. 2 seed in the Portland Regional. By midday, the Ducks were a No. 1 seed. At the end of the night, they were once again a No. 2.

Such was the fluid, ever-changing nature of Championship Sunday.

Here are the top two lines of bracketology through Sunday’s games:

But early on, Oregon had the inside track to a No. 1 seed. Notre Dame blasted Louisville, which struggled on defense throughout the ACC tournament, 99-79 in the ACC final. The Ducks replaced the Cardinals as they fell off the top line.

Eight hours later that was gone. In the final championship game Sunday, Stanford held Oregon, the nation’s second-highest scoring team, to a season-low 57 points in the Pac-12 final. A month ago, the Ducks dominated the Cardinal, winning by 40 points at Maples Pavilion. But Oregon’s offense hasn’t looked consistently sharp since that big Feb. 10 win, and on Sunday the Cardinal stymied the Ducks, who also missed open looks. The top 3-point shooting team in the country at 42.5 percent, Oregon hit just 6-of-22 from deep and Stanford won its 13th Pac-12 tournament crown in 18 years.

Oregon is again the No. 2 seed in the nearby Portland Regional. Like Oregon, Stanford finished the day where it started. The Cardinal have been a No. 2 seed and the No. 7 overall team on the S-curve for some time and remained there. The gap that previously existed between the top six teams and the next group was just too large to change either team’s status.

An argument could be made that Stanford should leapfrog Oregon and now be the sixth overall team, dropping Oregon to seventh. The Ducks have more top-25 wins, top-50 wins, the regular-season Pac-12 championship and that aforementioned 40-point blowout of Stanford. The Cardinal have the tougher schedule and the conference tournament title. But switching the teams’ position that slightly would have changed nothing in the big picture — Oregon is going to placed in Portland regardless. The drive takes less than two hours and the NCAA tries to keep as many teams from having to fly as possible. The NCAA standard is 350 miles; Eugene is 110 miles from Portland.

The Bulldogs earned the No. 1 seed by completing the clean sweep of the SEC regular-season and tournament championships. Despite a weaker overall résumé than Louisville, Oregon and Stanford, Mississippi State is the only one with two titles and just two losses. It took a loss by the Cardinals and Ducks to get there, but the Bulldogs emerged from the day as the fourth No. 1 seed.