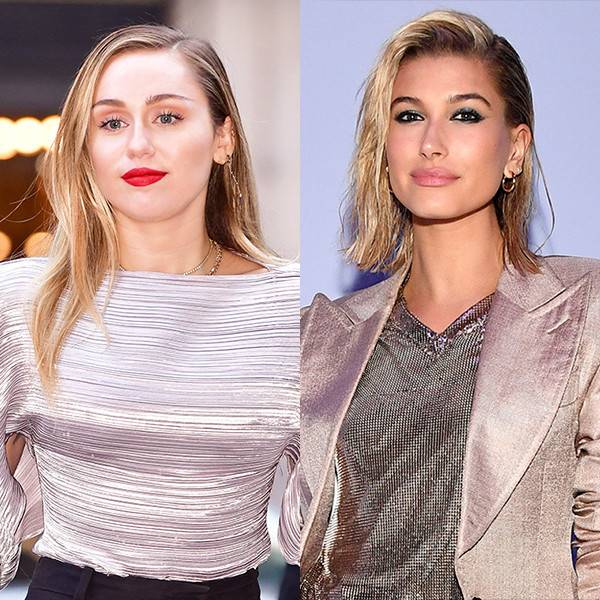 Miley Cyrus is taking it way, way back.

The “Nothing Breaks Like a Heart” singer posted a series of throwback photos on her Instagram Story on Sunday that sort of feel like something straight out of Inception. She shared pics of herself posing next to Nicki Minaj, hugging Emily Osment, kissing Katy Perrylaughing with Emma Roberts and so much more. The images could give anyone a whopping case of nostalgia.

The photos were all pegged to International Women’s Day, which was Friday. That didn’t stop the 26-year-old singer from publicizing her love for some fellow strong females. Apparently some people left the singer comments about the fact that she was sharing these tributes after International Women’s Day. Others wondered if she was “high or hacked,” but she posted a tweet in response that said it all.

“Is it still Women’s Day? Oh wait … that’s EVERY. F—N. DAY!” she wrote next to a gif of her kissing her biceps.

There was one photo, however, that really brought up all the feels.

She uploaded a picture of herself and Hailey Baldwinmaking funny faces at the camera. Cyrus’ eyes were closed and she rocked a plaid driver’s cap and black top. Mrs. Justin Bieber stuck her tongue out and the two were clearly in the middle of sharing a huge laugh.

Baldwin shared the same image on her Instagram Story. She wrote, “Oh God” with a bunch of emojis and added “hahaha.”

Their relationship goes back many years because the “Party in the U.S.A.” singer was close friends with Baldwin’s sister, Alaia Baldwin. Although, it turns out that the two of them weren’t always nice to Hailey.

Cyrus surprised the 22-year-old on an episode of James Corden‘s Carpool Karaoke, which also featured Kendall Jenner in the driver’s seat.

The Hannah Montana star told the car how she and Alaia would “be evil” to Hailey.

“She would try to play with us, like me and Alaia…we would lock her out of the room…and be evil,” she explained.

Hailey has not let all bygones be bygones in this situation, either. She recalled, “My older sister and her used to gang up on me.”

Sounding like a totally protective sibling, Cyrus reassured the younger Baldwin sister that she did it out of love and to teach her a lesson about the future. “I had to. It made you who you are. It made you stronger. Now you can always take the trolls and s–t because I was such a troll,” she said.

From the looks of it, Cyrus can’t stop and won’t stop praising the important women in her life, and we’re here for it.