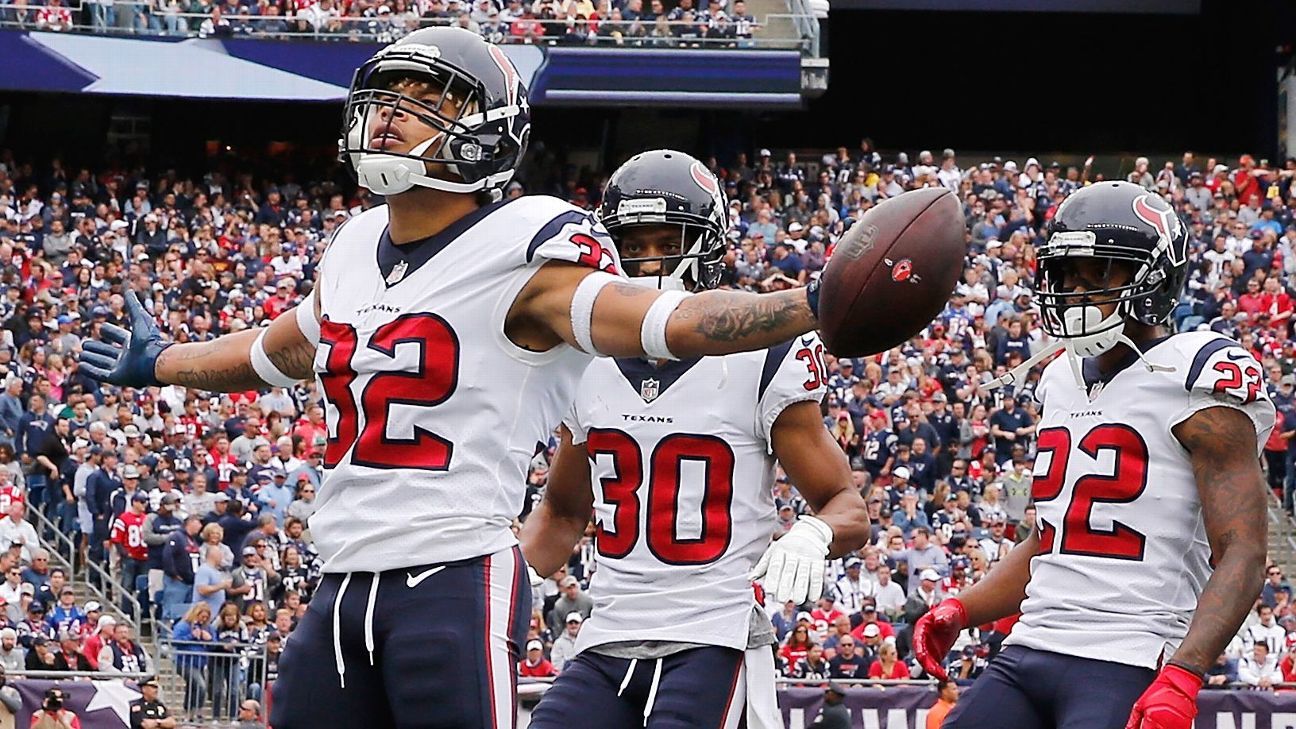 Mathieu, 26, joined the Houston Texans on a one-year, $7 million deal last offseason after he was released by the Arizona Cardinals just before the start of the new NFL year.

Driven to be “one of the best safeties in this league,” Mathieu, for the second consecutive season, played in all 16 games and tied his career high with 89 tackles. He also had three sacks, a fumble recovery and two interceptions.

“Since the day he walked in the door here, he has a presence about him,” Texans coach Bill O’Brien said after the season. “Even though he may not be the biggest guy in the world, he has a presence about him. He handles himself in a very professional way. He practices the right way. He pays attention in meetings. He doesn’t talk all the time, but when he speaks, people listen.

“I think it’s just the way he goes about it, and then I just encouraged him to be who he was, to be the leader that he is, and he’s really done a good job.”

Before joining the Texans, Mathieu ended three of his first five NFL seasons on injured reserve, including tearing his left ACL and LCL in 2013 and his right ACL in 2015, when he was a first-team All-Pro and selected to the Pro Bowl. In 2017, he played in all 16 games for the first time since entering the NFL in 2013.