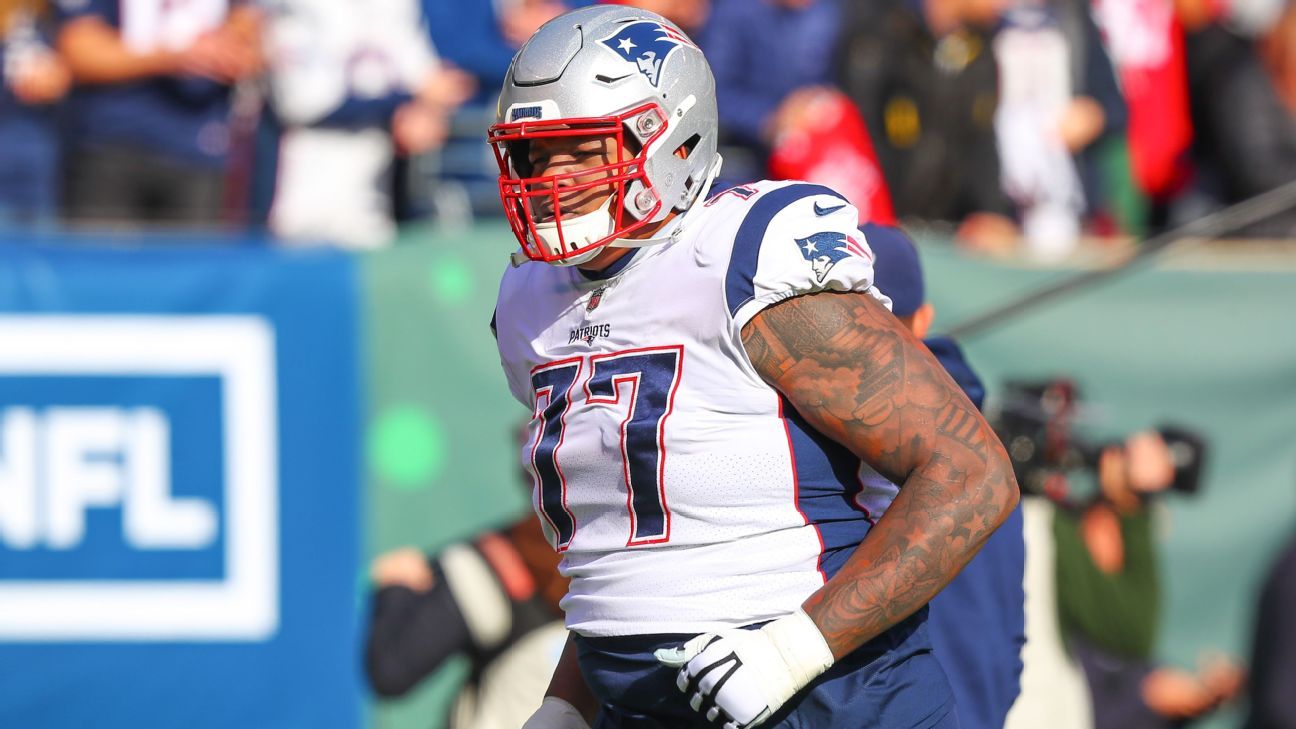 The $16.5 million average annual value of the deal is the highest for an offensive lineman in the NFL. The Tennessee Titans‘ Taylor Lewan has a $16 million average on his contract.

Brown will take over the Raiders’ left tackle job, and former first-round pick Kolton Miller is expected to slide over to right tackle.

The deal can’t officially be announced until Wednesday at 4 p.m. ET, when the 2019 league year begins.

This will be the second straight year that the Patriots’ starting left tackle will have left the team in free agency. In 2018, Nate Solder signed with the New York Giants when he became a free agent.

The Raiders’ addition of Brown comes a day after the team agreed to trade starting guard Kelechi Osemele to the New York Jets.

Listed at 6-foot-8 and 380 pounds, Brown was the largest player in the NFL in 2018. On the Adam Schefter Podcast in mid-February, he said he played closer to 370 pounds before highlighting what he hoped to accomplish in free agency.

During the 2018 draft, the Patriots had acquired Brown and a 2018 fifth-round draft pick from the San Francisco 49ers in exchange for a 2018 third-round pick. It turned out to be a shrewd move, as Brown capably filled the void created when Solder had signed with the New York Giants.

Brown had primarily been a right tackle with the 49ers, but the Patriots put him at left tackle from the first practice of voluntary workouts in the spring. When first-round draft choice Isaiah Wynn tore his Achilles in the preseason, it further solidified Brown’s standing as the blindside protector of quarterback Tom Brady.

In all, Brown played 97 percent of the offensive snaps during the 2018 regular season, and the Patriots’ offensive line, as a unit, was one of the strengths of the team.

Brown, who turns 26 on April 13, entered the NFL as a seventh-round draft choice of the 49ers (No. 244 overall). His uncommon combination of size and athleticism, along with his strong 2018 campaign in New England, set him up for his first big contract in the NFL.

Over his four years in the NFL, he has played in 47 regular-season games (44 starts), in addition to three playoff games, starting all three.