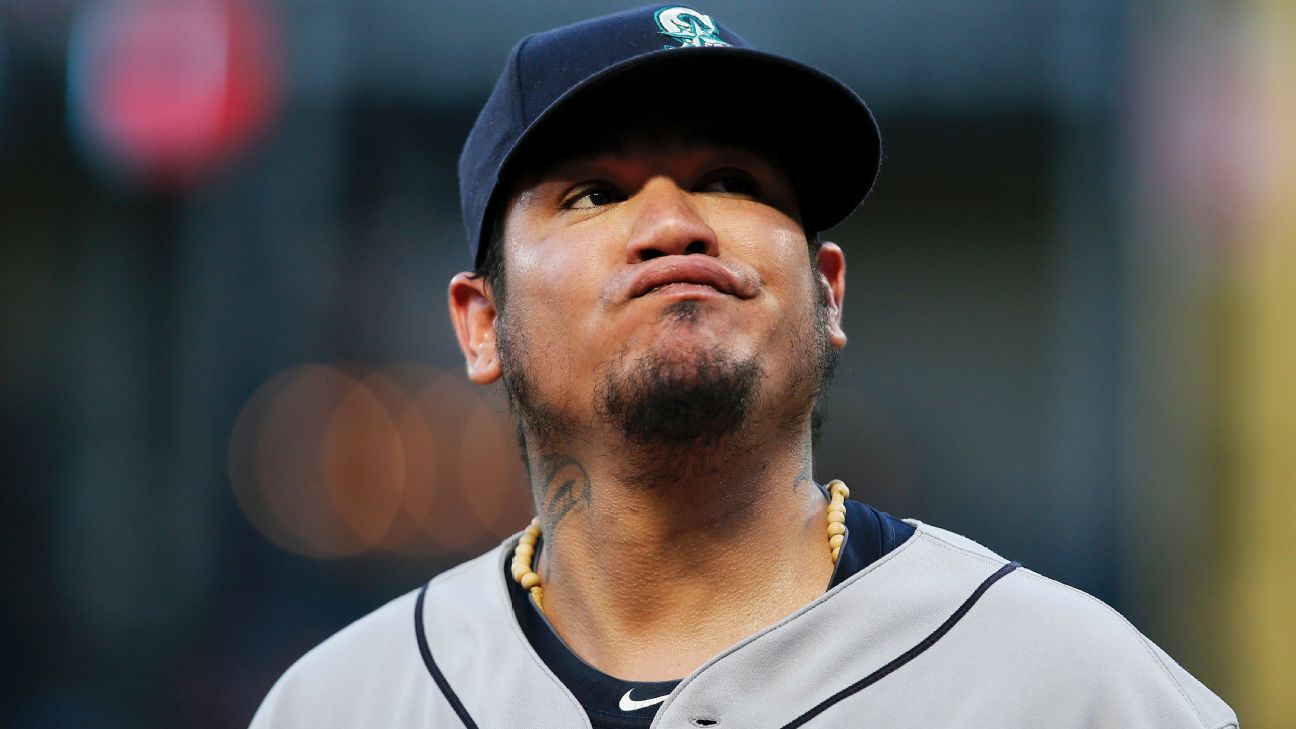 PEORIA, Ariz. — Felix Hernandez doesn’t think he could have changed the mind of Seattle Mariners manager Scott Servais about Opening Day even by pitching well this spring.

With his ERA approaching 16, it’s a moot point.

Hernandez was tagged for seven runs in three-plus innings against the Cleveland Indians on Sunday, raising his spring ERA to 15.95 a day after Servais announced that Marco Gonzales would start Seattle’s season opener March 20 against the Oakland Athletics in Tokyo.

Seattle’s decision ends Hernandez’s run of 10 consecutive Opening Day starts. That was the longest active streak in the majors and tied for the fourth-longest ever — Jack Morris set the mark at 14. Erik Bedard was the last starter before Hernandez to open a season on the mound for the Mariners.

Hernandez spoke publicly after his outing Sunday for the first time since Servais’ announcement. Asked if he was upset, Hernandez said simply, “Yeah,” but declined to elaborate on his emotions.

“I knew it was going to happen,” he added.

Hernandez was also asked if he could have convinced Servais to give him the Opening Day nod with a better spring camp.

“No,” he said while shaking his head contemptuously. “No.”

It’s the latest disappointment during Hernandez’s yearslong slide from stardom. Once a 19-year-old phenom, the 32-year-old has been losing fastball velocity since his mid-20s and been mostly hobbled and ineffective since turning 30. His ailments have been many. Among the disclosed: lower back stiffness, right biceps tendinitis, right shoulder inflammation, a strained right calf — and that covers only the past three seasons.

He had a career-worst 5.55 ERA in 29 games last season and was briefly removed from the rotation for the first time in the majors. This is his final season of a $175 million, seven-year contract.

Armed with a dastardly, dive-bombing changeup, Hernandez won 19 games in 2009, the Cy Young Award in 2010 and made six All-Star teams. He has been the face of the franchise, and his King’s Court fan section in Seattle was once among baseball’s hottest tickets.

But even his ascent was tinged with frustration. The Mariners were seldom a contender, and Hernandez has never pitched in a playoff game. After Seattle traded away some key major leaguers this winter, it seems unlikely he ever will, at least for the Mariners.

Reverence for Hernandez remains apparent. In the home clubhouse at Peoria Sports Complex last week, King Felix held court near his locker, eating fried chicken and chatting jovially from an oversized, futuristic armchair, teammates seated around him on folding chairs.

“Certainly respect,” Servais said Saturday of Hernandez’s streak. “It was a tremendous run, and he’s done awesome things. I just think where we’re at right now organizationally and where he’s at, he wants to have a big year and this does give him more time to prepare for his first regular-season start.

“But that doesn’t make it any easier. But again, we try to take as much of the emotion out of it as you can and do what’s best for our ballclub.”