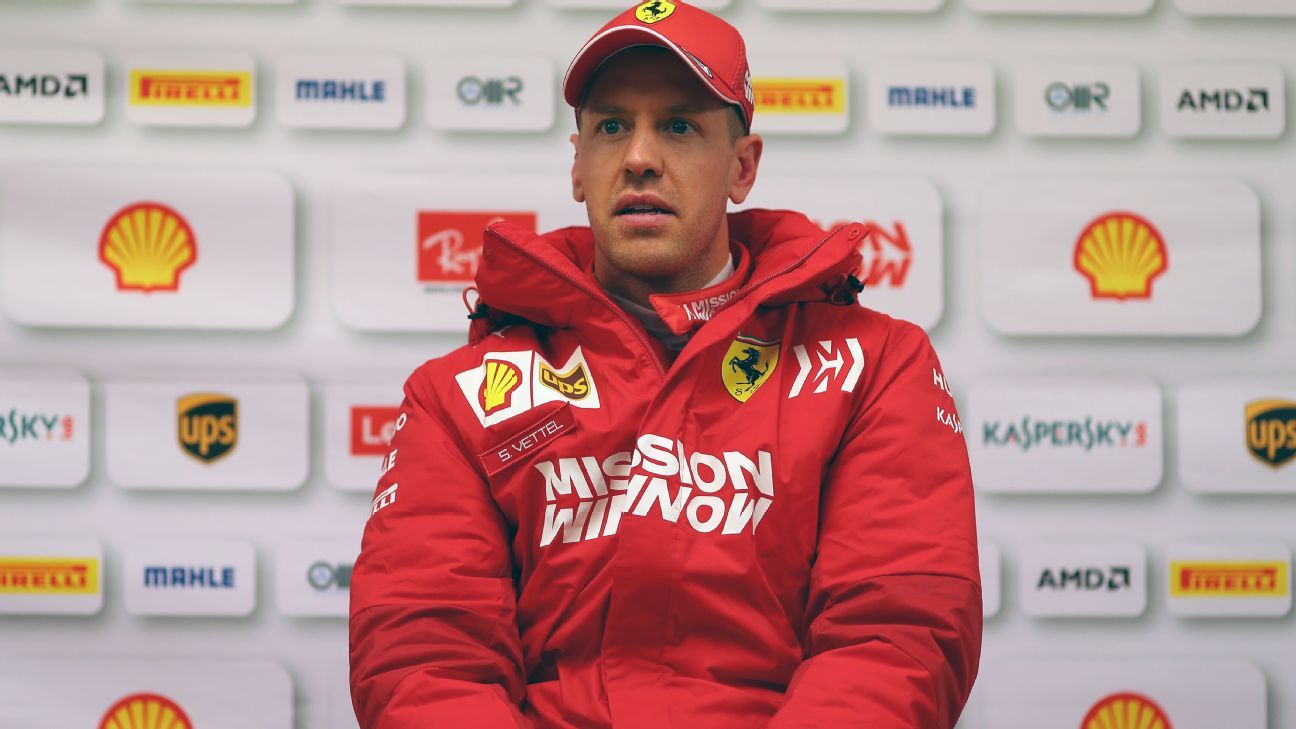 What a long winter it must have been for Sebastian Vettel.

How tempting to dwell on the turning points that lost him the 2018 world championship. That underwhelming qualifying lap in Singapore; that collision with Lewis Hamilton on the first lap at Monza; that moment he threw away the lead of his home race at Hockenheim. Championship-winning opportunities like 2018 don’t come along very often, and missing out on them can add some serious baggage to a driver’s career. There is no way of knowing how the season would have panned out had he not made those errors — perhaps Hamilton still would have emerged victorious with a superior car in the last few races — but arguably that “what if?” makes the whole season even more difficult to deal with. So how has Vettel kept his demons at bay over the winter?

In stark contrast to title rival Hamilton, who spent January surfing with Kelly Slater and trading Instagram posts with Tom Brady after the Super Bowl, Vettel disappeared from the public eye. From the little he reveals about his spare time, his hobbies include badminton, backgammon and tinkering with his collection of vintage mopeds. But unlike every other driver on the F1 grid, he doesn’t have any social media accounts and goes to great lengths to ensure his family life with his partner Hanna Prater and their two daughters remains private.

“I just tried to recharge the batteries over the winter,” he said on his first appearance in front of the media at Ferrari’s launch last month. “I was mostly at home — I can’t be bothered to travel with all the travelling we do [during the season]. I enjoyed the downtime, it was a bit more quiet.”

There were rumours that he had sought the help of a sports psychologist over the winter to digest the events of 2018 and reset his mind for 2019. Haas driver Romain Grosjean has openly talked about the success he has had working with a psychologist, especially after he triggered a series of big accidents in his first full season in Formula One in 2012. But Vettel insists he already has everything he needs in his private life to overcome the setbacks he has faced in his professional life.

“I don’t underestimate the potential behind one [a sports psychologist], but I’ve been around a couple of years and I think I am quite happy to have a strong family around me. It fulfils some of the responsibility of a mental coach.”

Being a Formula One driver can be a lonely job. The team you work with supports you, but ultimately the driver shoulders the responsibility of converting their hard work into success. One mistake behind the wheel and it is clear not just to the team but the entire world who was to blame.

As much as it sounds like a cliché, the most successful teams win and lose together. The way a team reacts to setbacks is far more important than how it reacts to individual victories. Of course, the more recent the memory of winning together, the easier it is to remain united during the hard times, Maranello needs little reminder that the last championship success came over a decade ago.

Until his death in July last year, Ferrari’s former chairman Sergio Marchionne made no secret of his frustration at Ferrari’s lack of recent championships. Speaking ahead of the 2018 season he said it would be a “tragedy” if Ferrari didn’t end its losing streak and finish the year as champions. The bar was set high and it was the job of former team principal Maurizio Arrivabene to make sure the team could hurdle it. He was under immense pressure to deliver results, but while the car was good enough to achieve Marchionne’s objectives the team itself was found lacking. The loss of points can be pinpointed to exact moments on track, but there was a wider problem at Ferrari last year. Rather than support Vettel after his mistakes in Germany and Italy, the four-time world champion looked increasingly isolated and reports from inside the team suggested a culture of fear took hold.

By the Singapore Grand Prix in September, it was clear that the atmosphere at Ferrari was becoming toxic. Championship success was still possible, but the mid-season mistakes had turned the odds massively in favour of Mercedes and Hamilton and pitched the Italian team into a downward spiral. Winning in Singapore was a must for Vettel, but after struggling to get the most from the car in qualifying and botching Sunday’s race strategy, he could only manage third behind Hamilton and Max Verstappen. By the end of the weekend he looked more alone than ever, and it was no surprise that further mistakes followed in Japan and the U.S., effectively sealing the title for Hamilton.

One man who understands the pressure of winning at Ferrari and how to deal with it is Ross Brawn. Now working as part of F1’s senior management, he followed Michael Schumacher to the Italian team in 1997 and, with the pressure of a title drought that stretched back to 1979, it took four years of hard work to return the drivers’ title to Maranello. He believes the way in which Arrivabene dealt with the pressure last year harmed the team’s chances and suspects the decision to replace him with technical director Mattia Binotto over the winter will help create a more positive environment.

“Sebastian has shown he can win the world championship,” Brawn said at a recent dinner with selected media. “The team was in a little bit of disarray last year with Sergio passing away and clearly there was friction in the team between Maurizio and Mattia. It wasn’t smooth.

“It wasn’t an easy environment last year, and although they had a good car and they were strong at times, if you are going to beat Lewis Hamilton in a Mercedes you need to be on top of everything. But I get the feeling this year they will be stronger.

“Sebastian is more than capable of winning a world championship, and with the calmness in the team I suspect they will have, and with the car looking good, I think they have got every chance this year.”

But while the team seems to be a much happier place this year, Vettel faces a new type of pressure in 2019. Since joining Ferrari in 2015 he has been paired with Kimi Raikkonen as his teammate, and for the vast majority of their time together had the measure of the Finn. But this year he is going up against a young and immensely talented driver in Charles Leclerc, who has risen through Ferrari’s driver academy to take a race seat at the age of just 21. Even if winning the inter-team battle with Mercedes is easier this year, Vettel faces an all new intra-team battle.

But, aware of the potential disharmony a Vettel/Leclerc standoff could bring to the team, Binotto has already set out his stall during the pre-season. The two drivers are free to race, but should a situation arise where a 50/50 call has to be made in favour of one driver, Vettel will get the nod.

“I think it’s normal, especially early in the season, that if there are particular situations our priority will be Sebastian,” Binotto said at the launch of the team’s 2019 car. “He is the guide with which we aim for the championship.”

But it’s no good relying on the team to tell Leclerc to move over, Vettel must assert his own authority early in the season and score strong results in the opening rounds. If he drops behind Leclerc, serious questions will be asked over his ability to deliver the title Ferrari so desires, and ultimately logic and mathematics will force the team to back the younger of the two drivers.

On the plus side, Vettel has a good history of making strong starts to the season with Ferrari. He has won the last two Australian Grands Prix and while Leclerc gets used to life at a top team in just his second season in F1, Vettel has the opportunity to hammer home the advantage of his experience. Do that, and he should have everything he needs to take the title fight to Hamilton this year. Fail and it’s hard to see how Vettel will bounce back from another winter of soul searching.

ESPN will show live coverage of the 2019 Formula One season in the United States this year. The season begins with this weekend’s Australian Grand Prix: TV times for the weekend are as follows (all times Eastern)