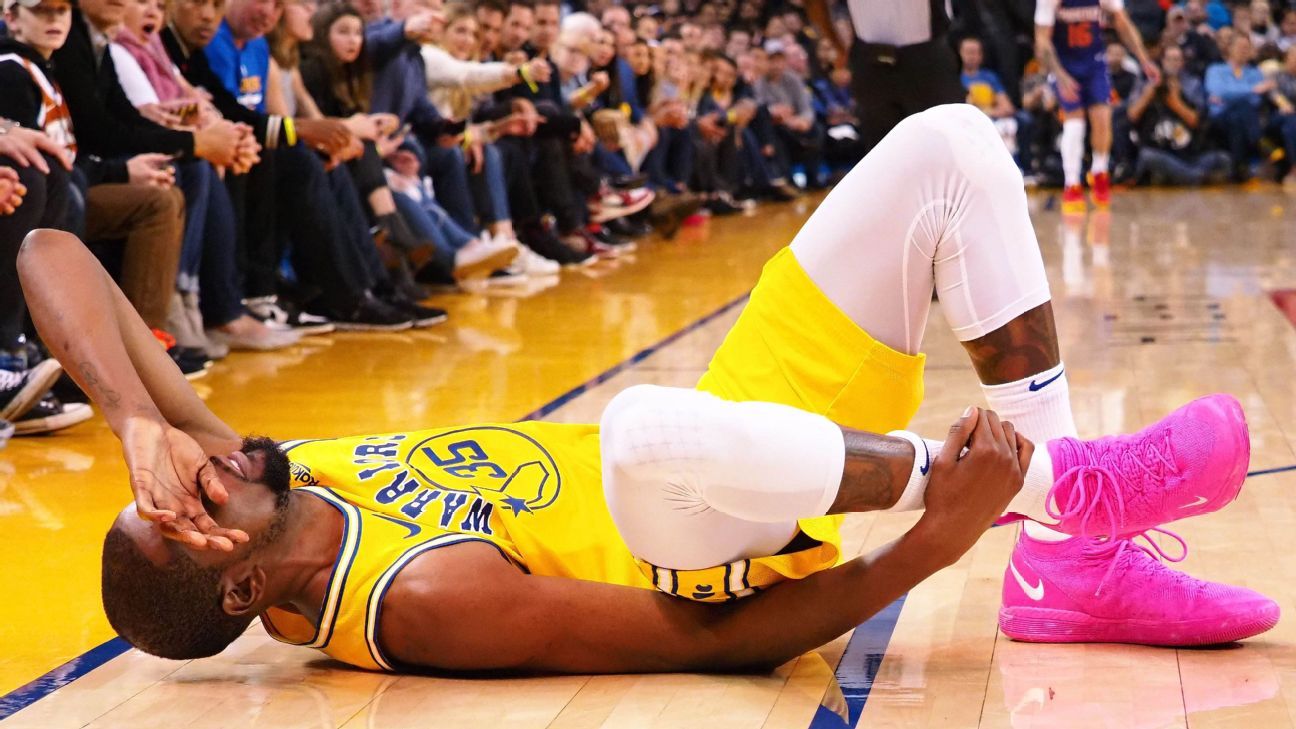 Warriors coach Steve Kerr said after the game that the injury did not seem serious and that an MRI would likely not be necessary.

“I think he’s going to be all right,” Kerr said. “He he had an ankle contusion, but I don’t think it’s bad. I talked to him briefly he didn’t seem to think it was too bad.”

The play came with 6 minutes, 34 seconds left in regulation, when Durant jumped up to make a pass and came down on Suns center Deandre Ayton‘s foot.

Durant stayed on the floor for a moment before walking off the floor and going directly back to the locker room with members of the Warriors training staff and general manager Bob Myers. He did not return to the game.

Durant scored 25 points in 30 minutes prior to the injury.