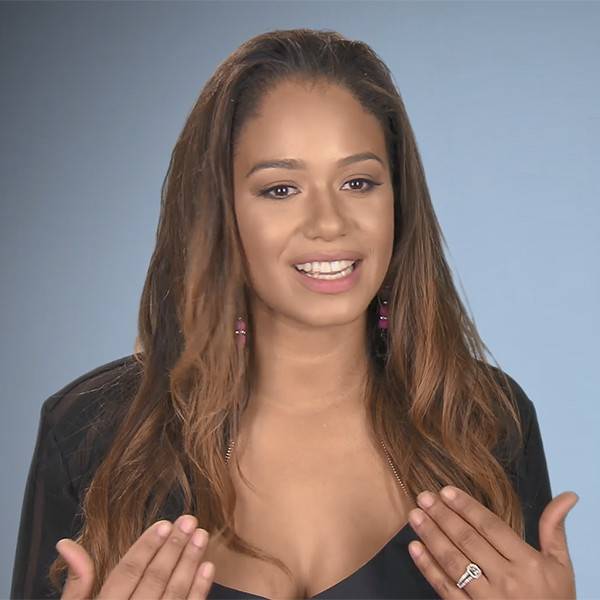 Danielle Milian‘s body has been through a lot.

But in this clip from Wednesday’s new Botched episode, Christina Milian‘s younger sister is more than ready to heal. Drs. Paul Nassif and Terry Dubrow are more than ready to help her do that, too, so long as they’re able. During an initial consultation, the doctors examine Danielle to see if there’s anything they can do about her scarred stomach and asymmetrical breast implants.

“There’s the abdominal wall muscles, which have been dramatically separated due to pregnancy and gastric sleeve surgeries,” notes Dr. Dubrow. “How do you feel about a scar…”

“…that goes hip-to-hip but is low?” he finishes.

Since past medical nightmares already left her abdomen in pretty bad shape, post-surgery scarring doesn’t bother Danielle. In fact, if it means doing away with the emotional trauma that those older scars dredge up for her, she’s all for it.

“I welcome new scars if they help get rid of all the old ones with the negative connotations connected to them,” she says.

Dr. Dubrow explains that he can perform a “full regular tummy tuck” to fix her stomach and replace her botched implant. But in a confessional interview soon after, the practiced plastic surgeon admitted Danielle’s procedures might not go over exactly as planned.

“Even though on the surface Danielle’s surgical plan seems pretty straightforward, it’s anything but,” he tells the Botched camera. “She’s had some really serious medical complications in the past so I really don’t know what I might find once I operate on her. And it could be much worse than I thought.”

Hear more about Dr. Dubrow’s surgical plan for Danielle in the clip above!

Watch a new episode of Botched Wednesday at 9 p.m., only on E!