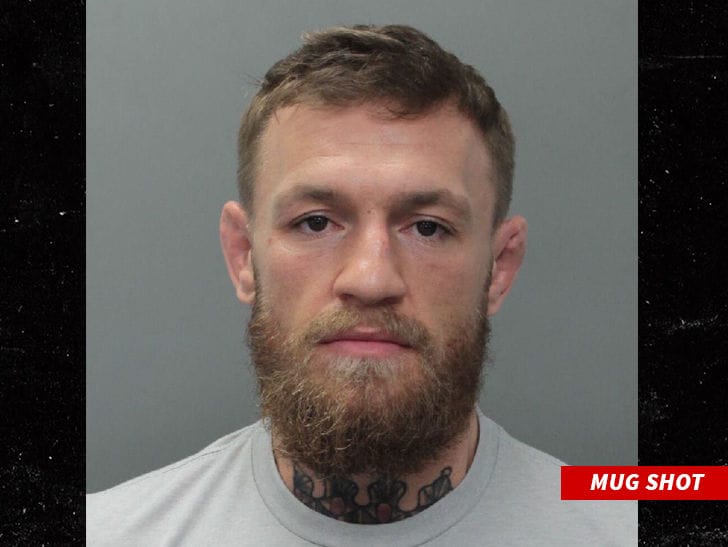 For Smashing and Stealing Fan’s Phone

Conor McGregor has been arrested again … this time for allegedly smashing the phone of a fan outside the Fontainebleau hotel in Miami Beach.

According to the police report, obtained by TMZ, at around 5 AM Monday, the owner of the phone was walking out of the hotel at the same time as Conor and as the fan attempted to take a photo, Conor slapped the victim’s phone out of his hand, causing it to fall to the ground.  McGregor then allegedly stomped on the phone several times, damaging it.

According to cops, McGregor then picked up the phone and walked away with it.

He’s been booked for robbery/strong-arm and criminal mischief over $1,000.

It’s unclear why Conor was outside the hotel at 5 AM.

He’s been in South Florida over the last few days with his girlfriend Dee Devlin and their son, Conor Jr.

Whatever happens in this case, Conor has clearly dodged a bullet by just days.  TMZ Sports broke the story Conor just completed his probation in the dolly attack case.  He completed 5 days of community service at churches in Brooklyn as well as completing an anger management class.  Had he violated probation, it would almost certainly mean significant time behind bars and possible deportation.