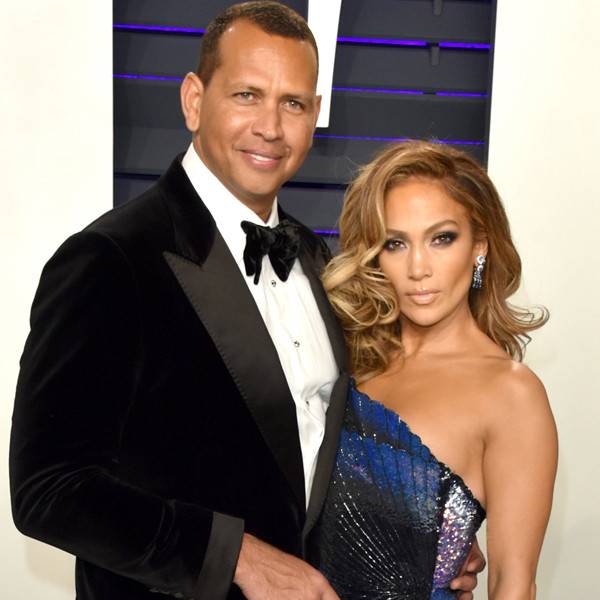 Jennifer Lopez is heading to the altar!

In case you missed the big news this weekend, Alex Rodriguez proposed to the A-list actress and singer Saturday night during a romantic getaway in Bakers Bay.

What came next was a stunning engagement ring estimated at more than $1 million. And yes, we already have famous fans wanting to be part of the wedding day.

“Alex kept all of the details surrounding his ring shopping and his proposal very private—almost everyone in their inner circle was caught by surprise when Jennifer posted the photo of the ring,” a source shared with E! News. “They’ve been madly in love since very early on in the relationship and he has made it very clear he wanted to marry her, but she had no idea it was going to happen on this trip.”

Ultimately, pop culture fans had a sense that a proposal could be happening sooner rather than later. After all, their chemistry just couldn’t be denied.

Take a look at just some of the clues that suggested this relationship was about to take a big step.

Perfect Match: Maybe it’s their experience in the public eye. Perhaps it’s their love for their children and family. Whatever the case may be, you can’t help but acknowledge all the similarities this pair shares. “We are very much twins. We’re both Leos; we’re both from New York; we’re both Latino and about 20 other things,” Alex shared with Vanity Fair. Jennifer added, “I understand him in a way that I don’t think anyone else could, and he understands me in a way that no one else could ever.”

He’s a Soul Man: On the heels of proposing to his leading lady, Alex took to Instagram Stories where he shared a screenshot of an excerpt of a poem called “Soulmate” written by Bianca Sparacino. “A soulmate isn’t someone who completes you. No, a soulmate is someone who inspires you to complete yourself,” the poem excerpt read. “A soulmate is someone who loves you with so much conviction, and so much heart, that it is nearly impossible to doubt just how capable you are of becoming exactly who you have always wanted to be.”

Happy Anniversary: When celebrating two years together, the duo’s tributes on social media proved this romance wasn’t slowing down anytime soon. “I can’t believe it’s been two years. Only 730 days, which have flown by, but it feels like we have been together forever. We are meant to be, and how much you mean to me cannot be put into words,” Alex shared on his Instagram. Jennifer would later post with the message, “Every time I think I have you pegged, you surprise me in the most wonderful ways reminding me how blessed I am to have found you now in this moment at this time… our time…”

Let the Music Play: When Jennifer released her song “El Anillo,” fans couldn’t help but pay attention the lyrics. Spoiler alert: Those words seem very complimentary towards a special love interest. “I’d never felt something this big / And your savage side drives me crazy,” Jennifer sings when translated from Spanish. “You’ve given me so much, that I’ve been thinking, / I have it all, but / Where’s the ring?”

Answers Please: For many pop culture fans, they couldn’t help but raise some eyebrows when Jennifer was asked about a possible engagement. When Ellen DeGeneres playfully grilled her in November 2018, Jennifer didn’t exact shut engagement speculation down. “So you’ll be getting married?” Ellen asked her guest. Jennifer replied with a smile, “I don’t know. I don’t know.” We know now!

Birthday Wishes: With just a few months to go until Jennifer’s 50th birthday, some were wondering if a birthday gift could be an engagement ring. “Alex has mentioned wanting to propose to Jennifer in a big, grand way, but hasn’t given any indication as to when he may pop the question,” a source previously shared with E! News. “Alex has already told people close to him that he wants to have a big celebration for her, which provides [him] the perfect opportunity to propose in front of all of their friends and family.”

Congratulations again to the happy pair!