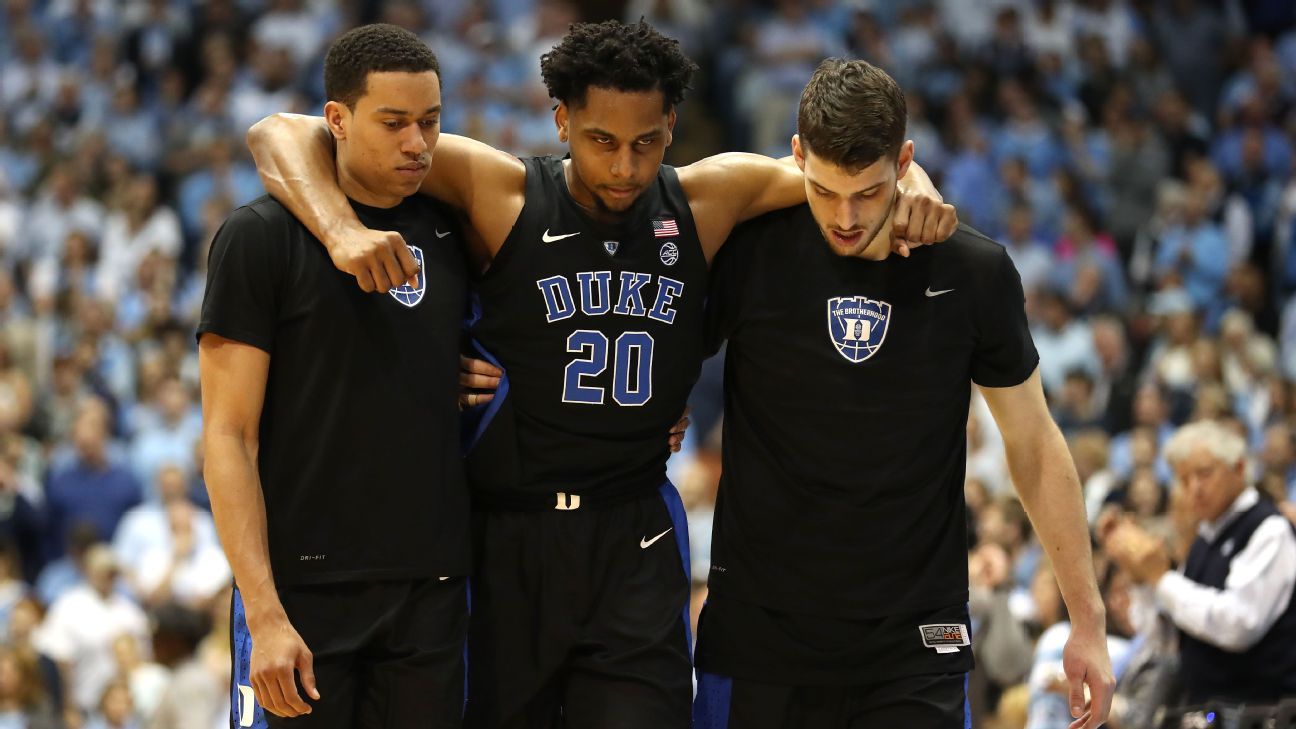 The good news: Injured star freshman Zion Williamson is set for his first full practice on Monday and is still expected to rejoin the team for its first ACC tournament game on Thursday.

Williamson missed his fifth full game on Saturday because of a sprained right knee suffered when his sneaker split during Duke’s first matchup against the Tar Heels last month, also a Blue Devils loss. Coach Mike Krzyzewski has been cautious with the projected No. 1 overall draft pick’s return, but he said after Saturday night’s tilt that Williamson is set to take part in his first full practice on Monday.

“I think we’ll get Zion back for Thursday,” Krzyzewski said. “He worked out this morning — again, no contact — but Monday, there will be. Hopefully, we’ll get a couple good days of practice where he can be 5-on-5, and then see how that goes. But the way he looks right now, I think it’s just a matter of getting in shape, getting in game shape, and going forward.”

Bolden, a starter, fell into the basket support and injured his left knee while picking up a foul on a block attempt at the 17-minute, 27-second mark of the opening half. He stayed down for several minutes before needing assistance to leave the court.

Duke announced just ahead of the second-half tipoff that Bolden would not return. The junior entered the game averaging 6.0 points and 4.8 rebounds.

Krzyzewski said he is unsure of the severity of the injury.