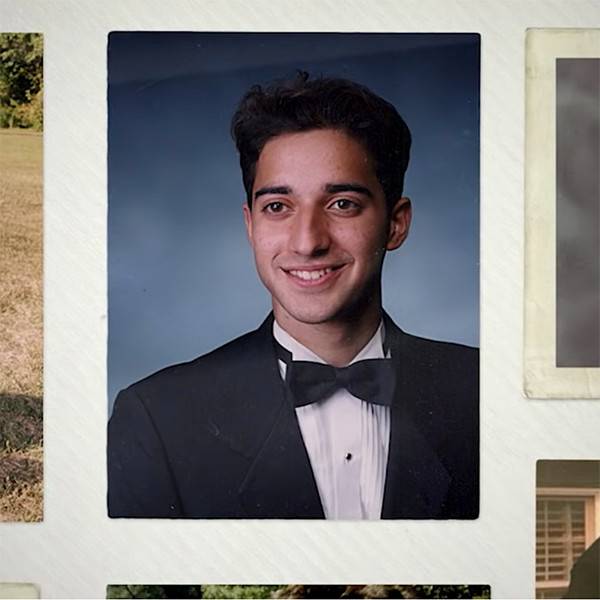 Adnan Syed‘s case is about to return to the court of public opinion once more.

Over four years after Sarah Koenig introduced the world to the 1999 murder of Baltimore student Hae Min Lee and the subsequent conviction of her ex-boyfriend for the crime with the wildly popular podcast Serial, turning us all into armchair detectives, the question over whether or not Syed was given a fair shake at proving his presumed innocence will once again become fodder for water cooler talk with the debut of HBO’s appropriately titled four-part series The Case Against Adnan Syed. Debuting on Sunday, March 10, the series, directed by Academy Award nominee Amy Berg, will re-examine the events leading to Lee’s disappearance as well as the original police investigation, while promising exclusive access to Syed and his family, new discoveries, and groundbreaking revelations said to challenge the state’s case.

“The film really does pick up where Serial left off. There have been a lot of developments, in his case especially, but we investigate this whole story thoroughly. We go down a lot of interesting paths that I think you’d need the visual medium to explore,” Berg told E! News ahead of the premiere. “We talked to a lot of people that weren’t around during the podcast. I think we go much deeper now because time has helped us and Serial has helped to unearth a lot of new information, so hopefully we’re much closer to the truth now.”

In light of the most recent development in Syed’s case—the conspicuously timed ruling from Maryland’s Court of Appeals on Friday, March 8 that reinstated his conviction, barring him from a new trial after all—we thought it might be helpful to walk you through all of the twists and turns his story has taken since Serial aired its final first season episode in December of 2014, leaving us all to debate professed accomplice Jay Wilds‘ testimony, what Lee’s note to boyfriend Don meant, who made the anonymous phone call pointing police in Syed’s direction, why couldn’t Syed remember where he was when Lee was killed, whether or not there was a pay phone in that damn Best Buy parking lot, and, you know, who the f–k did it.

By the time the season ended, Syed already had a petition before a higher court to appeal his case, claiming that his attorney Christina Gutierrez had provided ineffectual counsel. (Gutierrez, who was disbarred in 2001 following unrelated complaints made against her by clients to the stat Attorney Grievance Commission, passed away in 2004.) In February of 2015, the Maryland Court of Special Appeals filed a decision allowing Syed to appeal his conviction, using the fact that Gutierrez failed to seek a plea bargain during Syed’s second trial—the first was a mistrial after the jury overheard the judge call the late lawyer a “liar”—as grounds.

That May, the Court ordered the Maryland Superior Court to consider the admissibility of Asia McClain‘s testimony, which had been either overlooked or ignored by Gutierrez. As Serial listeners recalled, McClain claimed that she was with Syed at the exact moment the prosecution claimed he was attacking his ex-girlfriend in the Best Buy parking lot. In August, Justin Brown, Syed’s current attorney, submitted a motion that claimed the cell tower data that was crucial to convicting his client is suspect, as well, and should be examined.

After the case was remanded back to lower court, McClain and others began to testify in February of 2016 and, by late June, Judge Martin P. Welch of the Baltimore City Circuit Court granted Syed’ motion for post-conviction relief, setting aside the original conviction and calling for a new trial based on cell phone records. McClain’s testimony, however, was rejected at that time. Almost immediately, the Maryland attorney general’s office formally appealed the ruling.

Following a lengthy appeal, the Court of Special Appeals ruled on March 29, 2018 that the conviction be vacated and Syed be granted a new trial on all charges. According to the ruling, they believed Syed had received ineffective counsel because Gutierrez failed to call McClain to the testimony who, if believed, “would have made it impossible for Syed to have murdered Hae.”

“Accordingly, Syed’s murder conviction must be vacated, and because Syed’s convictions for kidnapping, robbery, and false imprisonment are predicated on his commission of Hae’s murder, these convictions must be vacated as well,” the panel wrote. “The instant case will be remanded for a new trial on all charges against Syed.”

The state had 30 days to appeal the decision, which they did, and on May 14, 2018, Maryland AG Brian Frosh‘s office argued that McClain’s testimony would not have affected the original outcome of the case. As friends of Lee began to cast doubt on McClain’s testimony in the press, the Maryland Court of Appeals began hearing oral arguments in their review for Syed’s new case on November 29, 2018.

“A few years ago, Adnan thought that he has to come to terms with maybe dying in prison, and now he feels like there’s a chance that he’s going to come home. He feels good. We all feel good,” Rabia Chaudry, attorney and  friend of Syed’s family who brought the case to Serial and subsequently launched her own podcast on the subject, Undisclosed, told the Associated Press at the time.

Sadly, though those chances diminished greatly on Friday when the Court of Appeals, the state’s highest court, declared Syed was not deserving of a new trial. On a 4-3 vote, they agreed with the lower court that Gutierrez’s counsel was “deficient” for failing to pursue the possible alibi witness, but they didn’t believe it had prejudiced Syed, stating that the evidence leveled against him was strong enough.

“Given the totality of the evidence the jury heard, we conclude that there is not a significant or substantial possibility that the verdict would have been different had trial counsel presented” an alibi witness, Judge Clayton Greene Jr. wrote for the majority.

Following the ruling, Brown tweeted, “We will not give up. #FreeAdnan.” His lengthier statement read, “We are devastated by the Court of Appeals’ decision but we will not give up on Adnan Syed,” he later said in a statement. “Unfortunately we live in a binary criminal justice system in which you either win or you lose. Today we lost by a 4-3 vote. Our criminal justice system is desperately in need of reform. The obstacles to getting a new trial are simply too great.”

For now, Syed’s options seem slim. He can file a motion for reconsideration with the Court of Appeals or ask the U.S. Supreme Court to take up the case, though both seem likely to reject it. He could also file a motion to reopen his post-conviction proceeding utilizing Welch’s support for the cell tower claim. In any event, he won’t be going anywhere any time soon.

For now, the court of public opinion will have to be enough.

“I would hope that Adnan would get a new trial, because I know that’s what he wants the most is to put everything on the record,” Berg told us. “But I don’t think he’ll ever get a new trial, so I think that this film will serve as his trial for many reasons.”

The Case Against Adnan Syed premieres Sunday, March 10 at 10 p.m. on HBO.