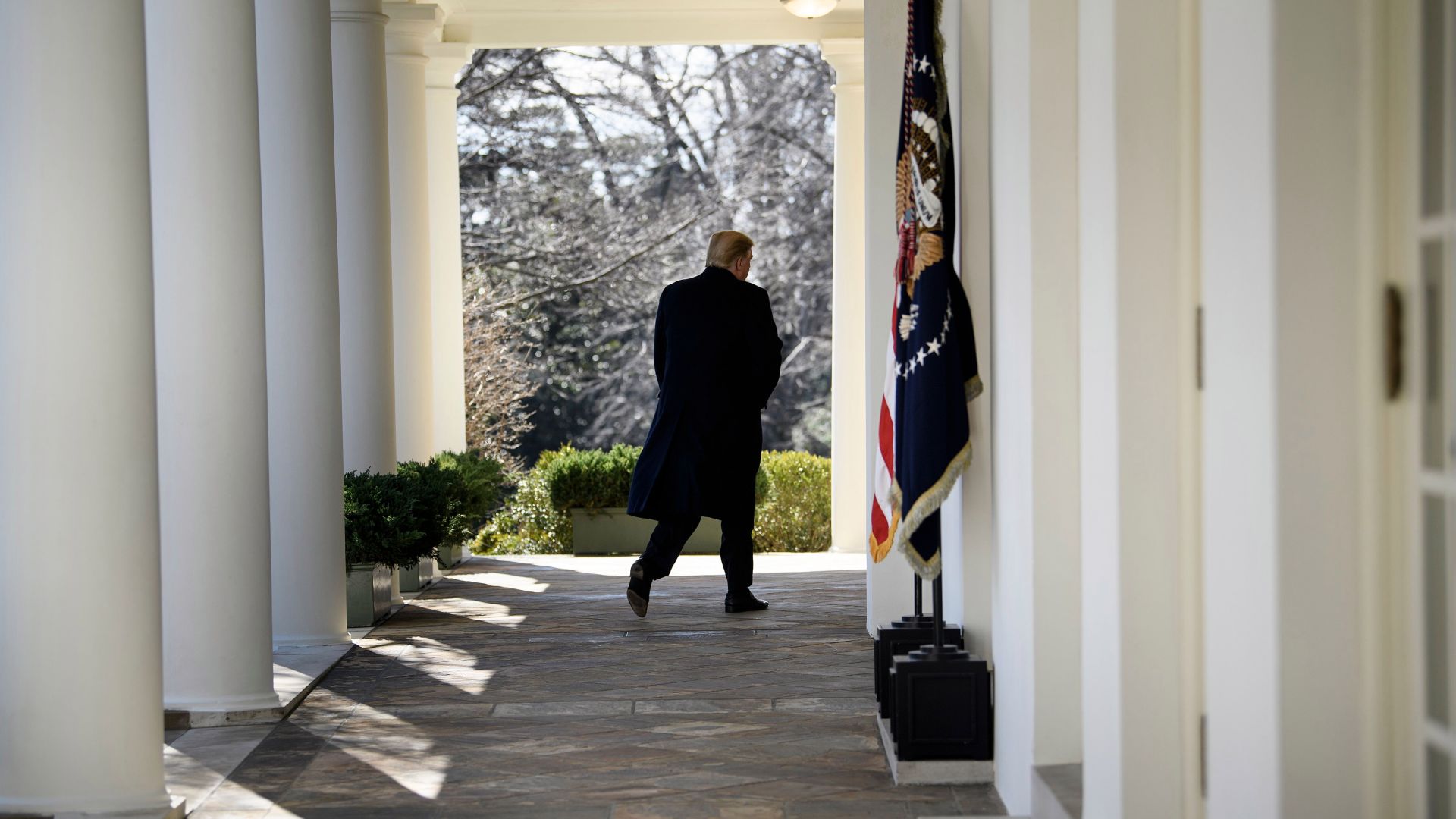 Insist on more border wall and defense funding. Scapegoat already-struggling domestic programs. Then gear up for a political fight with House Democrats.

That’s the strategy in year three of President Donald Trump’s first term. His administration’s budget proposal — set for release Monday — is doubling down on a budget battle over border wall money, while cutting domestic programs in favor of military spending.

This comes a month after the longest government shutdown in history over the same border wall fight Trump has waged with both Republicans and Democrats in Congress.

On Sunday, Reuters reported that President Trump will ask Congress for $8.6 billion in border wall construction. This is 6 percent larger than the amount of funding the president has put into play by invoking his emergency declaration following the government shutdown earlier this year.

This means that the Trump White House appears likely to continue its past strategy of picking fights with both Republican and Democratic congresses over wall funding.

Fox News’ Chris Wallace asked White House top economic adviser Larry Kudlow if the $8.6 billion request for more wall funding meant that there would be another budget fight over the wall. Kudlow’s reply? “Well, I suppose there will be.”

Larry Kudlow says that Trump will continue with the wall #FNS pic.twitter.com/IZ6DTIAmti

Some of the Defense Department’s budget increase would go to replacing money the White House took in declaring the national emergency for wall construction — yet another attempt on the part of the administration to get American taxpayers to fund the wall, separate from the additional $8.6 billion budget request.

Trump has claimed that the wall would cost $15 billion and would pay for itself, while other estimates peg the cost at closer to $70 billion.

“If you want to deal with budget deficits, you’ve got rapid growth, which means keep the tax cuts in place, we believe the 3 percent growth rate of 2018 will continue in 2019 and beyond 2020 and so forth,” Kudlow said.

“I think the other element is always to limit spending, and the president is proposing a roughly 5 percent across the board in domestic spending accounts. It will be a tough budget. We’re going to do our own caps this year.”

The Trump budget reportedly does not project a balanced budget for at least 15 years, instead of the 10 years past Republican-authored budgets have envisioned. The only rationale given is a projection for continued high growth, a scenario unlikely to be sustainable for such a period of time.

The White House budget proposal is a yearly exercise in messaging and priority-setting, even when the president’s party controls Congress.

The last two years’ final budgets have not resembled the Trump administration’s proposals, despite Republican control of the House and the Senate. The budget process originates in the House, and this year Democratic lawmakers will draft the budget. Once passed, it goes to the Republican-controlled Senate, and then onto the president to sign.

But this year might be even more acrimonious, as Trump looks to his 2020 re-election battle.

On Friday, the Washington Post reported that White House officials planned to actually fight for their previously-ignored proposed domestic spending cuts now that Democrats are in charge of the House. This political effort would seek to cut anti-poverty programs and impose stricter work requirements on housing, health care, and food support initiatives.

But it’s not just Democrats who would look to block Trump’s proposed budget. Rep. Tom Cole (R-OK), a conservative budget hawk, dismissed the idea, according to The Post.

“It’s hard to maintain a straight face with that kind of proposal,” he said.