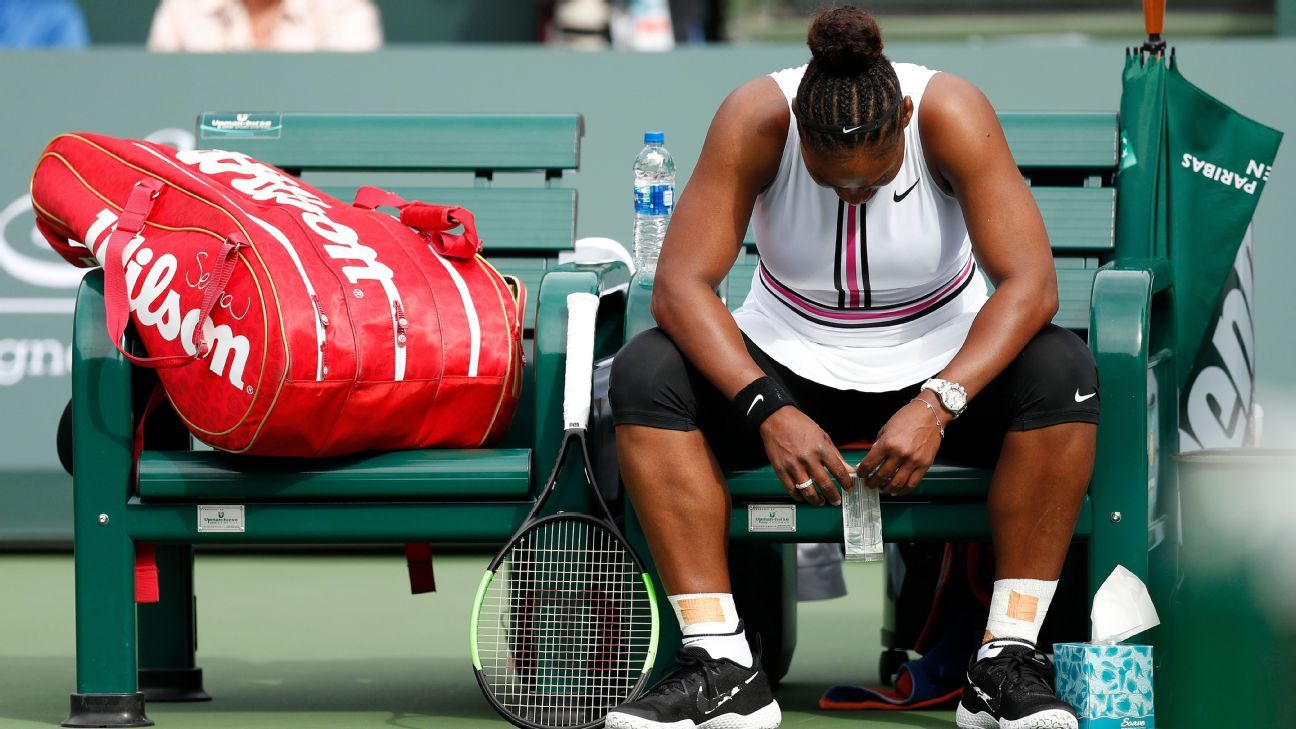 INDIAN WELLS, Calif. — Serena Williams retired from her third-round match at the BNP Paribas Open on Sunday because of a viral illness.

Williams raced to a 3-0 lead over two-time major champion Garbine Muguruza before dropping six straight games and the first set, 6-3.

During the changeover between sets, Williams called for a trainer who worked on her. She went back out and lost the first game of the second set.

The match was soon declared over and Williams walked off the court.

She was playing her first tournament since the Australian Open in late January, when she lost in the quarterfinals.

After a first-round bye in Indian Wells, she beat Victoria Azarenka 7-5, 6-3 on Friday night.

It’s the second time in four years that Williams has withdrawn from the tournament. She returned to the desert in 2015 after a 15-year boycott. That year she reached the semifinals before withdrawing against Simona Halep. She missed 2017 because of pregnancy.

Earlier, Roger Federer beat Peter Gojowczyk 6-1, 7-5 in the second round.

Federer saved six of seven break chances against the German after losing just two points on his serve in the first set.

Federer has reached the final of the desert tournament in his past four appearances, winning two years ago. In all, he owns five titles at Indian Wells. He won his 100th career title in Dubai last week.

Kozlova led 6-5 and was within two points of winning the first set before Halep forced a tiebreaker in their first meeting. Halep dominated the tiebreaker, urged on by a large contingent of Romanian fans at Indian Wells Tennis Garden.