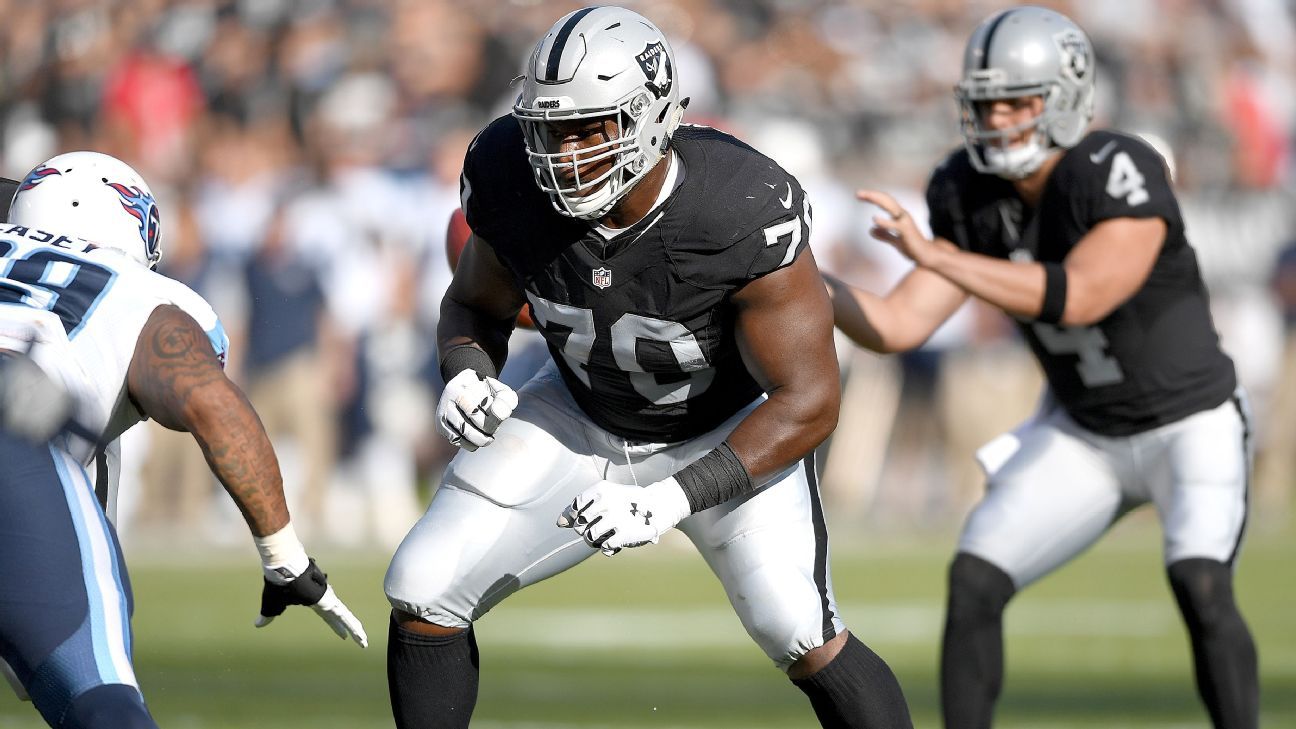 The Oakland Raiders have an agreement in principle to trade guard Kelechi Osemele to the New York Jets, sources tell ESPN’s Adam Schefter and Josina Anderson.

The Raiders and Jets have agreed to a swap of late-round picks as part of the trade, according to sources.

Osemele was selected to the Pro Bowl in each of his first two seasons with the Raiders (2016 and ’17) after signing a five-year, $58.5 million contract with $25.4 million guaranteed as a free agent in 2016. He started 42 games in his three seasons in Oakland.

The trade comes just one day after the Raiders agreed to a deal with the Pittsburgh Steelers for receiver Antonio Brown, according to a source.

The trades for Brown and Osemele cannot be officially announced until the beginning of the new league year Wednesday.

Osemele spent his first four seasons with the Baltimore Ravens, who selected him in the second round (60th overall) of the 2012 draft.