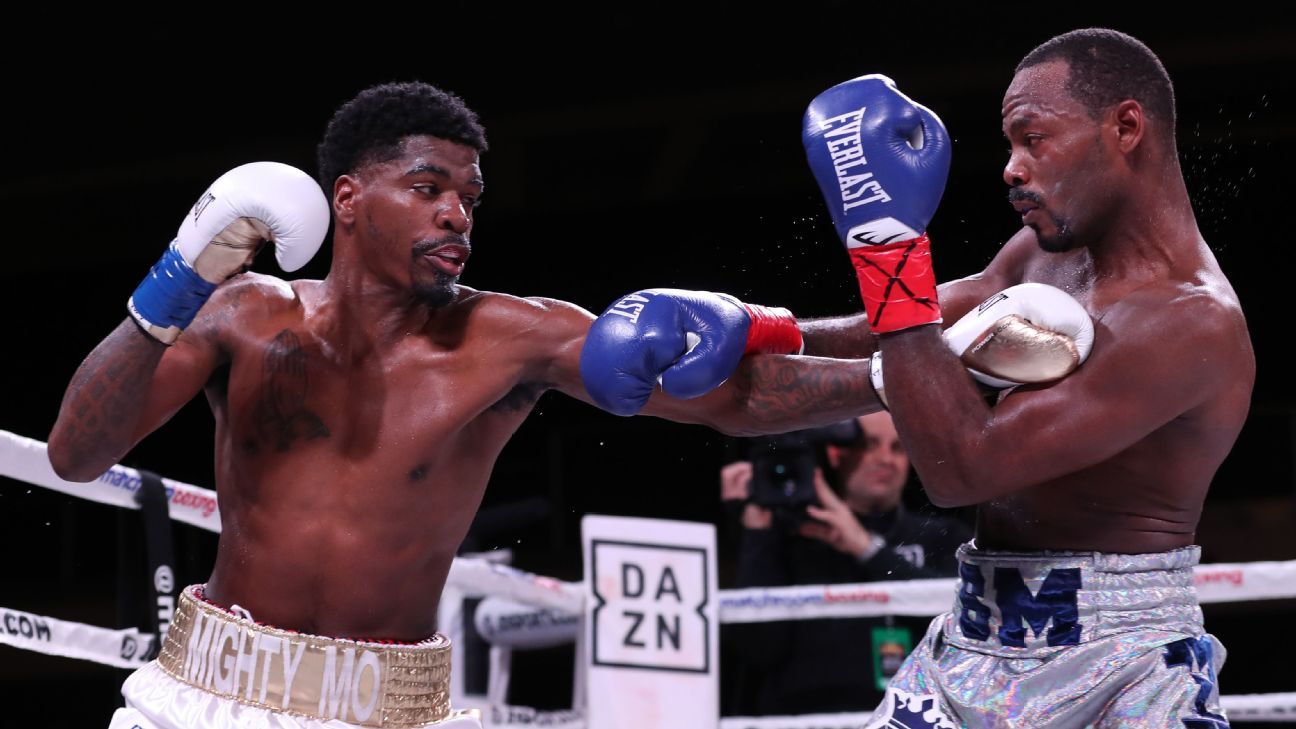 VERONA, N.Y. — Maurice Hooker had a herculean struggle to make 140 pounds at Friday’s weigh-in, so nobody was quite sure what he would have in the tank on Saturday night. It turned out to be more than enough.

“I give myself a C-minus in my performance,” Hooker said. “I wasn’t good, but I had to push. Look, you live and you learn. If you judge me from this fight, you better not get in the ring thinking the same thing because I am coming for you.”

After the fight, he addressed England’s Jack Catterall (23-0, 12 KOs), his mandatory challenger, who was ringside on a scouting mission.

“Where’s Jack Catterall? He came all the way over here to watch me fight. Just wait, young grasshopper, you will get your turn,” he said to Catterall.

Hooker (26-0-3, 17 KOs), of Dallas, was making his second title defense since going on the road to Terry Flanagan’s hometown of Manchester, England, in June and winning a split decision against the former lightweight titlist to claim the vacant 140-pound belt.

Hooker, 29, appeared to comfortably make weight for his first defense, a seventh-round knockout of Alex Saucedo in November in Saucedo’s hometown of Oklahoma City, but he had massive trouble making weight for the fight with LesPierre.

A badly drained Hooker took virtually all of the allotted two hours and needed four tries to make weight after being half a pound over on the first try and then a quarter of a pound before barely making it.

By fight night he had blown up to 160 pounds and did not seem to show any negative impact from the rough weight cut. His arms were much longer than LesPierre’s and he outjabbed him constantly and mixed in straight right hands against an opponent who did not throw many punches.

“Making weight [with such difficulty] was my fault. I was in the room messing around. That was my fault,” Hooker said. “I’m learning as I go. I’m not done yet.”

Hooker had a big fifth round as he continually caught LesPeirre, forced him to hold and nearly dropped him in the final seconds. LesPierre (21-1-1, 10 KOs), 34, of Brooklyn, New York, who was taking on the first notable opponent of his career, suffered a cut over his right eye in the round.

Hooker, having no issues, showboated in the closing seconds of the eighth round by shaking his body and sticking his tongue out at LesPierre.

In the ninth round, Hooker pinned him along the ropes and dug a left hook to the body to knock him down. He barely beat the count but made it out of the one-sided round.

Light heavyweight Callum Johnson easily blew out Seanie Monaghan, dropping him twice in a one-sided, third-round destruction to bounce back from his only loss.

Johnson (18-1, 13 KOs), a former British and Commonwealth champion from England, came within a whisker of winning a 175-pound world title in his previous fight on Oct. 6 in Chicago, where he knocked down titlist Artur Beterbiev in the first round and had him in major trouble only to lose by fourth-round knockout in an all-action brawl.

But he dominated Monaghan (29-3, 17 KOs), of Long Beach, New York, who lost his second fight in a row, having also dropped a one-sided decision to former world title challenger Sullivan Barrera on Nov. 3.

“I thought it was a good performance,” Johnson said. “I can’t say it was perfect. I learned a lot from the Beterbiev fight. I would love to fight the winner of the main event, and I think these people would love to see me back in America. I needed the win to get back on track. But, mentally, I needed that loss more.

“I think that got me in the place that I learned what I need to do in camp now, the little things. Working on tactics and my diet and things like that. (Matchroom Boxing promoter) Eddie (Hearn) is here to make sure that I am getting the biggest fights so I can make money for my family.”

Johnson, 33, cut Monaghan over the left eye in the first round and had him in trouble. By the second round, Monaghan’s face was covered with blood and Johnson was all over him. He floored him with a heavy right hand and a left hook, and although Monaghan, 37, made it to his feet, he seemed out of it. But referee Charlie Fitch allowed it to continue and moments later Johnson flattened him again. Monaghan rose and the bell rang to end the round.

Johnson immediately went after him to begin the third round and pounded him with numerous punches until Fitch stepped in at 23 seconds.

“There isn’t a fighter that is out there in the light heavy division that is stronger than me,” Johnson said. “I have power to knock anyone out. I know I had a tough competitor ahead of me in Monaghan. I enjoyed myself out there tonight.”