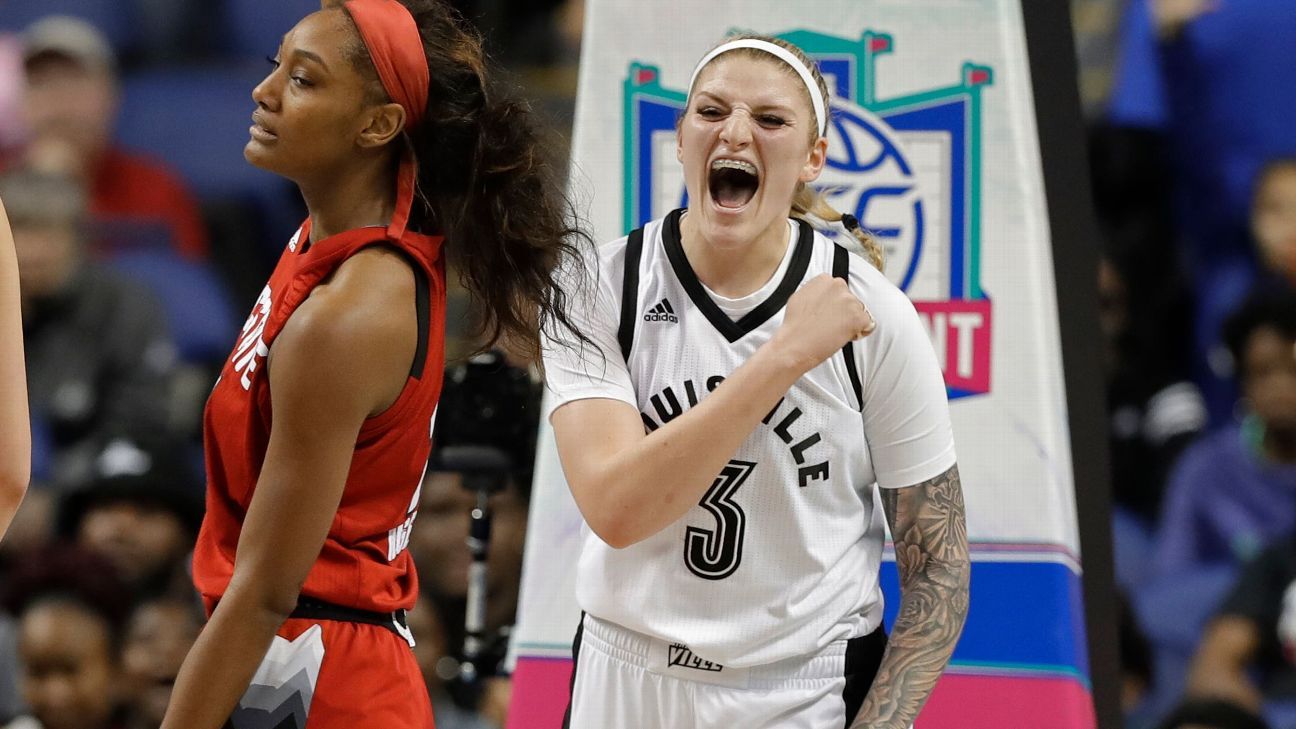 GREENSBORO, N.C. — Who can win a battle of wills between Notre Dame and Louisville? For the second consecutive season, that’s the question that will be answered in the ACC women’s basketball tournament final. And it’s a game that could have big implications for the NCAA tournament.

The top-seeded Irish clobbered No. 5 seed Syracuse 91-66 in Saturday’s semifinals, while No. 2 seed Louisville had to scrap to the end to defeat No. 3 seed NC State 78-68. They set up what was expected: Notre Dame vs. Louisville for the league tournament title Sunday (ESPN2, noon ET). The Irish and Cardinals tied for the regular-season title at 14-2; Notre Dame won their lone meeting in the regular season 82-68 on Jan. 10.

The path here had some bumps for both teams in the regular season. Notre Dame was upset on the road by North Carolina and Miami; the Hurricanes also gave the Cardinals their other ACC loss.

Now the schools that have taken over ACC women’s basketball will play with a lot on the line. Both seem assured of No. 1 seeds in the NCAA tournament, just like last season when both went to the Final Four. But Sunday’s winner will have a closer trip for potential regional games: The ACC tournament champ will be placed in the Chicago Regional.

That’s a 94-mile drive for the Irish, who are the defending national champions but are looking to avenge last season’s 74-72 loss in the ACC final to the Cardinals.

“We all know what happened last year,” Notre Dame guard Jackie Young said. “I think everybody would be looking forward to this game again.”

Last year, Louisville coach Jeff Walz had a few words for Notre Dame’s Muffet McGraw after the final, because he was upset she hadn’t used Cardinal star Asia Durr’s name when talking about the ACC Player of the Year award. Durr repeated that honor this year.

Notre Dame’s Arike Ogunbowale and Durr are the top two scorers in the ACC, and both are expected to be first-round picks in the WNBA draft in April. On Saturday, Durr led Louisville with 22 points, while Ogunbowale (12) was among five Irish starters who scored between 12 and 18 in a balanced attack that steamrollered Syracuse.

It’s safe to say that Walz and McGraw don’t trade friendly texts. But both are complimentary of the others’ programs. Notre Dame joined the ACC in 2013-14, and Louisville followed the next season. Before they entered the league, the ACC women’s tournament had been dominated mostly by Duke and North Carolina since 2000.

That has all changed, as former Big East members Notre Dame and Louisville stepped in right away as ACC powers.

This season, the Irish have the upper hand on offense, averaging 88.7 points per game, while Louisville is the league’s best defensive team, allowing 59.2 PPG.

“Notre Dame’s playing fantastic,” said Walz, whose Cardinals rank second offensively at 79.0 PPG. “I mean, offensively, they’re really fun to watch when you don’t have to play them. I’ve never seen a group of kids push the ball as hard as they do in transition. They get it and go. They can go on a 12-0 run in two minutes.”

Rebounding and turnovers will be keys for Sunday; Louisville will try to win the board battle and get points off Irish miscues. The Cardinals were able to score 28 off 17 NC State turnovers on Saturday, although it will be a challenge to do that to the Irish.

In the regular-season matchup, Notre Dame outrebounded Louisville 48-32, something that sticks with the Cardinals.

“That’s pretty much what I think of when it comes to that Notre Dame game: boxing out, containing the ball, contesting shots,” said Louisville’s Sam Fuehring, who had 14 points and 12 rebounds Saturday.

McGraw has been harping on her team to play better defense and not rely on how good the Irish’s offense is. She has seen some progress, but that has to be a concern for Sunday, especially with how this game will impact Selection Monday (March 18, ESPN, 7 p.m. ET).

“I think it starts with our focus, just sometimes coming out, thinking we’re going to outscore people,” said senior guard Marina Mabrey, who became the Irish’s career leader in 3-pointers (263) during the semifinal game. “I think we really need to lock in and want to defend and kind of have that competitiveness and pride in our defense. We plan to bring that tomorrow.”