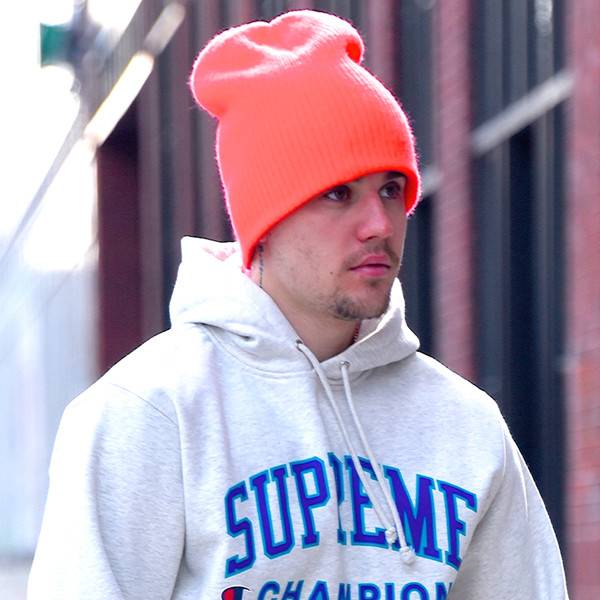 Justin Bieber has broken his silence about his mental state and is reaching out for help from his friends and fans, a month after E! News learned he is battling depression.

The 25-year-old pop star posted on his Instagram page on Saturday night a 2016 photo of himself wearing a shirt bearing a photo of late rapper Tupac Shakur and standing while embracing and praying with Kanye West, Sean “Diddy” Combs and manager Scooter Braun.

“Just wanted to keep you guys updated a little bit,” Bieber wrote. “Hopefully what I’m going through will resonate with you guys. Been struggling a lot. Just feeling super disconnected and weird.. I always bounce back so I’m not worried just wanted to reach out and ask for your guys to pray for me. God is faithful and ur prayers really work thanks .. the most human season I’ve ever been in facing my stuff head on..”

Tens of thousands of people, including Diplo, Luis Fonsi, and Madison Beer expressed their well wishes to the singer.

A source told E! News in February that the singer is “batting depression and he’s been having a difficult time.”

“He really wants to get better,” the insider said. “He has been seeking all the help he can get.”

The source said Bieber has formed a strong support network composed of “the people that love him most,” including his wife Hailey Baldwinand his pastor.

Also on Saturday night, Bieber posted on his Instagram Story videos of the model doing laundry pantless and playing with their dog, Oscar.

The source also said the singer ” is in outpatient therapy and getting help every day.”

Another source told E! News last month that Hailey has been “doing whatever she can to help” the singer and has been going with him to appointments and meetings.

“She’s very involved in his plan of action and making decisions,” the insider said. “She’s the rock right now and he goes to her for everything. She listens and is always there for him. Hailey has known about his struggles for a long time. He has dealt with depression before and this is not new to her.”

Hailey also “knows it’s not about her and their marriage is solid,” the source added.

In an interview with Vogue, published in February, Bieber opened up about his struggles, saying he recently attended a weeklong intensive group-therapy retreat and adding, “My mom was depressed a lot of my life and my dad has anger issues. Stuff that they passed on that I’m kind of mad they gave me.”

In the interview, Bieber also revealed that he used to abuse Xanax. The powerful anti-anxiety drug’s short-term effects can cause a feeling of euphoria, but like most benzodiazepines, can also worsen depression if taken in the wrong doses.

“I found myself doing things that I was so ashamed of, being super-promiscuous and stuff, and I think I used Xanax because I was so ashamed,” said the singer, who battled legal and personal turmoil mostly in 2014. “My mom always said to treat women with respect. For me that was always in my head while I was doing it, so I could never enjoy it. Drugs put a screen between me and what I was doing. It got pretty dark. I think there were times when my security was coming in late at night to check my pulse and see if I was still breathing.”

In 2017, Bieber’s manager talked to The Wall Street Journal about the singer‘s turbulent year, saying, “It was worse than people realized. I failed him day after day. We were living in hell because he was in such a dark place.”