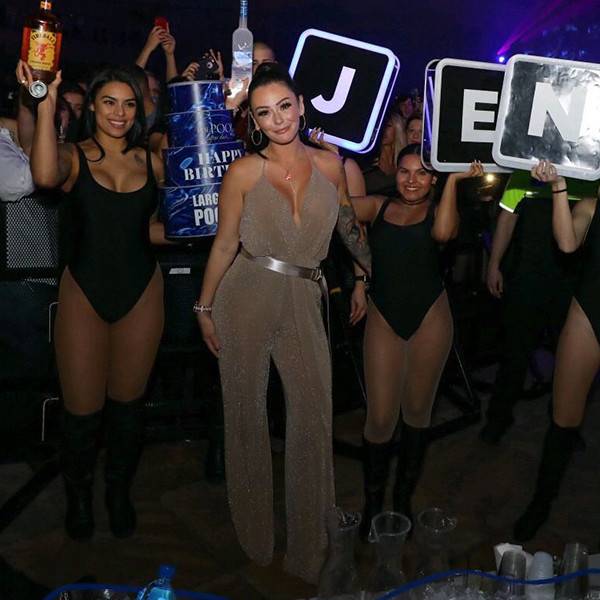 Many of the Jersey Shore stars gathered in Atlantic City on Saturday to do what they do best: Party!

Specifically, they were on hand to help throw cast mate Jenni “JWoww” Farley a surprise party to celebrate her recent 33rd birthday. The festivities began at the Italian restaurant Martorano’s at Harrah’s and later moved to the resort’s Pool After Dark, where Jersey Shore‘s DJ Pauly D performed and kicked off a new DJ residency.

“I am still in shock,” JWoww wrote on Instagram, alongside a slideshow of videos and photos. “I feel so special! Shout out to @illuminationpr and @djpaulyd for the ultimate surprise party & @harrahsresort #martoranosac for making it such a great night and everyone for coming ♥️.”

She added, “What a fun night for @jwoww bday. This night goes down in the books as my favorite. Love u guys @jwoww @chris_e_piss_e @deenanicolemtv @djpaulyd #ac @harrahspoolac #lovebirthdays.”

“Such a fun night with some of my best last night,” Cortese wrote. “Happy Birthday J! Love you mama ! @harrahsresort @harrahspoolac #family @poolafterdark.”

JWoww’s BFF Nicole “Snooki” Polizzi, who is pregnant with her third child, was unable to attend the party. But she was there in spirit. And, in other ways. JWoww gave her bestie a shout-out via an Instagram Story video, which her pal later reposted, writing, “LMAO I missed a good time last night.

Snooki has been supporting JWoww as she deals with a nasty divorce from husband Roger Mathews, with whom she shares two children.

JWoww celebrates at the surprise 33rd birthday party her Jersey Shore cast mates helped throw for her at the Martorano’s Italian restaurant at Harrah’s in Atlantic City. The party then continued at Pool After Dark, where DJ Pauly D performed for his first night of his residency. 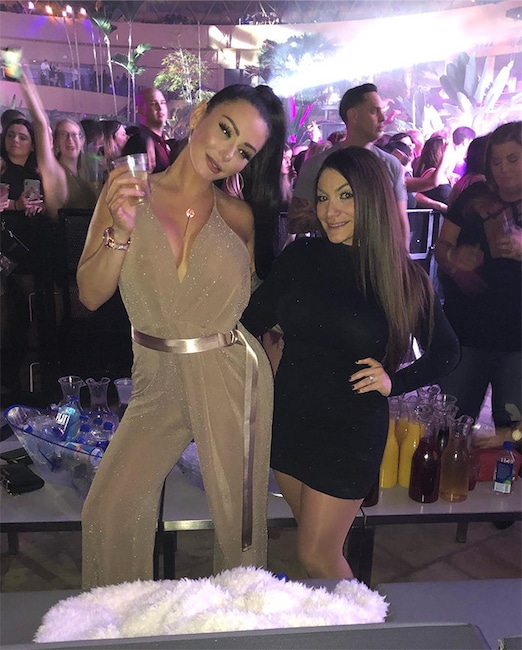 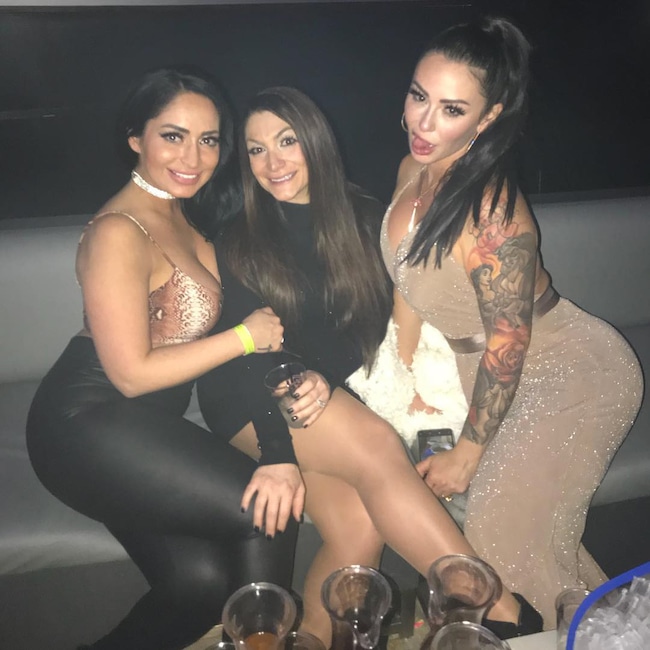 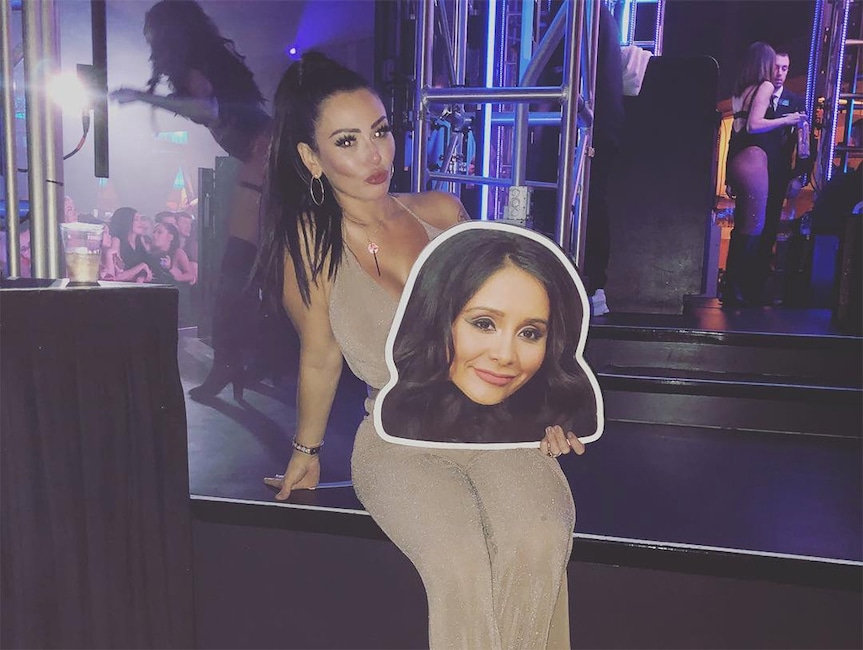 …but she got to take part in the festivities anyway. 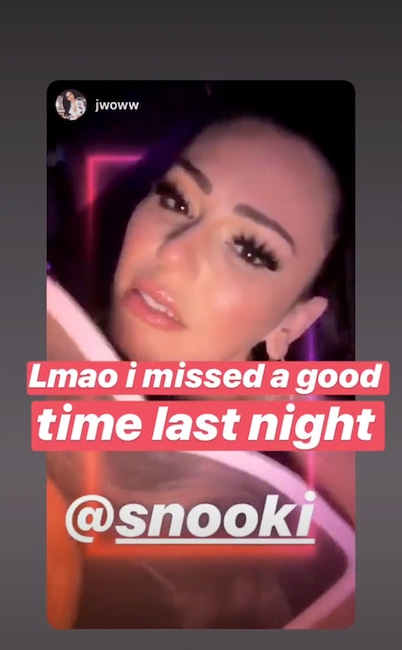 JWoww gives a shout-out to her bestie from the party. 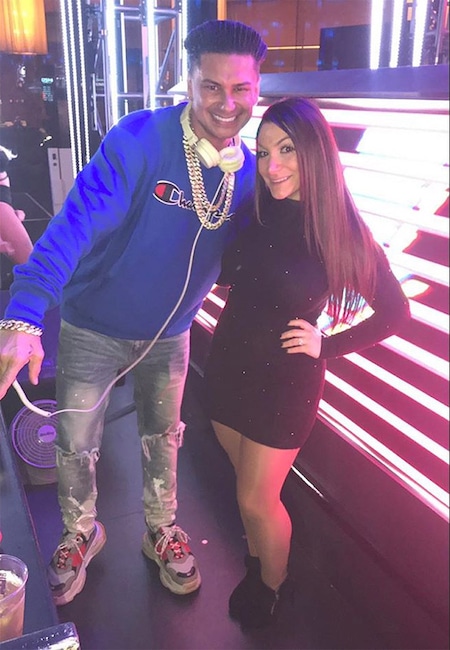 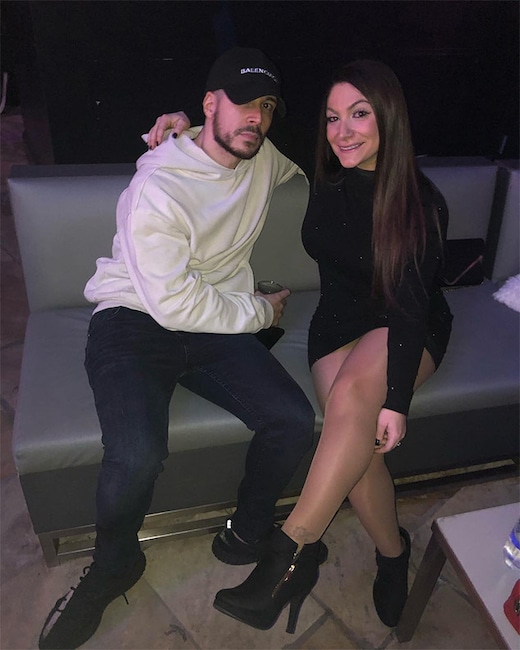 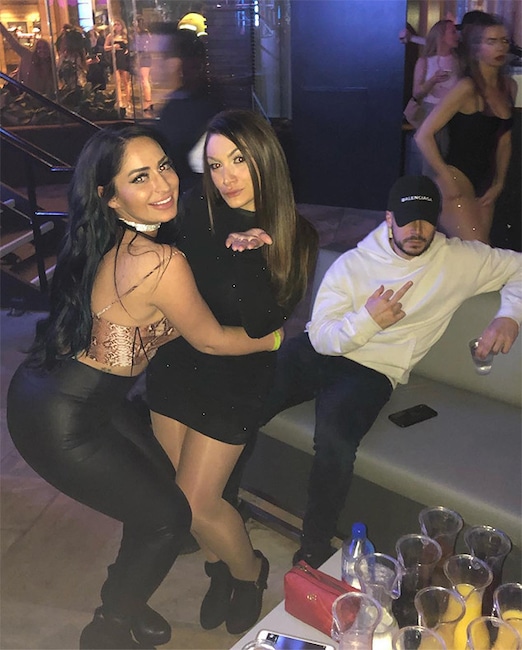 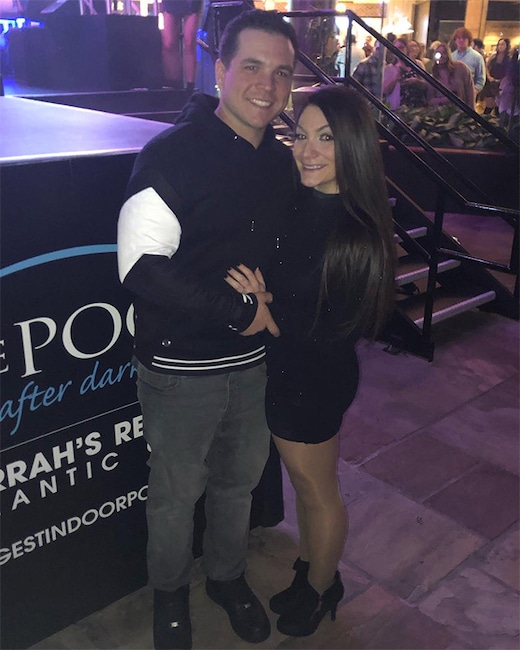 Deena Cortese poses for a pic with husband Christopher Buckner. 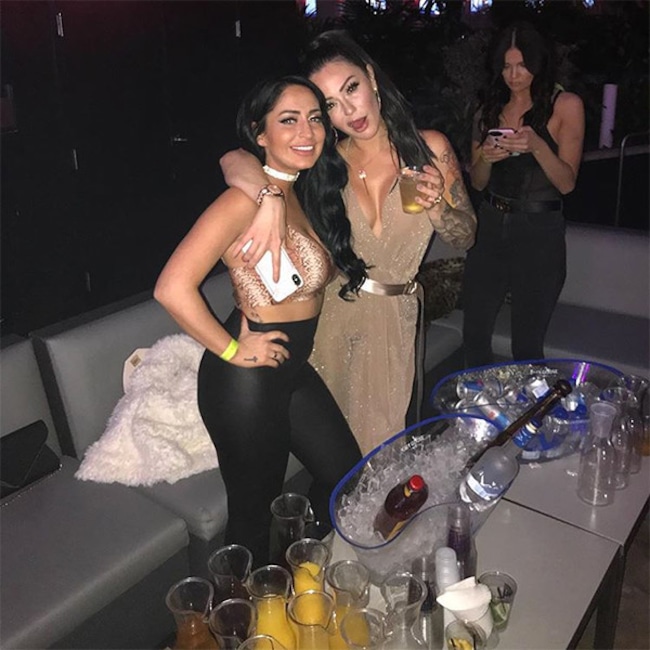 Angelina Pivarnick and JWoww pose for a pic together. 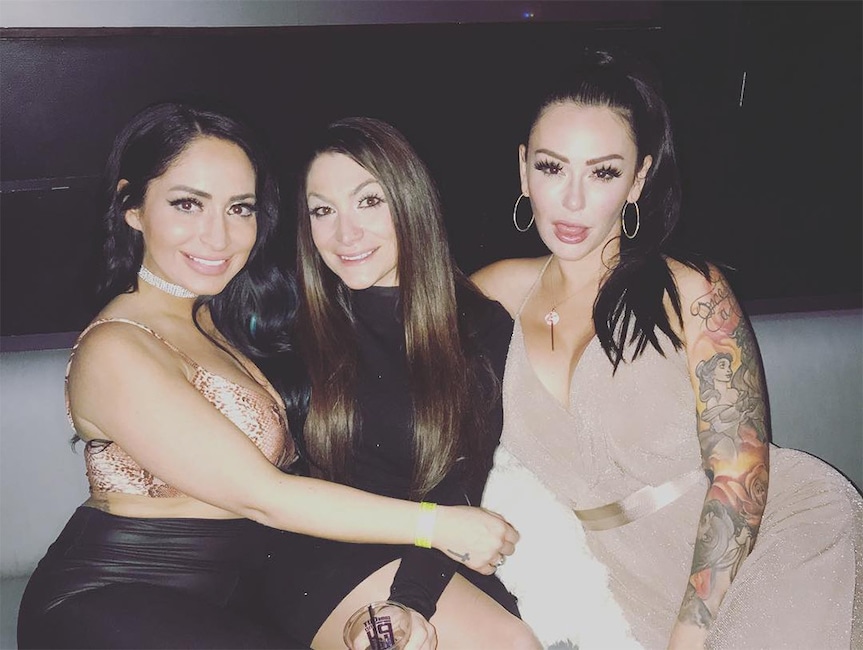 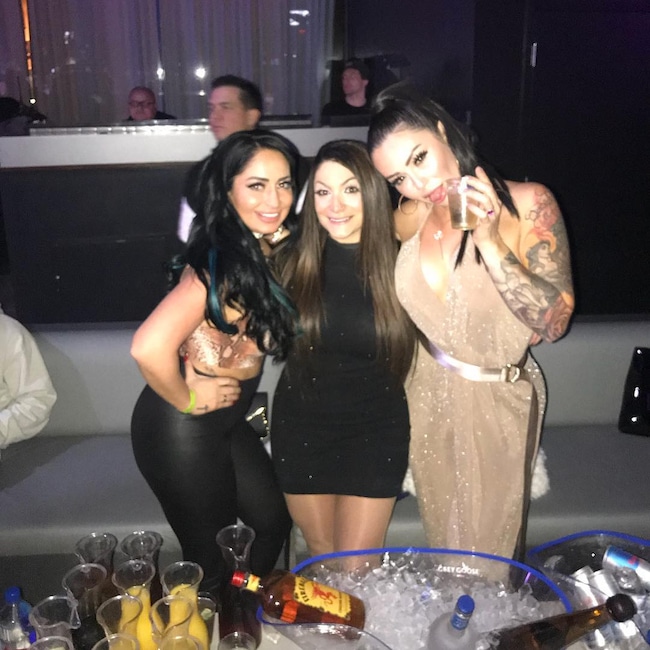 JWoww celebrates with her girlfriends. 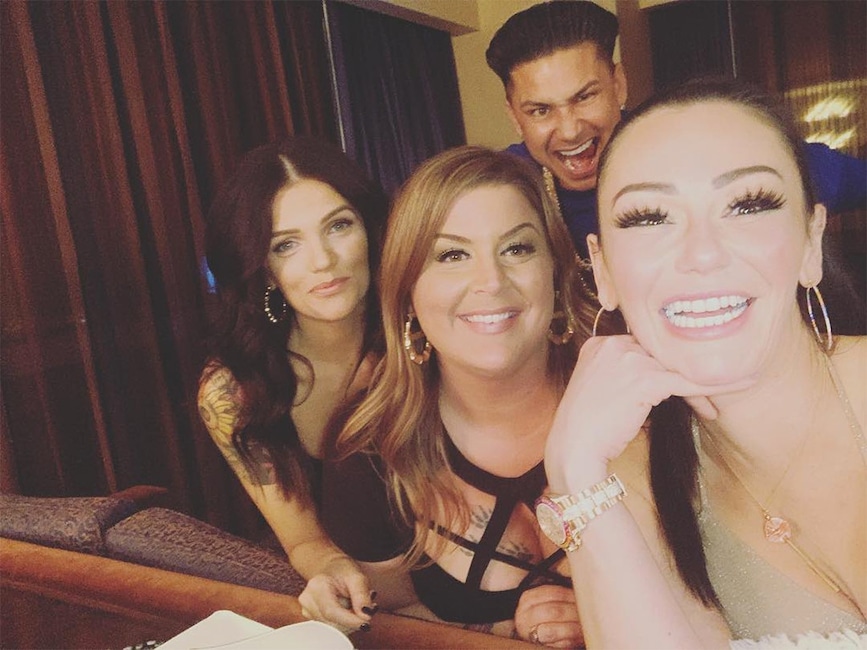 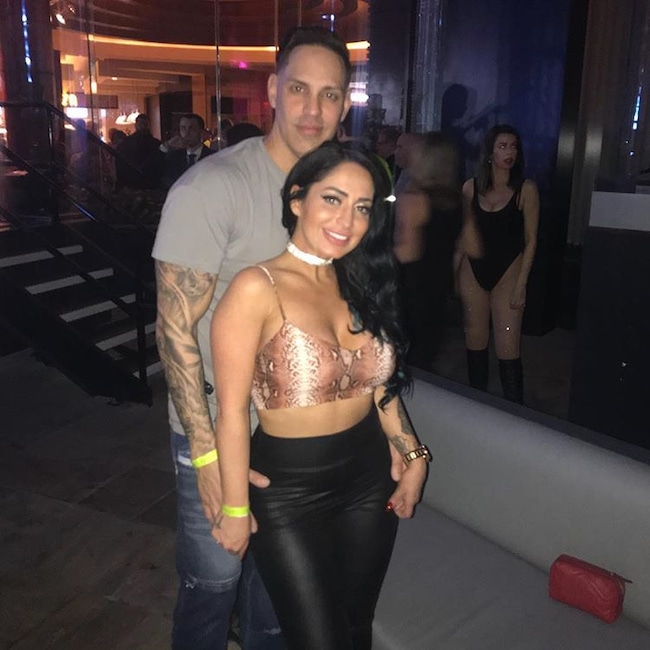 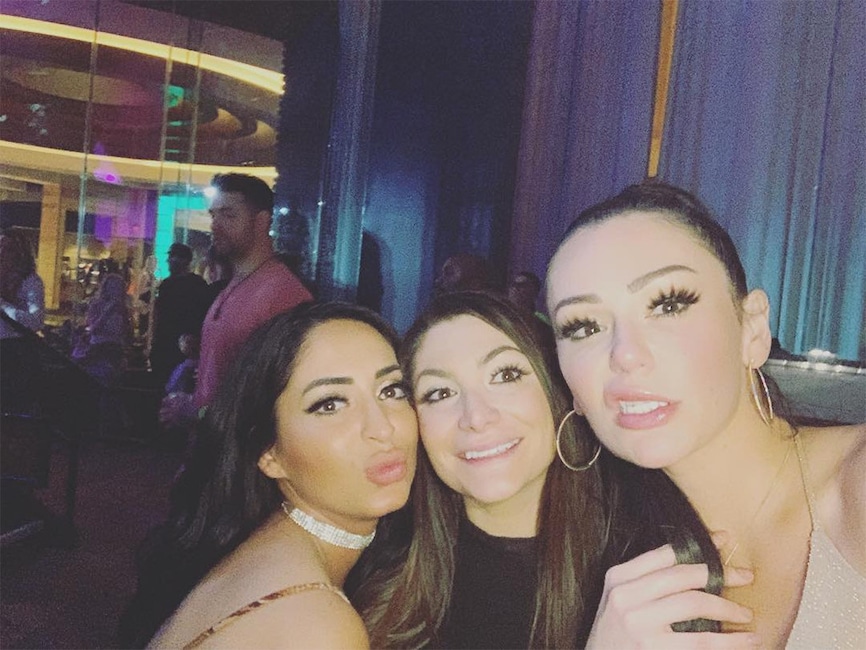 “BEST BIRTHDAY EVER,” she wrote on Instagram. “Still in awe.”