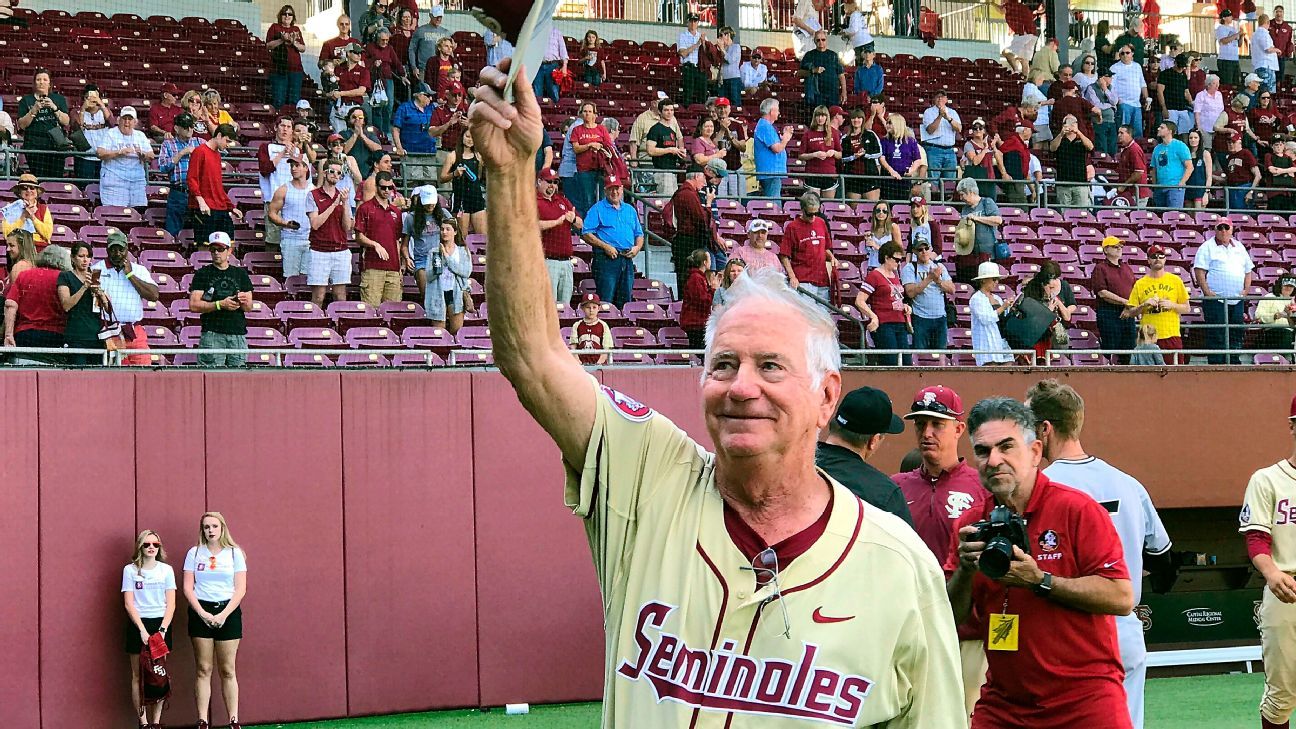 Florida State’s Mike Martin, already the winningest coach in college baseball history, became the first NCAA coach in any sport with 2,000 wins, reaching the mark with Saturday’s 5-2 victory over Virginia Tech in the second game of a doubleheader

Martin, who has coached the Seminoles for his entire 40-year career, is set to retire at season’s end. He became the NCAA’s all-time winningest coach in May 2018, when he notched his 1,976th win to pass the late Augie Garrido.

Asked Saturday what he wanted to tell his players after his 2,000th win, Martin, 75, gave the credit to his coaches.

“Just going to tell them that the credit goes to the coaches that have been on our staff 35 years, for some guys, like Chip Baker,” he said, referring to the Seminoles’ director of baseball operations.

Martin went on to mention some of the program’s assistant coaches.

The Seminoles, who improved to 13-1 this season, have reached the NCAA tournament and won 40 games in every one of Martin’s years as their coach. He has led the team to 16 College World Series appearances.