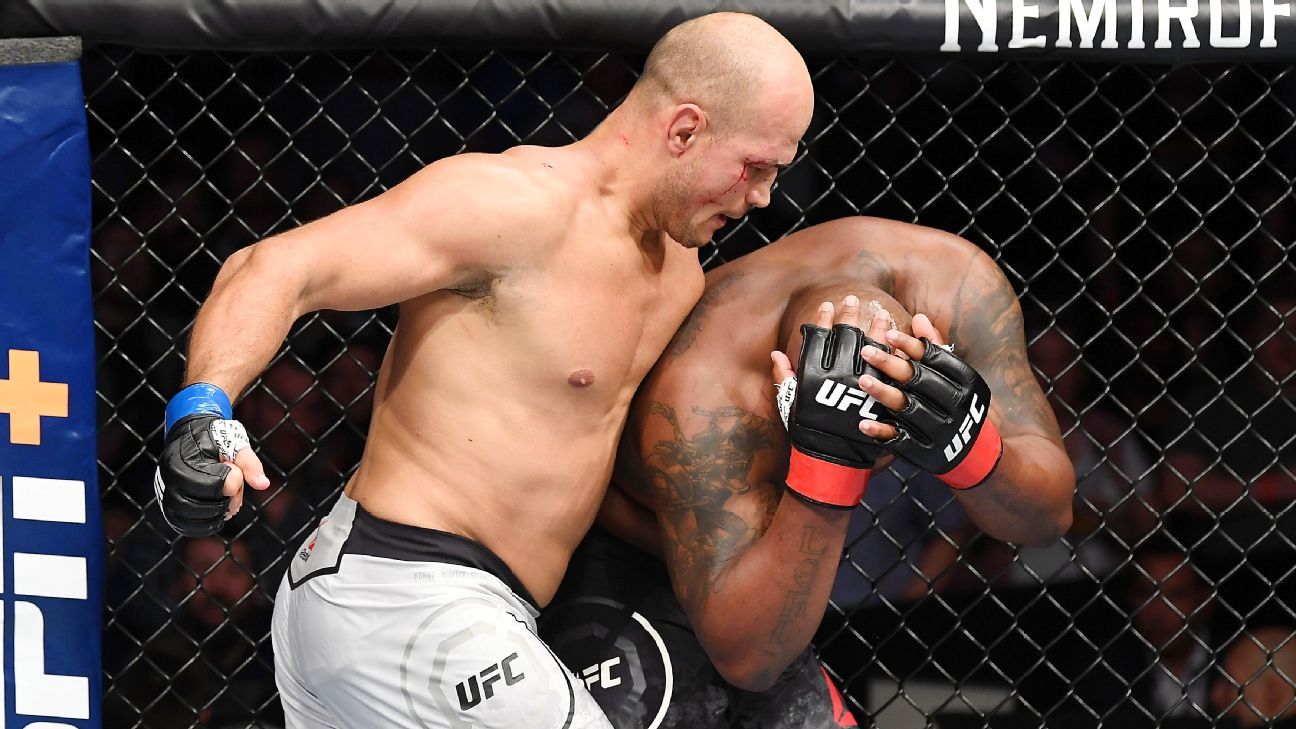 It has been nearly two years since Junior dos Santos fought for a UFC championship, but he might not be far off from a return to the top.

Dos Santos (21-5) collected his third consecutive victory Saturday night, stopping Derrick Lewis at the 1-minute, 58-second mark of the second round. The heavyweight bout served as the main event of UFC Fight Night at Intrust Bank Arena in Wichita, Kansas.

The stoppage came courtesy of a jab-cross combination by dos Santos. He is now 3-0 since returning from an unfortunate drug suspension in 2017, which was ultimately traced to a legal, contaminated supplement he’d ingested.

“I have combinations, and I work on my combinations all the time,” dos Santos said. “We knew at some point we would connect with a good punch.”

The heavyweight bout was short, but wildly entertaining — and it featured several swings in momentum.

Lewis, of Houston, barely made it through the opening round, but still posed a threat with the right hand. Dos Santos played it perfectly in the second round, as he walked Lewis to the fence and timed the right cross. It is the fourth knockout loss of Lewis’ career.

Dos Santos, 35, is looking to reclaim the heavyweight title he held between 2011 and 2012. His most recent title fight came against Stipe Miocic in May 2017, when he suffered a first-round knockout loss.