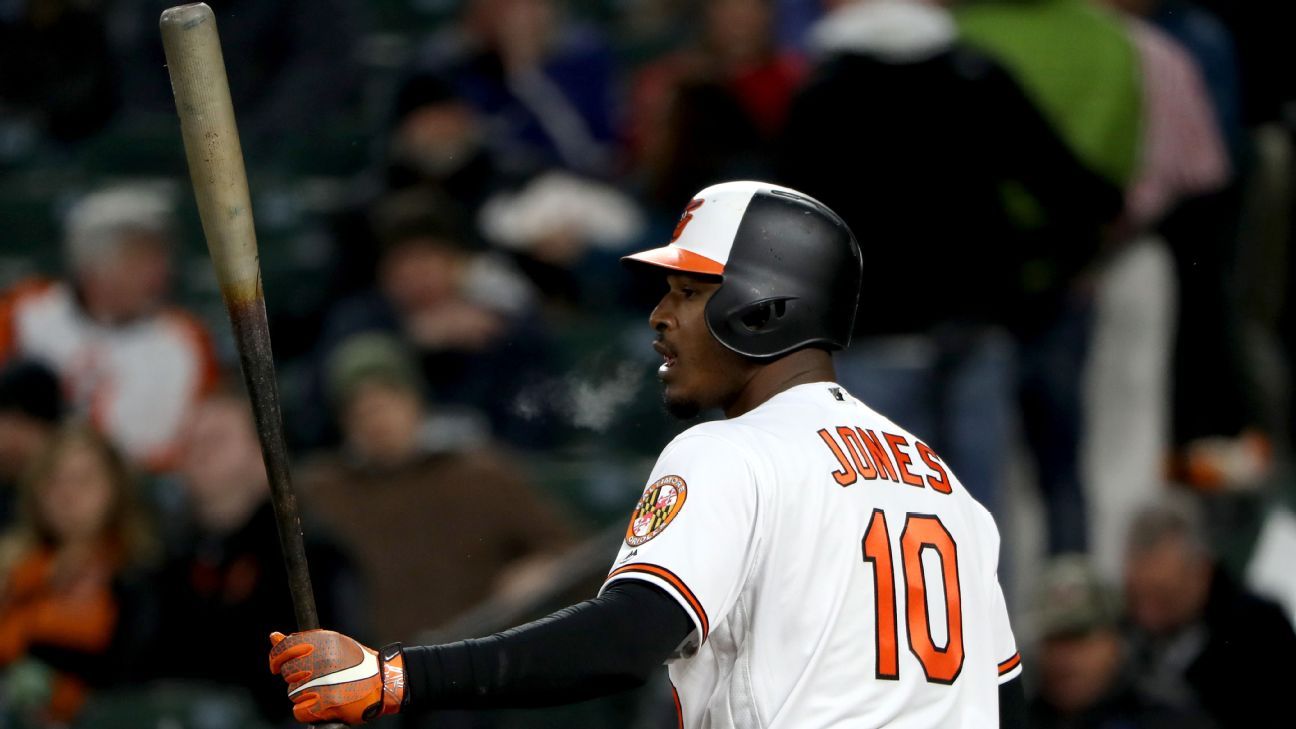 A former first-round pick of the Seattle Mariners in 2003, Jones was one of five players traded to the Baltimore Orioles in return for pitcher Erik Bedard. Since joining the Orioles, the 33-year old outfielder has been named an All-Star five times and has won four Gold Gloves.

In 2018, Jones batted .281 in 145 games. His 15 home runs and 63 RBIs were his lowest totals in both categories since joining the Orioles in 2008. A centerfielder for the majority of his career, Jones moved to right field in August after the rebuilding Orioles called up prospect Cedric Mullins.

In late July, Jones made headlines when he vetoed a trade that would have sent him to the Philadelphia Phillies.

A native of San Diego, Jones has established deep ties to the mid-Atlantic. A product of the Boys and Girls Club, he’s developed a reputation for being one of MLB’s most community-minded players, donating time and money to multiple organizations in and around Baltimore.