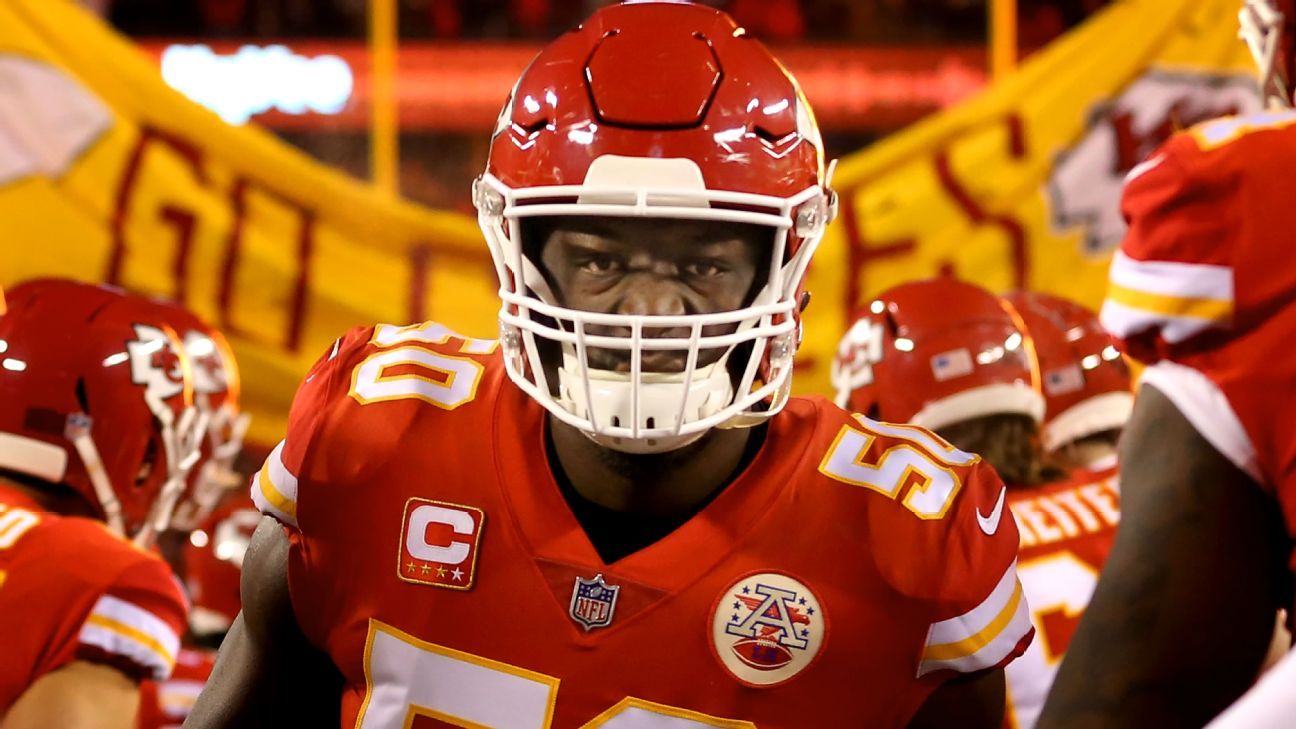 The Chiefs had tried to trade Houston, but no team was willing to pick up the $15.25 million base salary he was due this season, a source told ESPN’s Adam Schefter. Houston is now a free agent.

Houston, who turned 30 in January, joined Kansas City as a third-round draft pick (70th overall) from Georgia in 2011. He quickly showed his immense pass rush ability by getting three sacks in a game against the Bears as a rookie. He had 22 sacks in 2014, missing the NFL record by a half-sack.

Houston hasn’t come close to that standard since. His best sack total in the last four seasons is 9.5 in 2017. Houston has 78.5 career sacks, leaving him fourth on the Chiefs’ all-time list.

in 2015, Houston signed a six-year contract worth $101 million, making him at the time the highest-paid defensive player in NFL history.

Houston was more than just a pass rusher for the Chiefs. He was an excellent all-around player who defended the run well. He was chosen to play in the Pro Bowl three times and was a first-team All-Pro selection in 2014.

“Justin has made a lasting impact on this franchise and I can’t thank him enough for his contributions over the years,” Chiefs general manager Brett Veach said in a statement. “These decisions are never easy. I have a great deal of respect for Justin as a player and person and I wish him and his family the best moving forward.”