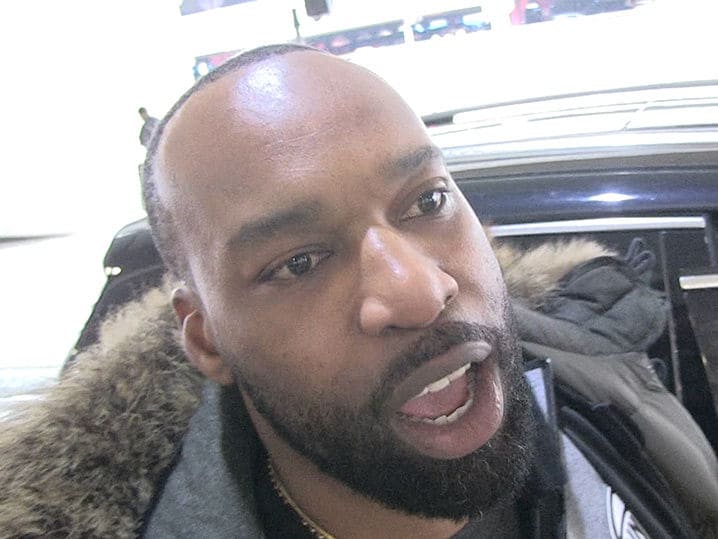 Baron Davis says this Lakers team could DEFINITELY make the playoffs … if they were led by a 34-year-old version of Kobe Bryant.

That’s this same team … same roster, except Kobe is leading them instead of LeBron James, whose current Lakers team is 5 games out of the playoffs with under 20 left to play.

Baron is starring in a new Fuse TV show called “WTF Baron Davis,” and when we got him out at LAX we asked if Kobe could’ve achieved the goal with the same squad.

Before you think this is a LeBron bashing session … IT AIN’T … Davis says the Lakers definitely could’ve been successful this year with James, but injuries and trade rumors derailed the season.

“You can’t just put all the blame on LeBron, I think the Lakers got disconnected from what they was trying to do.”

Remember, Kobe DID do it … going Ham in the 2012-13 season down the stretch, DRAGGING a banged up and dysfunctional Lakers team to the postseason, before tearing his Achilles.

Maybe that’s what prompted Baron to give his last vote of confidence.

“Of course Kobe could do it, it’s f*cking Kobe Bryant.”