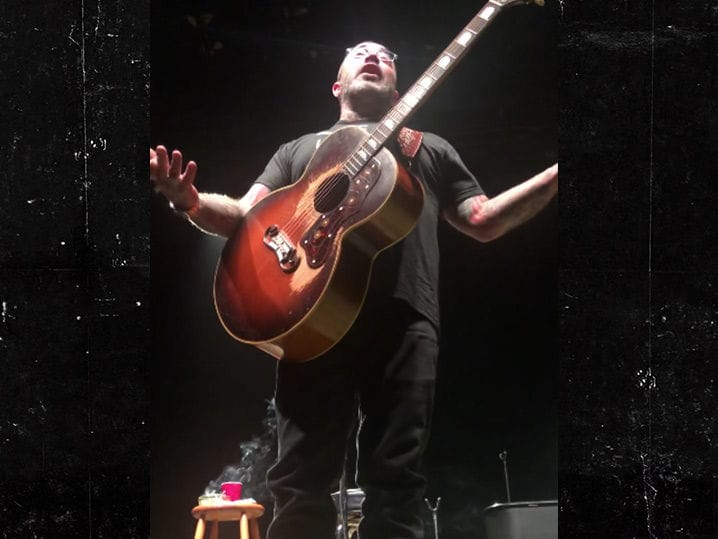 Will You Please Shut the F*ck Up?!?

Staind frontman Aaron Lewis had another tough night on tour — he couldn’t get a handful of chatty spectators to shut their yap, so he stormed offstage … again.

The country-rock star was performing solo Saturday night in Oklahoma City, where he cut his set short toward the end of the show … but not before laying into some members of the crowd with a good old-fashioned, “Shut the f*ck up!!!”

After some folks wouldn’t abide by his demand, he stopped strumming his guitar … and lectured the crowd on how he technically doesn’t need to do this. Aaron then gets on the mic and continues the berating, telling the talkers they’ve been yapping all night.

Eventually the crowd quiets down enough for him to continue with the performance, but just a few seconds into the song … he stops and slams his guitar down, leaving the stage.

This ain’t the first time Aaron’s had crowd control issues at his shows lately. He did the exact same thing in Texas just last month … but took things up a notch by saying he didn’t speak Spanish ’cause he’s American. Some Spanish speakers were trying to communicate in their language, but Aaron was clearly having none of it.

He also laid into a heckler a couple months before that in Indianapolis, calling the guy a “bald motherf***er.”

A lesson to those who wanna watch Aaron Lewis live … look on in silence, or else!